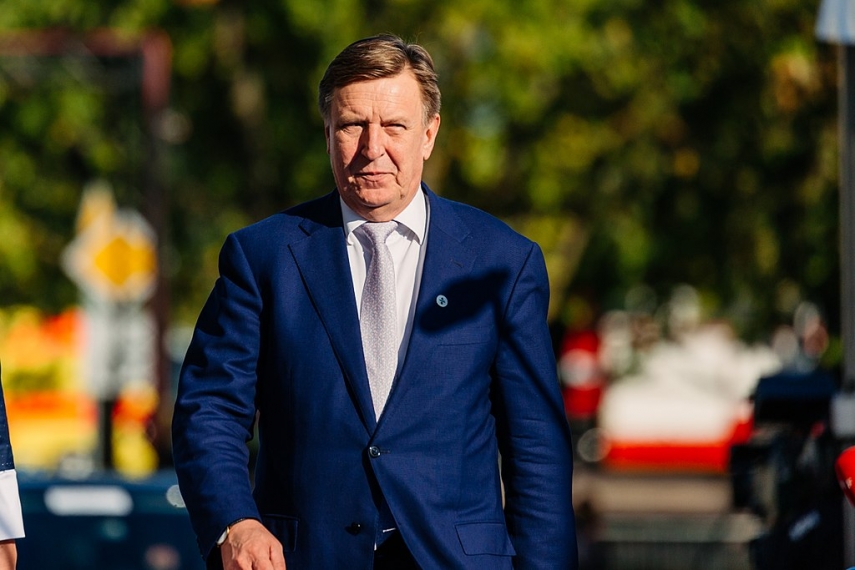 RIGA - Although the New Conservative Party has already started discussions about distribution of ministers' portfolios in the next government, outgoing Prime Minister Maris Kucinskis (Greens/Farmers) believes that any speculations about the next prime minister would be premature.

Speaking on LNT television, Kucinskis declined to say whether Janis Bordans from the New Conservative Party and Aldis Gobzems from KPV LV were suited for the prime minister's job. Coalition talks have only just begun and political parties are trying to see if they will be able to work together, and any speculations about the next prime minister would be premature.

While some parties love to say that they have won the election, none of the parties will actually have a majority in the 13th Saeima, said Kucinskis. He believes that the next government will be very fragmented, and the next premier will have to work hard on harmonizing political decisions. Given the fragmentation, no ideal government is possible, added Kucinskis.

He believes that forming a broad coalition would be the best solution, and the more experienced parties should be invited to join the coalition. Kucinskis refused to say which ministries the Union of Greens and Farmers would like to be in charge of if, contrary to Bordans' position, the party was offered to join the coalition, but he did say that Greens/Farmers always wanted to have the agriculture minister's portfolio.

Kucinskis also said that he would not work in the next government. Commenting on the future of Greens/Farmers, he said that the party's ill-wishers "should not hold their breath" and that Greens/Farmers would not split.