Andrew H.C. Lee: “What is happening to Taiwan and Ukraine might turn up on anyone’s doorstep someday” 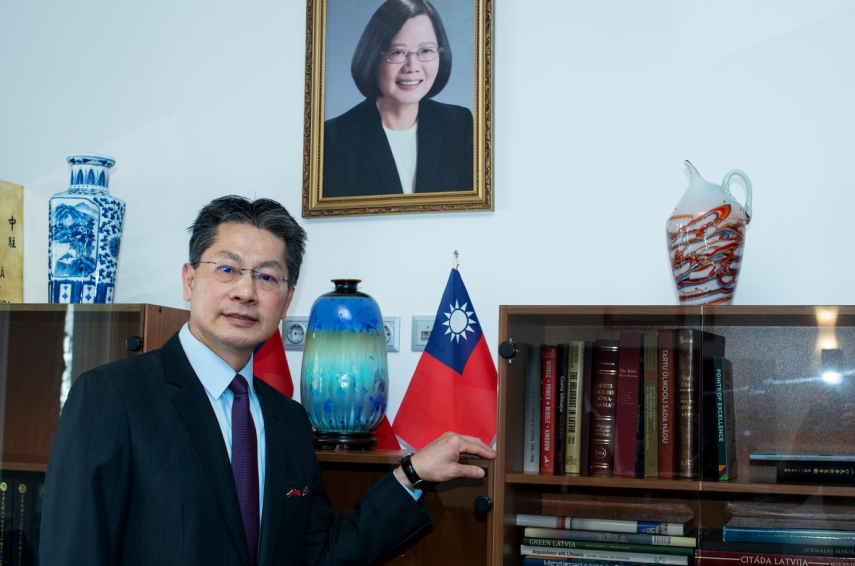 The US House Speaker Nancy Pelosi visited Taiwan on 2-3 August accompanied by a congressional delegation, making her the highest-profile American official to do so in 25 years.  Against the backdrop of ongoing Ukrainian war and China’s accelerating aggression and intensified military maneuvers in the East and South China Sea, and the Taiwan Strait, Speaker Pelosi’s visit to Taiwan and countries in the region is especially timely and meaningful. This trip sends a strong signal to the international community that the U.S. stands with the values of freedom and democracy, independence and sovereignty, and rules-based international order. It also shows the American solidarity with Taiwan in the fight against the authoritarian expansionism and military threat to safeguard the peace and stability in the Taiwan Strait and beyond.

More than five months into Russia’s brutal invasion of Ukraine, we have seen that China is still standing by Russia, denying Russia’s atrocities, and echoing Russian propaganda around the world.  In East Asia, China has rocked the boat by launching a new military offensive in retaliation for Speaker Pelosi’s visit to Taiwan.  In addition to imposing a series of bans on thousands of food imports from Taiwan and its export of natural sand to Taiwan, China has geared up for major military drills in six designated zones around Taiwan. The military actions include live-fired ammunition in surrounding waters, sending warplanes and ships across the sensitive median line in the Taiwan Strait, and launching Dongfeng ballistic missiles around and over Taiwan, with five of them landing inside Japan’s Exclusive Economic Zone off its coast.  As an unprecedented provocation, the Chinese People’s Liberation Army held air and sea combat drills to the north, southwest and east of Taiwan from 4 to 7 August, involving more than 100 aircraft and 13 vessels.

Along with the military actions and weaponising trade tactics, China has also launched extensive cyberattacks targeted at Taiwan’s governmental agencies and key industries, and shut down its social media sites.  Such acts  are highly provocative, dangerous and irresponsible, and have raised tension in the region to their highest level in decades. China’s military adventurism and economic offensive have not only severely jeopardized the peace and stability across the Taiwan Strait, but also seriously undermined the safety of sea lines of communication and international trade, subverted the norms and principles of the international community, and rules-based international order.

The Taiwan Strait is a strategic corridor that connects the South and East China Seas, and provides security to Taiwan and critical mobility for international trade and freedom of navigation to the international community.  China’s military drills in the waters around Taiwan have disrupted key trading routes for cargo and commodities sailing around.  Considering Taiwan is the 18th largest economy, key player in global  ICT industry and supply chains, it is a timely reminder of the severe impact a conflict over Taiwan could have on global trade and the peace and stability in the region.

Given the severity of the Chinese military threat and serious impact on the peace and stability in the Taiwan Strait and Indo-Pacific, in the past few days, more than 40 countries’ executive and legislative branches have voiced their concern over China’s provocative behavior, and demonstrated solidarity with Taiwan. Furthermore, G7 Foreign Ministers and the High Representative of the European Union issued a joint statement on 3 August expressing concern about "threatening actions by the People's Republic of China (PRC)," saying that live-fire exercises and punitive economic measures risked "unnecessary escalation.

" The statement indicated that “The PRC's escalatory response risks increasing tensions and destabilizing the region," and there was "no justification to use a visit as pretext for aggressive military activity in the Taiwan Strait."  The statement also called on China "not to unilaterally change the status quo by force in the region" while reaffirming a "shared and steadfast commitment to maintaining the rules-based international order, peace and stability across the Taiwan Strait and beyond."
On 5 August, Vice-President of the European Commission and High Representative Joseph Borrell went further by stating at the 29th ASEAN Region Forum (ARF) that EU is “strongly concerned by the actions of China which fired ballistic missiles overflying Taiwan and several of them landed in Japan’s EEZ, “Nobody should unilaterally change the status quo by force in the region, and we need to resolve corss-Strait differences by peaceful means.”  He called on all parties to exercise restraint, to act with transparency and to maintain open lines of communication to prevent any miscalculations that could lead to tragic consequences.

At a time when we are faced with challenges resulting from ongoing Russia’s intensifying war against Ukraine, China’s growing military threat and punitive economic measures as well as its markedly strengthened strategic partnership with Russia, close coordination and cooperation is extremely crucial and essential for like-minded countries and democratic allies.

While Ukrainian is fighting a war against Russia, on the other side of the world, Taiwan is now under tremendous military pressure from China.  Taiwan will neither escalate conflict nor instigate disputes. However, we will not succumb to whatever pressure imposed by China, instead we will  stand strong as a beacon of democracy, and resolutely defend our security,  independence and sovereignty.
What is happening to Taiwan and Ukraine might turn up on anyone’s  doorstep someday, if we don’t jointly act now to stop the bully or aggression.