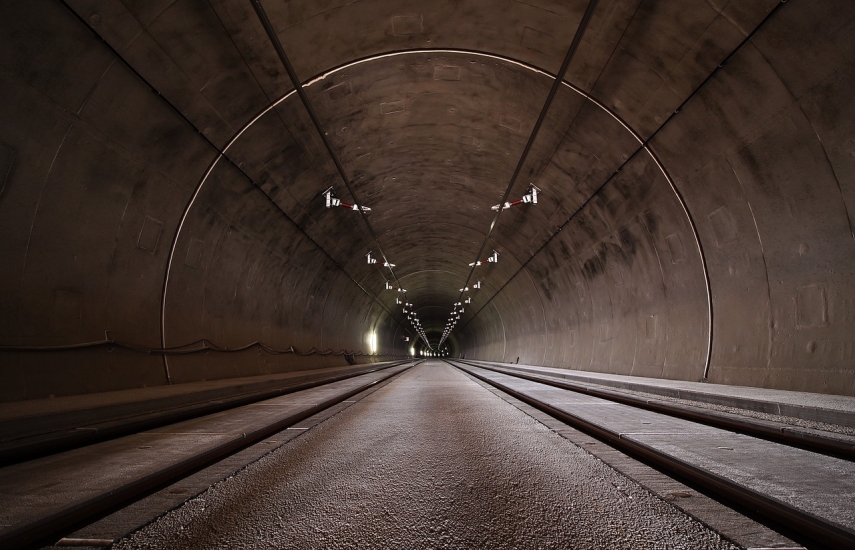 TALLINN – According to calculations by the FinEst Link project investigating the feasibility of the planned Tallinn-Helsinki tunnel, the annual number of passengers between the cities will increase to 23 million people by 2050, while cargo carriage is to grow to 8.4 million tons per year by the same year.

According to the FinEst Link feasibility study, the undersea railway tunnel would bring major savings for cargo in terms of travel time and cost. The FinEst Link project foresees significant growth potential for cargo if the tunnel is built. The estimated amount of goods carried by railway tunnel and ferries in 2050 is 4.2 million tons, which means that the annual cargo carriage is 8.4 million tons. Approximately 3.8 million tons of cargo per year is carried between Helsinki and Tallinn at present, it appears from the calculations of FinEst Link.

The feasibility study of the FinEst Link project said that passenger numbers are to also increase on ferries regardless of the fact that daily commuters would prefer the tunnel for travelling. If the tunnel is not built, the study expects to see 14 million passengers on ferries in 2050.

Consultants of the FinEst Link project suggest using European standard 1,435 mm gauge railway which would also connect Helsinki's Vantaa Airport with Tallinn Airport. This would ensure a direct route for cargo from Finland and Estonia to Central Europe without additional time needed for loading or storage. Air passengers can use the railway to travel from Vantaa Airport or Tallinn Airport to Warsaw without having to change trains on the way.

The reloading of goods from the Finnish 1,524 mm gauge railway to the European 1,435 mm gauge or vice versa will occur in the area of Vantaa Airport, in the so-called airport noise area, where large goods terminals would be located, which will service the cargo exchange passing through the tunnel. The goods would be transported by trucks via the planned Ring Road 4 (Keha 4) or via the Hanko-Hyvinkaa track with the Finnish gauge and onwards to the Finnish national rail network. According to the project's analysis, cargo trains are to travel at a speed of 120 kilometer per hour in the tunnel.

On the Tallinn side, the railway tunnel arriving from under the Viimsi peninsula will connect the Rail Baltic and Tallinn-St. Petersburg railway connections and according to the vision, the cargo terminal planned in the Soodevahe region will service transport in both diretions. The railway tunnel -- along with Rail Baltic, railway connections in the direction of St. Petersburg and Tartu, the ports of Tallinn and Muuga and possibilities offered by the Ulemiste railway station and the Tallinn Airport -- will increase Tallinn's importance as a logistics hub in the Baltic Sea region and will enable to offer a competitive transport solution both in passenger traffic as well as the movement of cargo both on the north-south and east-west route.

According to the analysis, Helsinki and Tallinn are already forming a twin city, where people and goods move across the Gulf of Finland with ease regardless of the two hour travel time. After the opening of the railway tunnel, Helsinki and Tallinn will be able to develop into a unified working and living region. A passenger train will move at a speed of 200 kilometers per our and the two cities will be 30 minutes away from each other, which can be compared to a journey from one city district to another. A fast connection will open new possibilities both for business, investments as well as for tourism.

The FinEst Link project has analyzed the costs and benefits of an undersea railway tunnel between Tallinn and Helsinki. The results of the analysis will be presented at a final conference of the project to be held in Tallinn on February 7. The prime minister of Estonia and Finland last week announced that they support the idea of the tunnel if the cost-benefit analysis indicated that the project is economically viable.

"The Helsinki-Tallinn tunnel is not only a transport project as it would have much larger societal impacts. Finland would be closely linked with Europe and a unified, competitive greater metropolitan region would be created in the Baltic Sea region," FinEst Link project director Kari Ruohonen said.

When connecting with other transport projects in the pipeline such as the Arctic Corridor and Rail Baltic, the Tallinn-Helsinki tunnel would form the missing link from the Arctic through Finland and to the Baltics, Poland and Central Europe.

FinEsti Link is a research project funded by the European Union, which focuses on studying the feasibility of an undersea railway tunnel between Tallinn and helsinki. The total budget of the project is 1.3 million euros and it is co-financed from the Interreg Central Baltic program.

The project is led by the Helsinki-Uusimaa Regional Council in partnership with the cities of Helsini and Tallinn, the Harju County government, the Finnish Transport Agency and the Estonian Ministry of Economic Affairs and Communications.