An interview with Latvia's most experienced Music Publisher, Guntars Racs 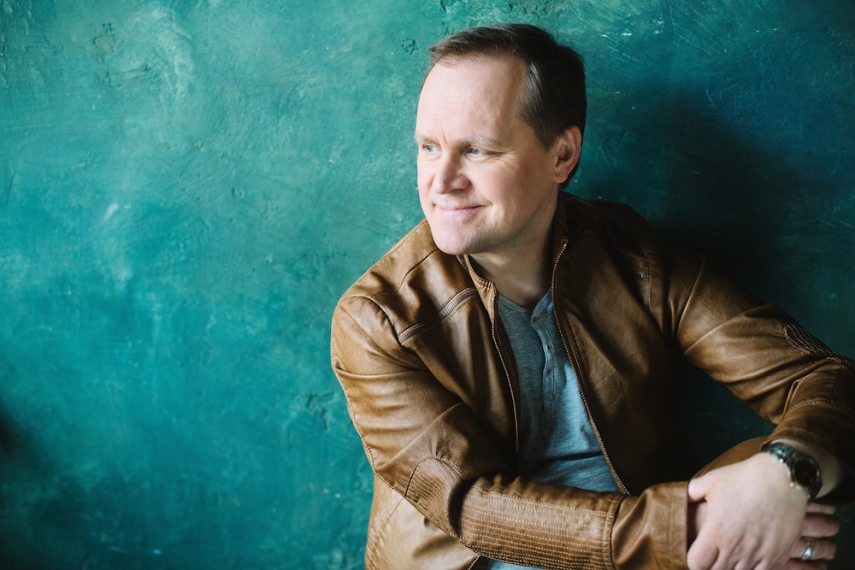 While preparations for the 61st Eurovision Song Contest are taking place in Stockholm, music entrepreneurs  all over Europe are getting ready to invade the Swedish capital for the world’s biggest yearly television show.

They all have the same agenda: To take home the trophy and win the Eurovision Song Contest. The three Baltic States, Estonia, Latvia and Lithuania are no exception to this, and Music Producers, Publishers and Artist Managers in Tallinn, Riga and Vilnius are getting ready to not only compete with the rest of Europe, but with each other.

One of these, Latvia’s most experienced Music Publisher, 51-year-old Guntars Racs of Microphone Records - a leading Riga Music Company - took time off from his busy schedule to give me some insight into the competition from a Latvian perspective. The Baltic Times asked him a number of questions:

The Baltic Times: Shortly after its debut in 2000, Latvia  had impressive results in the Eurovision Song Contest. The first year the group Brainstorm came in third place and in 2002 Latvia won the whole contest. But in recent years Latvia seems to have dwindled. What happened? How much interest is there in Latvia for the ESC and how seriously is it taken by Latvian artists and groups?

Guntas Racs: The reason is quite simple. The first year’s participants in our domestic competition were experienced artists who were looking for international marketing possibilities. But when their participation in the Eurovision Song Contest turned out to be just “five minutes of fame”, several big artists decided not to participate anymore and this left the door open for an influx of second rate artists and bands who were not  part of the regular Latvian music industry. Consequently the Latvian Eurovision contest turned into a platform for new names and this lasted for several years.

TBT: What did the victory in 2002 mean for Latvia?

GR: It was considered to be very special back then. There were extensive discussions around the venue where the contest should be held and there was a lot of discussion about the cost of the event. Unfortunately the winner was not from my established music company, but belonged to a less experienced management team, and all I could do was just sit there and watch the people concerned with making one mistake after the other. They didn’t really know how to exploit this unique success and consequently Latvia’s success just fizzled into nothing.  Two years earlier, my company, Microphone Records carried out extensive promotional activities with the group Brainstorm. Despite the fact that they didn’t win, and came in third place, Brainstorm is still today considered to be one of the most successful pop music groups in the Baltic States.  This goes to show that winning is not as important as what you do with the artist and song after the contest.

TBT: Tell us about this year’s Latvian Eurovision entry. What do you think are it’s chances in the final? Do you think Latvia will win the contest again?

GR: The song is called “Heartbeat” peformed by a 21 year old male singer called Justs Simrais. I was a member of the jury of this year’s Latvian Domestic Eurovision contest (known as Supernova). The artist Justs Sirmais was the leader since the first day. People just love him. He is handsome and the entry for the Eurovision is a strong and very modern song. Obviously I can’t say if we are going to win, but I feel sure that  we will reach the Top 10, and  that would be a great result. Microphone records is involved in preparing remixes for Justs song  “Heartbeat” and I must say, some of the mixes are even better than the original version. What would you expect me to say?

TBT: You are a text author. How many songs have you co-signed in Eurovision and what were the results?

GR: I’ve been quite successful. I’ve never ever counted how many songs with my lyrics or music have qualified for the local semi-finals, but quite a lot have.  As a music publisher I have had nine songs out of 17 that represented Latvia in the Eurovision Song Contest, but as a co-writer I have had three songs so far including one song performed in the Latvian language. It was a song entitled  “Dziesma par laimi” that was performed by Fomins & Kleins. I’m very proud of this fact, because this is the only song ever performed in Latvian on the international Eurovision stage.

TBT: Can a music publisher earn a substantial living on the royalties derived from music in the domestic market?

GR: It is possible to make a living, but in order to do so you need a huge catalogue of songs and small office consisting of only two-three very motivated and smart people. And you should be very active and fast and keep your costs low. We have international partners like Sony ATV (that acquired EMI Music Publishing who is our sub-publisher) and Warner Music Russia that acquired SBA Music Publishing, plus several smaller partners. And let’s say 50 percent of our income comes from abroad and the rest is from Latvia.

TBT: How would you compare the Latvian pop music scene with that of Estonia and Lithuania? Are there any similarities and what are the differences?

GR: Well, some time ago Latvia was the absolute leader in the Baltic States. We exported the most music of all three countries. Now things have changed and Estonia is now the leader in our region. Being so close to Finland and Sweden where The music business is one of the most active in the whole world, Estonia has been heavily influenced. Also the Estonian common language ties with Finnish people opens more doors for Estonian music artists into Scandinavia. So Estonia is the leader in our region followed by Latvia and lastly Lithuania. Sometimes one successful band can raise the level of the whole region. A good example of this is  the Estonian group “Ewert and The Two Dragons”.

TBT: How much influence did Russian language music have on Latvian composers and authors after independence? How would you describe the Russian music scene of Latvia?

GR: The Russian music scene in Latvia takes up about 30-40 percent of the market. This is mostly in the two biggest cities, Riga and Daugavpils. Most artists are from Russia, and we have few domestic Russian speaking stars in Latvia. But we have an enormous quantity of Russian language radio stations and TV programmes. We are geographically so close to Russia that no special receiving equipment is required to be able to view Russian radio and TV stations. However Russian music lovers have quite a different musical taste than Latvians. And to reach the whole spectrum of listeners in Latvia, you probably need to perform in 3 languages, Latvian, Russian and English. It is a huge problem really and language really does matter. Language is perhaps the last fortress of domestic music in Latvia. As long as the big international superstars sing only in English, our Latvian domestic business is more or less safe. But If some day international artists start to perform in domestic languages, we are finished! I really hope that this will never happen.

TBT: Is there a lot of music pirating in Latvia?

GR: Yes. It was huge during all the time I’ve spent in music business since 1992. I do not know of any other people in other businesses who have been robbed as much as our music industry . First it was cassette and CD duplicating and later it turned into internet piracy. The problem is that society supports those who rob us. Nobody cares about musicians, publishers and record companies. They want everything for free and with the internet it is so easy to get just that! The problem starts with the lack of education, since people do not understand the meaning of intellectual property. We are unfortunately still subject to Soviet mentality in the minds of some people. They do not seem understand that supporting people who exploit other people’s property constitutes theft.

TBT: Describe the main differences between the music industry in Latvia BEFORE and after independence from the Soviet Union.

GR: Before independence there was only one record company (Editor's note: it was the Soviet-state run lable, Melodiya). After we gained independence, many companies were formed and censorship was eradicated.

Footnote: Guntars Racs is one of the most experienced music publishers and songtext authors in the Baltic States. He is co founder and co owner of Latvia’s most successful music companies Microphone Records, and Micrec Publishing has more than 20 years of experience of discovering artists and songs. He is considered one of the experts on Baltic popular music.