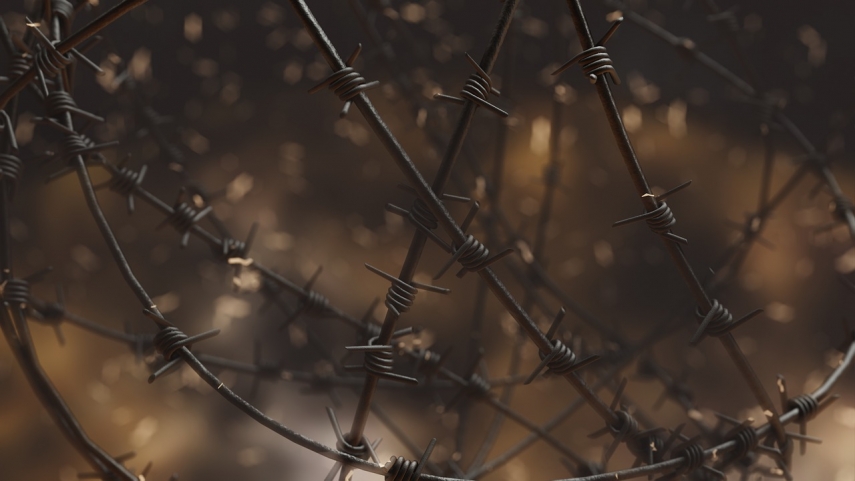 VILNIUS – Lithuania has already put up almost 40 kilometers of concertina razor wire along its border with Belarus, the Interior Ministry said after Monday's meeting of the government's commission on extreme situations.

"Our current goal is to cover 82 kilometers of the most dangerous section of the state border," Interior Minister Agne Bilotaite said in a press release, adding that "a state-owned energy company has undertaken to install a physical barrier [along the border] within a year".

The country currently has 516 kilometers of razor wire, with 306 kilometers of it purchased and the remaining 210 kilometers donated by Estonia, Ukraine and Slovenia. It is estimated that another 300 kilometers of wire is needed to cover the most vulnerable section of the border.

Migrants are currently being transferred to heated premises in several large accommodation centers, with all of them expected to be moved out of temporary accommodation provided by municipalities by early October.

Social Security and Labor Minister Monika Navickiene said during the meeting that all vulnerable persons had already been moved out of tens.

Under an agreement with the Social Security and Labor Ministry, the most vulnerable groups, such as families with small children, pregnant women and people with disabilities, are currently being accommodated in the Rukla Refugee Reception Center and a modular housing camp set up in the central Lithuanian town, and a former hostel in Naujininkai, a district of Vilnius.

Lithuania's military and police continue to assist border guards in monitoring and protecting the border with Belarus, according to the press release.

A total 4,163 migrants have been caught attempting to cross into Lithuania from Belarus illegally so far this year, and over 2,800 people have been pushed back since August 2.