Alexela: The transition to cleaner fuels is necessary to achieve climate neutrality in transportation 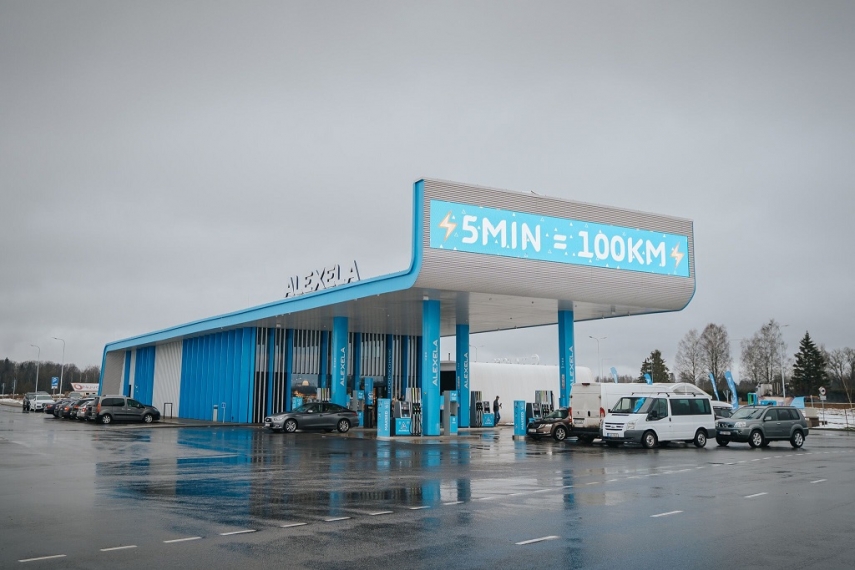 Yesterday, Alexela opened at its largest petrol station on the Tallinn-Tartu highway, by the Paia intersection, with two commercial fast charging points for electric vehicles. One of them is Estonia’s first ultra-fast electric car charger with a capacity of 160 kW, while the other has a capacity of 50 kW.

„Achieving climate-neutral transportation requires a transition to cleaner fuels and Alexela has taken up the role of becoming the pioneer of cleaner future fuels in Estonia. We have been the leader since 2012 in developing an infrastructure of gas filling stations and as of last year, we contributed more and more to the development of an electric filling station infrastructure”, said Aivo Adamson, chairman of the board of AS Alexela, at the opening of the electric charging points in Paia today.

“Our aim is to continue the development of filling stations for future fuels in line with general European directions. We have given a boost to the development of gas fuels in Estonia. Today, we take an important step in the rapid development of an electric charging infrastructure as an influencer of transportation fuels”, added Adamson.

"Today is a festive day for owners of electric cars. The opening of the sparked filling station at Alexela’s Paia intersection is an expressive example that Estonia lacks market resistance for the development of a charging infrastructure for electric cars, and a sign that the market is ready for the development of a commercial charging infrastructure”, noted Adamson.

As of today, on the Tallinn-Tartu highway, at the Paia intersection, in the largest filling station in the Baltic States, we have opened two fast charging points for electric cars. One of them is Estonia’s first ultra-fast charger with a capacity of 160 kW, which allows for a driving radius of 100 km with a mere five-minute charging period. The other charger has a capacity of 50 kW.