airBaltic launches flights from Tallinn to Malaga, Brussels and Copenhagen 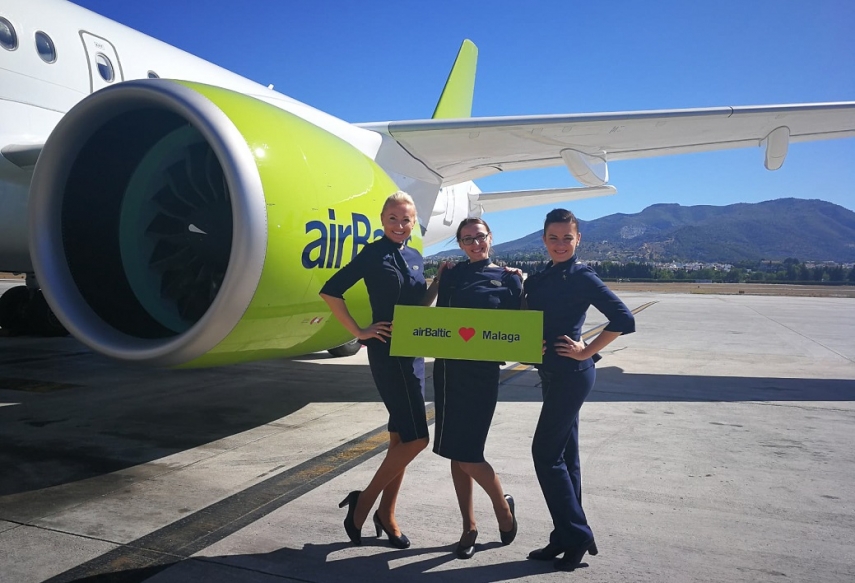 TALLINN - airBaltic has expanded its operations in Tallinn by launching three new flights to Malaga, Copenhagen and Brussels.

Chief Executive Officer of airBaltic Martin Gauss says: “We are delighted to add Malaga, Brussels and Copenhagen to our destination map from Tallinn. Now airBaltic offers a total of 12 direct services out of Tallinn and is the largest carrier in Estonia. airBaltic offers the best connectivity to and from the Baltic states in addition to convenient connections via Riga to our network spanning Russia, CIS, Europe and the Middle East.”

“One additional destination from Tallinn will be added by the end of the year – to Salzburg in Austria. In addition, we have seen strong interest from Estonian passengers for Tallinn–Malaga flights already before the launch, thus we decided to extend the service for a few months during the winter season,” Martin Gauss adds.

From Tallinn, airBaltic offers direct flights to Germany ( Berlin ), Amsterdam, London, Oslo, Paris, Stockholm, Vienna, Vilnius and now also to Malaga, Brussels and Copenhagen, as well as convenient flight connections via Riga. In addition, airBaltic also announced the launch of the 13 th direct flight from the Estonian capital to Salzburg, Austria. The seasonal direct flight between the two cities will start on December 21, 2019.

airBaltic serves over 70 destinations from Riga, Tallinn and Vilnius, offering the largest variety of destinations and convenient connections via Riga to its network spanning Europe, Scandinavia, the CIS and the Middle East. In the 2019 summer season, airBaltic has launched new destinations from Riga to Dublin, Stuttgart and Lviv as well as to Kos and Menorca.