Agricultural risks must be reduced 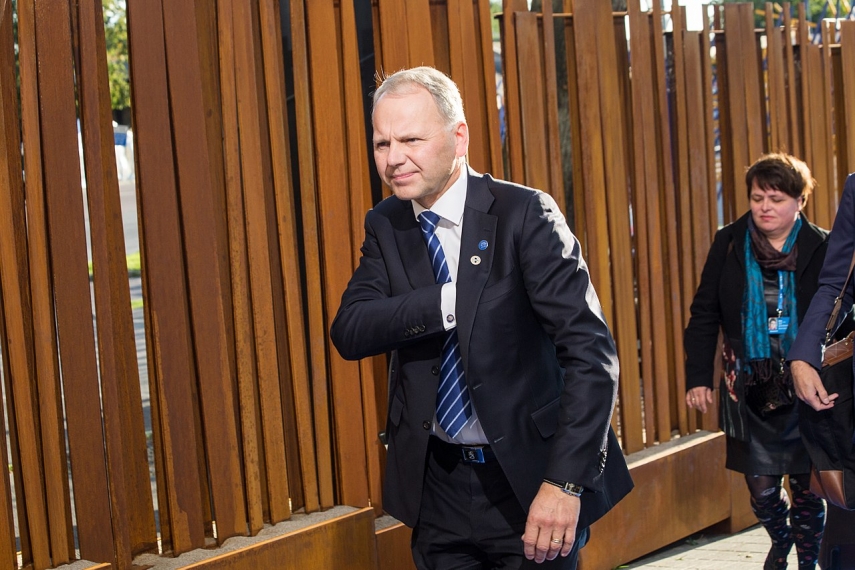 TALLINN – Finnish Minister of Agriculture Jari Leppa said that the European Union must make more of an effort to prevent and mitigate global, political and business-related risks concerning agriculture and added that farmers must not suffer due to Brexit.

"The main aspects which we have discussed with ministers in Tallinn in the framework of the Estonian presidency of the Council of the European Union, is risk management and coping with risks. Some of them concern business activity, prices are more volatile than what we are used to, in addition to that animal and plant diseases, the outbreak of them. In our region important local problems are also political risks, which are connected to Russia," Leppa told BNS.

"From the Finnish point of view it is most important to work with the aim that the risks be minimal and they should be prevented. Farmers must receive good advice from specialists and be well trained when it also comes to preventing and blocking the spread of various diseases and pests," Leppa said.

"For Finland, [Russian sanctions] have mostly impacted the profitability of agricultural production. Unlike Estonia, we did not experience a decrease in dairy cattle, the volume of production remained essentially stable, while prices fell 20 percent," the minister said.

"The main reason was that previously, we exported production with high additional value to St. Petersburg. After the elimination of the Russian market, we had to export dairy products to the global market, mostly milk powder, butter, and in some cases also raw milk. It is clear that these products will not create the usual price and additional value," the minister said, adding that the price of milk in Finland before the sanctions was 48 cents per liter, while by now, it has fallen to 37 cents per liter.

"Of course, there are also various measures on the European Union level for coping with crises. Firstly, the direct funding of the first pillar of the Common Agricultural Policy which stabilizes income and the targeted support of the second pillar. There is a common understanding in the European Union that both pillars and both measures are still necessary and they need to be developed so that they are better accessible. At present the problem, for example, is that farmers must wait too long for different support," Leppa said.

"According to Finland's vision, the Common Agricultural Policy of the European Union should be much simpler, we wish to see significantly simpler red tape for agencies and agricultural businesses. At present there is too intense of a burden of control mechanisms, applying for funding requires too much paperwork and different details must be extensively checked," the minister said, adding that in addition to profitability and funding, the priority of the Finns is ensuring that the Common Agricultural Policy does not suffer because of Brexit. "Farmers should not be the ones to pay for Brexit," Leppa said.

"Eggs contaminated by fipronil have seriously damaged the reputation of food manufacturers. A number of EU commissioners, including the Finnish commissioner, emphasized that the competitiveness of the European Union is based on food safety and the trust of the consumer must not be abused," the minister said, adding that when it comes to incidents like this it is important to have movement of information that is as open, smooth and quick as possible. "In light of this incident, it is necessary in the European Union to improve cooperation between food agencies, public authorities and companies even further in order to react quicker to these kinds of incidents."