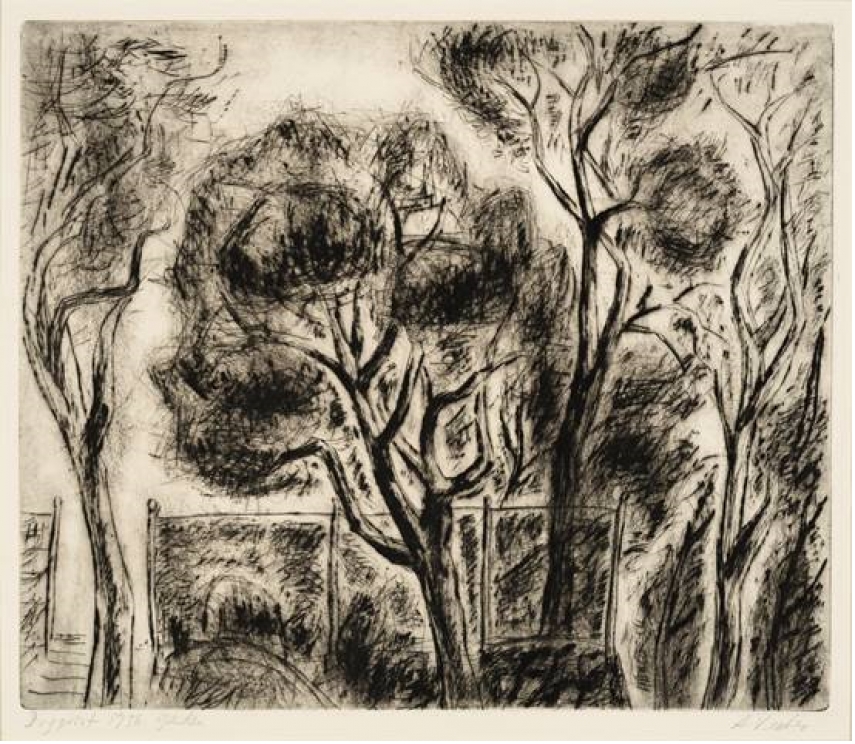 On Wednesday, 19 December, a new exhibition called Agathe Veeber. Well-known, but Still Unknown Estonian Printmaker will open in the Project Space on the 4th floor of the Kumu Art Museum. The presentation of the book accompanying the exhibition will take place on 20 December at 6 pm.

Agathe Veeber (1901–1988), who started her artistic career in Estonia and successfully continued her creative work in New York, is among the classics of Estonian art. The focus of this exhibition is the artist’s later works. For the first time, photos and archival materials introducing the artist’s life, which have reached the museum in recent years, will be included in the exhibition. A separate cycle in the exhibition is comprised of views of St Nicholas’ Church and its environs in Tallinn’s Old Town, where the artist’s home was located between 1940 and 1944. This is Agathe Veeber’s third solo exhibition at the Art Museum of Estonia. The earlier exhibitions occurred in 1982 and 2002.

Agathe Veeber’s oeuvre is filled with expressiveness, melancholy, spirituality and the static peace of still lifes, and it demonstrates a special affinity for landscapes and animals. In 1933, she entered Pallas, the higher art school in Tartu, to study with Ado Vabbe and Nikolai Triik, and graduated in 1938 as a graphic artist. Veeber’s artistic style crystallised in the 1930s and 1940s in the form of urban views and engravings with sacral themes. After the bombing raid in March 1944, the artist went to Vienna to study graphic art, and after World War II she ended up in refugee camps in Germany. There too she sought opportunities to deal with graphic art and participated in the surprisingly lively art scene in the refugee camps. After settling in the US in 1949, Agathe Veeber quickly achieved success. She was accepted as a member of the Society of American Graphic Artists (SAGA), which enabled her to participate in their annual exhibitions. Her works, especially her woodcuts and intaglio prints, with images of angels, were widely praised. While living in New York, her ties to the Pallas school were not severed; in fact, she perfected the style she had developed in Estonia and participated in the exile Estonian art scene.