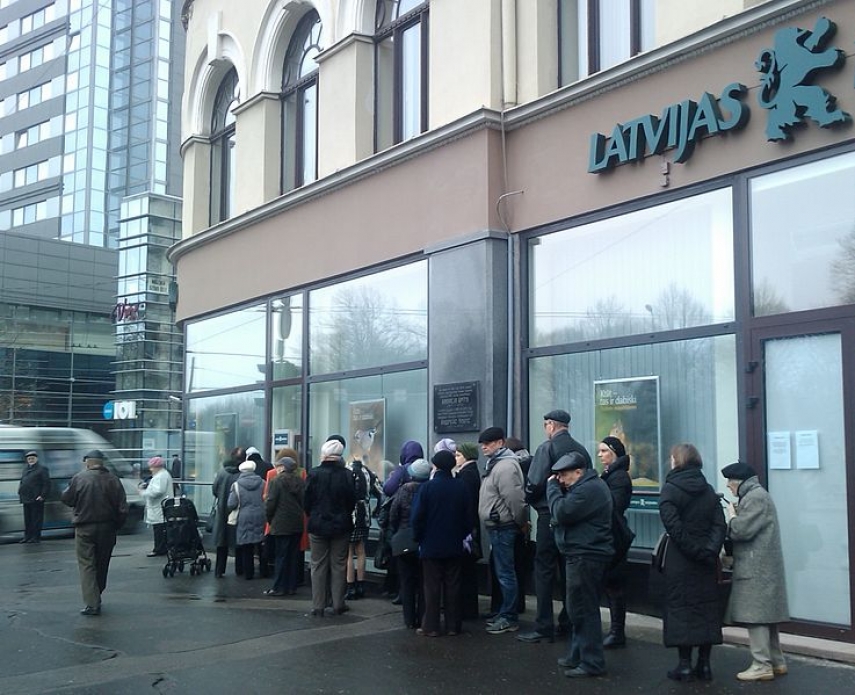 RIGA - The administrator of the to-be-liquidated Latvijas Krajbanka, recovered EUR 7.198 million in 2017, according to a report published in the official gazette Latvijas Vestnesis.

In December 2017 the administrator recovered EUR 123,223. The whole sum was recovered from the loans issued by the bank.

The costs of the Latvijas Krajbanka insolvency procedure has totaled EUR 173,519 in December, and EUR 1.717 million in full 2017.

The bank's capital was negative at minus EUR 499.342 million in late December.

Latvijas Krajbanka's assets at the end of last year stood at EUR 33.574 million.

The bank’s debt to the Deposit Guarantee is at EUR 223.945 million in late December, which is the same as a month ago.

On November 21, 2011, the Latvian financial watchdog, the Finance and Capital Market Commission (FKTK), ordered Latvijas Krajbanka to suspend all financial services. The decision was made due to a shortage of assets discovered at the bank, and a criminal proceeding has been started.

The Riga Regional Court declared Latvijas Krajbanka insolvent on December 23, 2011. On May 8, 2012, the court ruled to satisfy the request by KPMG Baltics auditing firm, which had been appointed the insolvency administrator of Latvijas Krajbanka, to start the bankruptcy procedure against the bank. Latvijas Krajbanka's banking license was annulled on May 10, 2012.