A seat at the table: Berzins, Zatlers and Vike-Freiberga 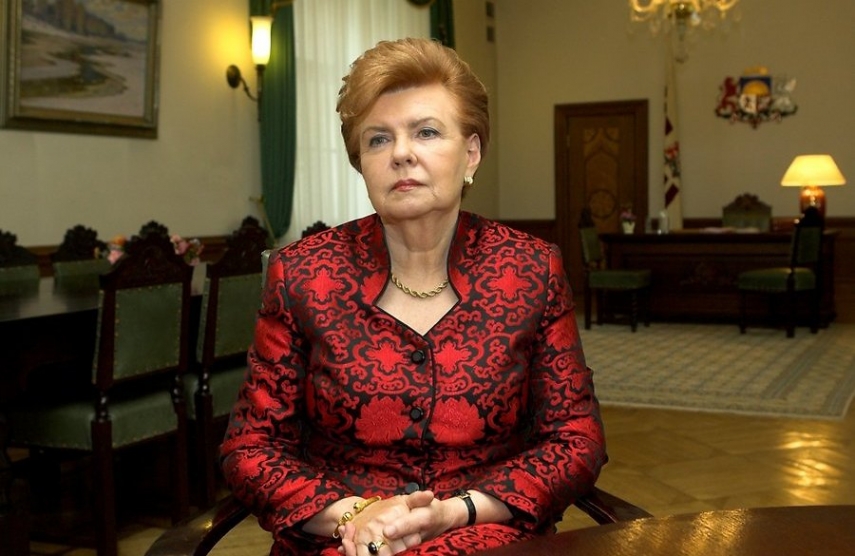 On April 1, 2011, Valdis Zatlers, then President of Latvia, visited the White House.  I wrote about this visit at the time and described it as highly unusual. Zatlers had a scheduled meeting with US Vice President Joseph Biden. He arrived to present Biden with the Order of Three Stars (Triju Zvaigžņu ordenis), which is one of Latvia’s highest honors. I reviewed the whitehouse.gov public schedule and quickly came to the conclusion that Zatlers was essentially escorted through the back door. During the first quarter of 2011 only one scheduled White House event involving a head of state was closed to the press: Biden’s meeting with Zatlers. This was also the only instance where President Obama did not acknowledge the arrival of a visiting head of state at the White House. Out of 23 publicized meetings with foreign leaders at the White House, the visit stood out.

That Latvia’s president doesn’t receive the same recognition as leaders of larger, wealthier or more powerful nations is completely understandable.  However, I still can remember the presidency of Vaira Vīķe-Freiberga, when outsize influence and impact was the norm. At the NATO summit in Prague in 2002, she electrified world leaders with her speech about the return of democracy to Latvia. That performance won her an invitation to sit at the head table for the summit’s state dinner, alongside U.S. President George W. Bush, British Prime Minister Tony Blair and French President Jacques Chirac. In 2006 Latvia hosted the Rīga NATO Summit.  Also, that year Freiberga addressed a joint session of the US Congress. The European press dubbed Freiberga the ‘Iron Lady of the Baltics’ and on it went.

I attended President Freiberga’s address to Congress. I was struck by the majesty of the moment, as I sat in the upper gallery. I also watched as Valērijs Kargins, founder and major shareholder of the now defunct Parex Bank, walked together with a prominent former Latvian diplomat toward their main level seats. The collapse of Parex Bank caused a financial crisis in Latvia and Kargins continues to battle a 225-million-euro judgement.

The presidency of Latvia is a unique institution with limited powers. The president is elected by a secret ballot of Latvia’s national legislature, the Saeima. The president’s most important duties are to nominate prime ministers and to be chief diplomat and representative of the nation.

Freiberga simply excelled at the later. She captured the imagination of world leaders and received complimentary press for herself and for the country she served.

Zatlers’ presidency was hobbled from the beginning by the manner of his election. It was murky, controversial and the deal-making was over-the-top and almost comical. Even with all his best efforts he never fully recovered.

Andris Bērziņš's presidency has not demonstrated any great impact. This can also be traced to the manner of his election. The former banker was elected by a coalition between his Greens and Farmers' Union party (ZZS) and the Harmony Center party (SC).  Harmony Center has a friendship agreement with Vladimir Putin’s United Russia party. The agreement has withstood Russia’s invasion of Ukraine.

President Bērziņš struggled with Russia’s invasion of Ukraine and continues to struggle with relations with Russia. In March, 2014 an open letter was circulated by prominent residents of Latvian asking him to resign due to his inability to forcefully and clearly denounce the invasion. The letter pointedly observed that the presidents of Estonia and Lithuania were not similarly conflicted.

Bērziņš has announced that he will not seek a second term. This is probably the result of the SC’s decision not to again support his candidacy.

Latvia invests considerable resources and prestige in its presidency: an office with limited constitutional powers. The Saeima will elect a president this summer and without reforms the process is doomed to once again produce a president who can’t effectively represent the nation.

A non-secret ballot will not guarantee that the president can navigate on the world stage but it does offer the best hope. Saeima deputies would be individually responsible for their votes and public participation would significantly increase.

I attended the accession ceremony at the White House in 2004 when Latvia and six other nations joined NATO.   Latvia was represented by then-prime minister Indulis Emsis instead of President Freiberga. The event had been downgraded to a governmental leader level to prevent the attendance of President Rolandas Paksas of Lithuania, who was under suspicion for corruption and leaking classified materials and would soon after be forced from office. A truly unfortunate turn of events for Lithuania and a stark reminder that elections have consequences.

Many considerations go into choosing a president in Latvia. I certainly can’t speak about most of them, such as social integration, slowing emigration and economic development. However, national security is a monumentally critical concern and clearly falls within the president’s scope and duties.  Latvia’s security is based on membership of NATO. Security is further bolstered by the European Union, United Nations and other organizations and treaties. These critical relationships require a strong and effective chief diplomat and representative of the nation.

Vaira Vīķe-Freiberga came to the presidency as a dynamic and accomplished individual with a compelling personal story. She was different and unique: a powder-blue dress in a sea of dark suits. She leveraged that attention to strengthen Latvia.

The next president of Latvia should also be a significant personality with a powerful personal story and able to enter through the front door and once again give Latvia a seat at the table. This result almost certainly requires an open, accountable and deliberative process in the Saeima.

This article originally appeared at www.cikaga.com.