A recreational garden to be opened in Riga for nature lovers 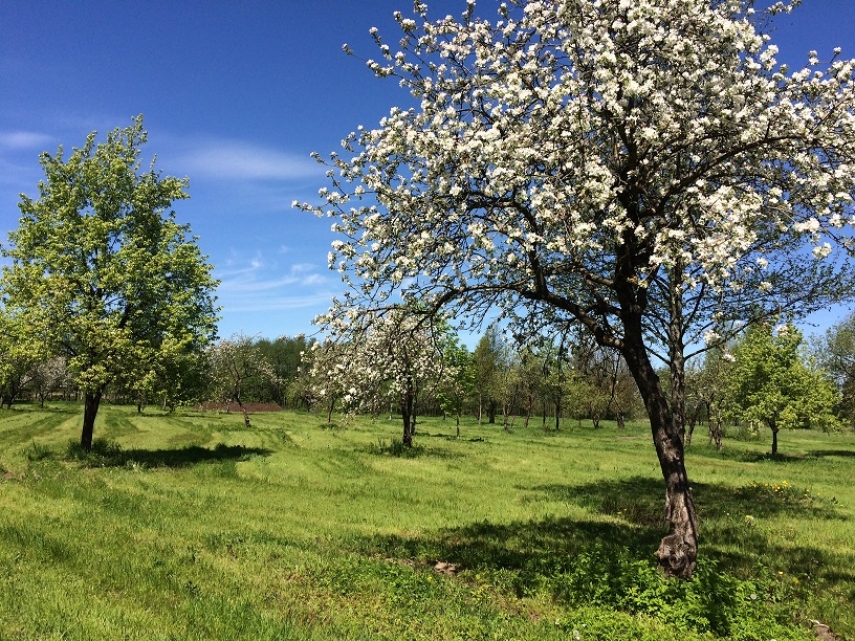 RIGA - “ESENA Pārdaugavas dārzi” – a new, modern outdoor recreational garden in Pardaugava, spanning over 70 hectares, is going to be opened for visitors this summer. It is going to be a contemporarily conceptual recreational space providing active as well as harmonious ways to relax. Designed to appeal to all groups of local people – families with kids, young people, students and corporate groups – the space will offer diverse ways to spend their free time. The official opening of the place is in June.

“ESENA Pārdaugavas dārzi” is going to be the first private and second largest publicly accessible open-air territory in Riga with forests, orchards, hills, coppices and several bodies of water. Locals will have the opportunity to enjoy the nature, views, to relax actively or find shelter from their busy lives in a quiet, secluded place. Cafes around the garden will offer healthy meals made of eco-friendly ingredients.

“We have been researching open-air recreational trends in the largest European cities and it has let us create this place for the people of Riga, which will provide and include sports and activities, urban gardens and crop production advice, private space within public environment, equipped areas for events, a secured territory, conveniently accessible by private transport means. Our aim was to create a place where traditional ideas are given new meaning. This could become our city’s most popular place for recreation and events,” says the owner of the garden Arnolds Laksa, who has given the reigns of day-to-day business to his daughter and co-author of the idea Dinnija Laksa.

From a private garden to an open-air conference space

The place will have well-equipped areas with appropriate technological infrastructure for private and public events of variable magnitude – parties, concerts, seminars, meetings etc.

People will also be given the opportunity to practice their skills in crop production, as professional gardening seminars take place in a thousand square meters large garden territory. Those who wish to have some private space will be able to rent a small, enclosed garden area during the season.

There will also be a large car park, facilities as well as 24-hour security service. “ESENA Pārdaugavas dārzi” will be open to visitors daily from 7 a.m. until 10 p.m. at 123 Dzirciema street, Riga. Entrance tickets, activity spaces and other conveniences will be available at a reasonable cost.

The origins of the name “Esena” can be traced back to the 18th century, when there used to be a manor where the park is now. Descendants of the manor’s original owner Kaspars Dreilings sold the manor to a priest named Imanuels Justs Esens and the manor was referred to as Esens’ manor ever since. The historical name is revived in the park.

Until 2001 the territory was abandoned, overgrown, burdened by illegal construction and piles of waste. Millions of euros have been invested into purchasing and improving the territory. Future development of the garden and investments largely depend on its visitors’ demand, suggestions and desires.

The owner of this significant area in the city of Riga is SIA “Popova legāts” who initiated the founding of the association “ESENA Pārdaugavas dārzi”, aiming to unite and represent enthusiasts, supporters, recreational activity providers and other partners in creation of this garden.