A Latvian artist on show in Havana 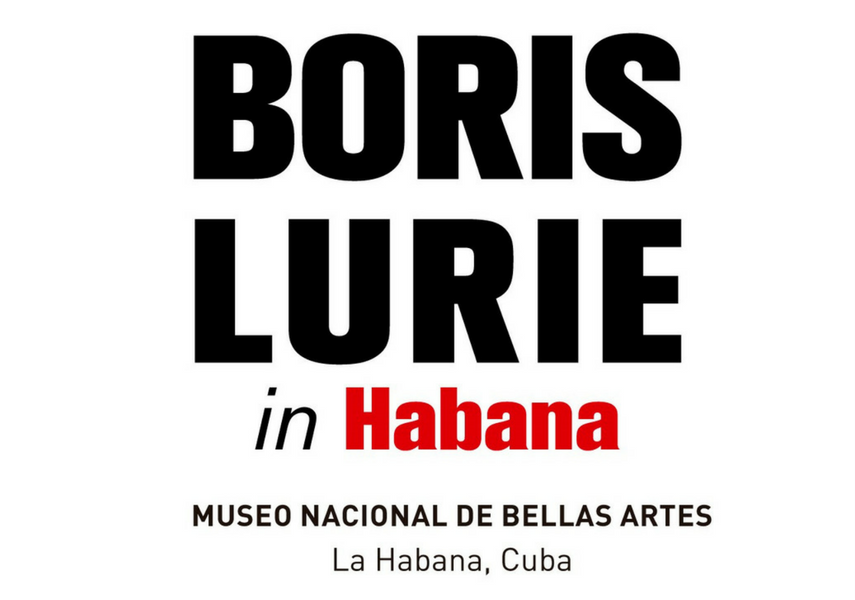 The reach of Latvian artists has spread to the island of Cuba, where the Museo Nacional de Bellas Artes is currently hosting an exhibition of the works of Boris Lurie, a Russian/Jewish/Latvian/American artist who survived the concentration camps of Germany and settled in the United States after World War II. The exhibition is made possible by the Boris Lurie Art Foundation of New York and its director, Gertrude Stein, and is at the museum until January 7th, 2018. I had questioned Carlos Vicente Fernandez, a curator of the museum regarding this exhibition.

BT. What was the rationale behind bringing the works of Boris Lurie to Cuba?

CVF. Gertrude Stein wanted to have the exhibit in Havana because Boris Lurie loved Cuba. He came to Cuba in 1959 at the beginning of the Cuban Revolution to see what was going on. We’ve been going back and forth regarding this exhibition with the Foundation for almost a year.  This is the first time that Boris Lurie’s art is exhibited in Latin America despite him being shown all over Europe, Russia and in New York.

BT Who was in charge of selecting the works for this exhibit, was it the Foundation?

CVF. For this exhibit, the Foundation hired Joan Guita, an art curator from Mallorca and a German-Spanish curator, Rafael Vostell who is also one of the advisors to the Foundation.  These two were really the curators of the show.  We were invited to come to New York to look at the works and the space and what would work to bring to Cuba.  97 works are on display at the museum for this exhibition.

BT What did you see in New York?

CVF.  When I saw the paintings in New York, I was very impressed.  I did not realize how great of an artist he was, a conceptual artist, not well known then and even now, but may be in the future, he will be better known by the public.

Hopefully, the work of the Foundation will provide him with more exposure than before and people will have an opportunity to appreciate a great artist from the 1950s and 1960s.  After the war, as a survivor of the concentration camps, Boris felt no hatred towards the Germans. This just shows the humanity of Boris Lurie.   He actually wanted to remain in Europe, for when he went to New York, he did not like New York in the beginning.  Through his works he is not speaking only about the Nazi violence, the violence of the Nazi regime, but against any kind of violence. It is generally against all evil, as it can be present any time, any place in history.

BT. Before this exhibition were you familiar with the works of Boris Lurie?

CVF.  No. My specialization is 19th century British painting.  Not many people are aware of Boris Lurie as an artist and a painter, as during his lifetime he was adamantly anti-commercial and anti pop art. He was an outsider.  He did not like the museums and the museum system. He painted and kept the paintings in his studio.  When his father died, Boris inherited some money and augmented the sum considerably by investing in penny stocks.  His wish was that the Foundation be established after he passes away.  Now it is promoting his works, paintings, collages, sculptures of a very interesting artist.

BT. What has been the feedback of the visitors to the exhibition?

CVF. It has been very positive, especially from art students.  There is also a certain similarity between Boris Lurie’s work and the works of a Cuban artist, Raoul Martinez. It is eerie, how the two of them, without knowing each other, did basically very similar things with collage and same ideas. It would be great to do a comparative exhibit of these two artists.

BT. Was Raoul Martinez also making a statement about the violence of the Cuban Revolution?

CVF. Raoul Martinez’s work was not so much about the violence. It was more of the depiction of the daily life through collage, mixed media, similar to the way Boris Lurie did.

The exhibition, ninety-seven works of Boris Lurie, from his painting to collages to sculpture, is a much bigger showing than the one that came to Art Expo New York about a year and a half ago.  The works are disturbing, he is not interested in the “feel good” aspect. The distorted, distended bodies, corpses, pin up girls with violence lurking in the background manifest the demons Boris had to exorcise once released from the concentration camp where the female half of his family was gassed.  The Boris Lurie Foundation is making an effort to make his name better known outside the narrow artistic circles and some of his works will be included in the new exhibit at the Latvian National Museum of Art from December 9th to February 4th, 2018.