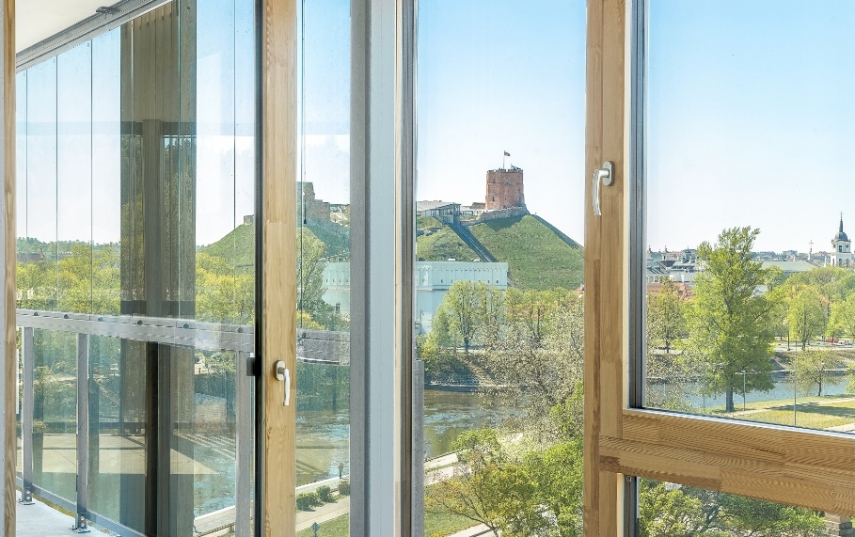 The potential buyers of new apartments in the city of Vilnius more and more often look for the most expensive highest class apartments. The sales of this category apartments grew fastest.

The analysts of UAB “Hanner” estimated that during the first half of this year, real estate developers sold 680 in total of “premium” segment apartments in the capital city with the price exceeding 2000 euros per square meter. This is even by 2.5 times more compared to the same period of the previous year.

Because the sales of cheaper apartments grew slower, the strongly increased clients’ interest in the “premium” class apartments boosted this market segment even by 8 per cent up to 24 per cent of all apartments sold.

“More and more people with higher level of income seek for a better quality of life; they want to live closer to the city centre which can offer them more entertainment and active cultural life opportunities. This tendency is also backed up by the general apartment affordability index increase because the income of the population grows faster than the prices of apartments. It is no wonder that luxury apartments equipped with numerous modern solutions, become more and more popular”, said Mr. Arvydas Avulis, Chairman of the Board of UAB “Hanner”.

The sales of other apartments of the economic class also grew rapidly, but did not reach the level of growth of the “premium” category. The sales of the higher segment apartments, the price of which is between 1700-2000 euros per square meter, during half a year grew by 75 per cent compared to the same period of the previous year totalling with the sales of 837 units. The statistics of the lower segment with the price between 1400-1700 euros per square meter grew by 68 per cent with the total sales of 667 apartments. The lowest growth during the first six months of this year was in the economic class segment with the price of up to 1400 euros, and the growth reached only 25 per cent with the total sales of 688 apartments.

Because the sales volumes of new apartments increased by 70 per cent compared to the same period of the previous year, the economic class apartments sales in the market decreased by 9 per cent down to the share of 24 per cent from the total number of all apartments sold.

“Even in the last year, the sales volumes of new economy class apartments were two times bigger compared to the “Premium” class apartments sales, and today the sales volumes of these two segments are very similar. The buyers are looking for a higher quality of life and this can be observed not only in formal statistics. The sales of fully furnished apartments grow thanks to the buyers who value their time, and do not intend to involve into apartment finishing works, and want to buy fully furnished apartments”, noticed Mr. A. Avulis.

In the “premium“ segment, UAB “Hanner” develops two low-rise real estate projects – “Renesanso” in the Old City, and “Pilies Apartamentai” near the Bridge of Mindaugas. In this project, the company made even one more step – invited the well-known interior designers of Lithuania, and asked them to create designs for several apartments of this project. These fully furnished apartments became very popular among the buyers and part of them is already sold.

JSC “Hanner” is a company with its history of over two decades, and it is one of the largest real estate development companies in the Baltic States actively operating in the Lithuanian, Latvian, and Romanian real estate markets today. Last year, UAB “Hanner” invested 60 million euros into residential and commercial real estate projects.