Ülemiste Center to become the largest shopping center in the Baltics 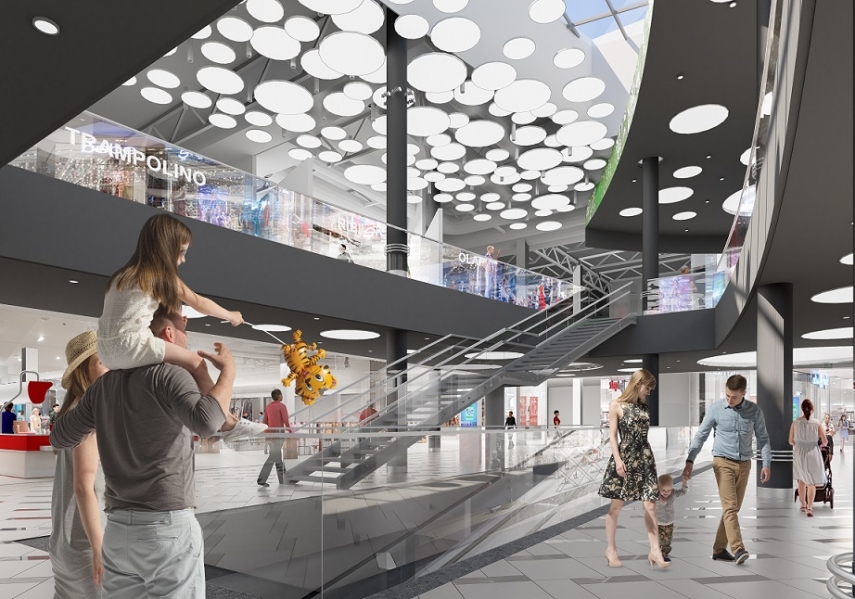 Among those who participated in immuring the time capsule were Linstow Managing Director and CEO Per Tore Mortensen; Guido Pärnits, CEO of the Ülemiste Center; Taavi Aas, the Mayor of Tallinn; Artjom Sokolov, Head of Corporate Banking at SEB; CEO of Fund Ehitus Eiki Rump; and Mauri Dorbek, the CEO of Apollo Group.

“Linstow Center Management is currently expanding three shopping centers in the Baltics, managing six centers in Latvia and Estonia in total. We can proudly say that the current expansion will turn “Ülemiste” into a 125,000 m2 shopping and entertainment center, placing it among the largest centers in Europe and at the top of the list in the Baltics,” says Per Mortensen, Chief Executive Officer at Linstow.

Owned by the Awilhelmsen Group, a large international investment company, Linstow is one of Norway’s leading real estate enterprises. Its subsidiary Linstow Center Management, established in 1996, is the leading developer and operator of shopping centers in the Baltics, with six projects in total in Latvia and Estonia. Linstow is currently expanding three shopping centers in the Baltics: “Alfa“ and “Origo“ in Riga and “Ülemiste“ in Tallinn.

“After the expansion of the Ülemiste Center in 2014, it was honored as the best expanded and reconstructed shopping center in Europe by ICSC (International Council of Shopping Centers). We are confident that this new expansion will gather the same level of interest moving forward, by providing a wider choice in entertainment and restaurants to our customers, as well as increasing the range of fashion brands,” adds Mortensen.

“People are primarily drawn to shopping centers because of the good variety of stores, but the goal of the expansion is to offer quality entertainment in addition to shopping. I am pleased to announce that newcomers to the expanded Ülemiste Center will include well-known brands like O'Learys sports bar and Vapiano restaurant,” says Guido Pärnits, CEO of the Ülemiste Center.

The expansion will include the construction of an underground car park, as well as three above-ground floors that will house cafés and restaurants, a modern cinema complex, a sports club, and a 1,500 m2trampoline center.

“Ülemiste is one of the fastest and most progressively developing areas in Tallinn. If you consider that the Old Town and the seaside have been considered the hearts of the city to date, then Ülemiste Center will make Tallinn a city with three hearts,” says Tallinn Mayor Taavi Aas, who placed a silver postmark honoring the 100th anniversary of the Republic of Estonia into a time capsule buried during the ceremony.

“In the upgraded Ülemiste Center, Apollo will open a cinema complex that combines cinema with theater and restaurant. We have successfully staged theater productions in most of our Apollo cinemas, and so there will be a special space in the Apollo's Ülemiste cinema that can be used for both watching films and staging productions,” says Mauri Dorbek, CEO of Apollo Group.

The expansion will add 13,000 m2 of entertainment and commercial space to Ülemiste Center. The total cost of the investment in the new stage of the center will amount to approximately 35 million euros, and will result in Ülemiste Center being, at 125,000 m2, the largest shopping and entertainment center in Estonia and in the Baltics by summer 2019. The architects overseeing the expansion are AMB International Architects (Norway) and Novarc (Estonia). The interior designers are Priit Põldme and Reet Sepp from Joonprojekt. Fund Ehitus AS will construct the building, and the engineering company Telora will supervise the construction.