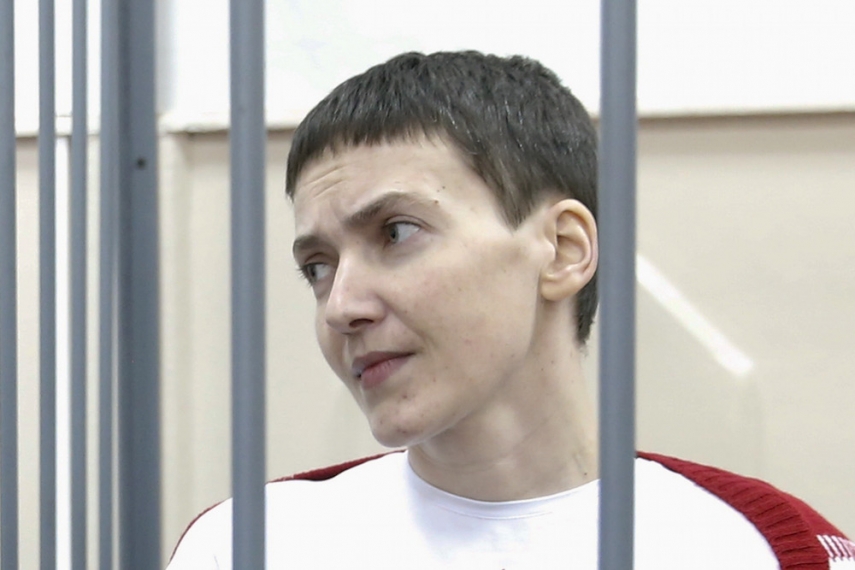 Savchenko is currently on trial in Russia for allegedly killing two journalists.

The picket was organised by the Ukrainian Congress in Latvia as part of the third international Free Savchenko campaign.

Participants of the protest held Latvian and Ukrainian flags and a number of police officers monitored the peaceful picket.

Savchenko, 34, was captured by eastern Ukrainian separatists in June 2014.

She was then taken to Russia where she was accused of illegally crossing the Russian border and killing two Russian journalists in Ukraine's southeastern region of Luhansk.

According to a representative of the Ukrainian Congress in Latvia, Mikola Pavluks, her lawyer, has evidence Savchenko had already been captured by the pro-Kremlin separatists when the journalists were killed.

Savchenko may face a jail sentence of up to 25 years should the Russian court finds her guilty.