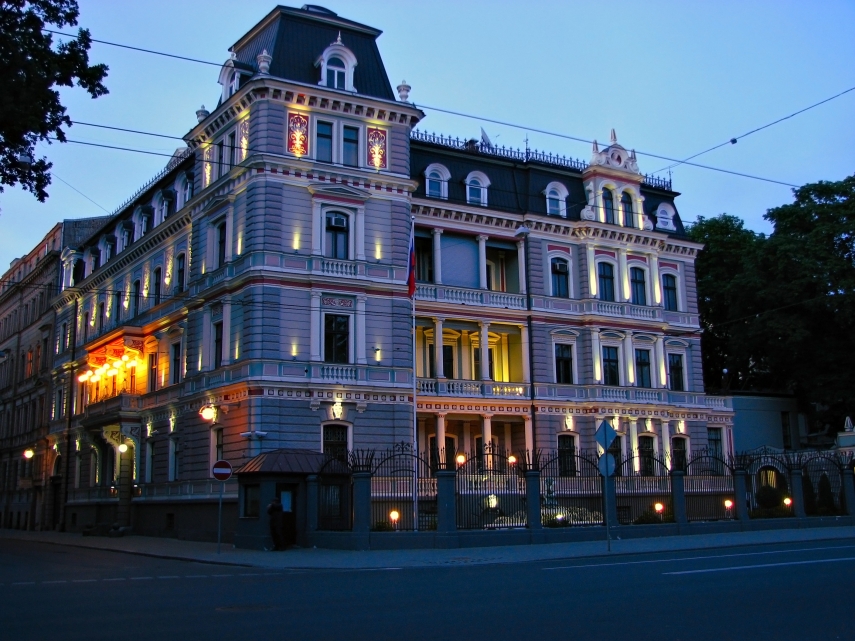 The Latvian Foreign Ministry has received a memorandum from the Russian Embassy in Riga concerning part of an art exhibition in the Latvian capital, which resembles Russian president Vladimir Putin nailed to a cross.

The figure is one part of a 10-piece exhibition called ‘Dissidents’ being held in the courtyard of the Corner House - the former KGB headquarters in Riga.

The press secretary for the foreign ministry revealed to Latvian information agency, LETA, a memorandum had been received from the Russian Embassy, but declined to reveal its contents.

The exhibit has already irked the Russian Embassy. At the end of last week, it demanded an explanation about the crucified figure.

On its Facebook page, the Russian Embassy criticised the display by saying it had caused “utmost dismay and disgust,” and added provocative “art” in a “country presiding over the Council of the European Union is unacceptable.”

The weekend of May 15-17 also saw five males pull up in a car and attack the exhibit along with the two persons in charge of it. Those attacked were given threats of serious reprisals in Russian.

The artists, still unknown, have been quick to issue an apology, which included an explanation that the doll resembling Putin is in fact an "acquaintance of one of the artists - a 40-something businessman, who lives in Italy."

According to 2014 statistics, 26 percent of Latvia’s population of 2.013 million is comprised of ethnic Russians. The 2011 census also revealed that 37.2 percent of Latvians speak Russian as their native language.