‘Vulnerability of the Baltics is much higher’ than elsewhere, says expert 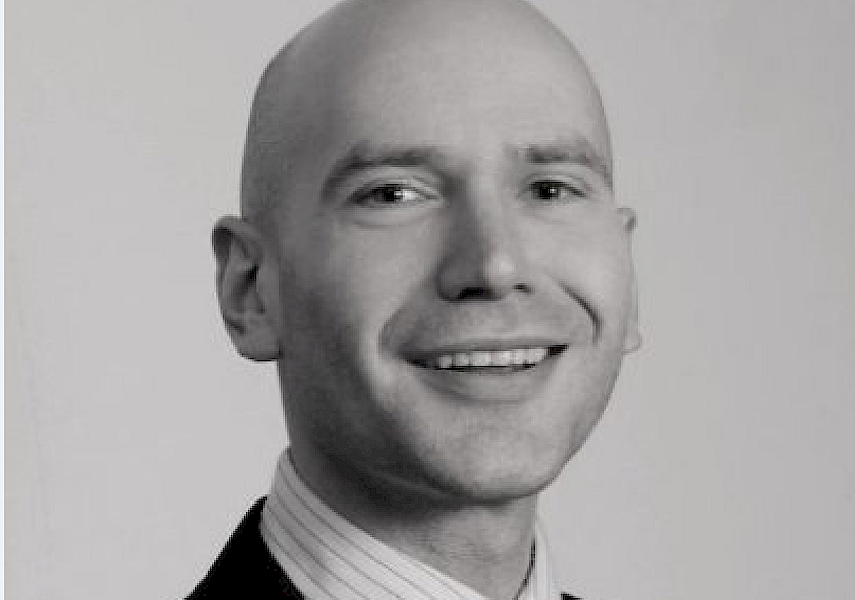 What defence tactics would suit the Baltics best amid continuous geopolitical tensions? How can the three Baltic States of Estonia, Latvia, and Lithuania deter an intruder? And most importantly, can the region count on NATO when it will matter most? Latvia’s Olevs Nikers, current chief expert of the Ministry of Defence, kindly agreed to share some of his insights on the topic. Nikers is an MD recipient from University of Latvia in Political Science, graduate from Baltic Defense College Civil Servant’s course, a Fulbright Scholar at Texas A&M University, and The Bush School of Government and Public Service US. He emphasizes that he is voicing his personal opinion, based on his knowledge and expertise and is not representing the official position of the Ministry or government of Latvia.

What is characteristic to the Baltics’ defence after the restoration of the three nations’ independence?
(The) end of the Cold War, when independence of the Baltic States was restored, provides us a clear image (of) how the Baltic defence were formed and how it has changed later. I would like to suggest three phases of formation of the Baltics’ defence and security (up) until now. First, just after the restoration of independence, political and economic integration into the Western political and economic space comprised official ideology, promising democracy, peace, higher standards of living, and long lasting independence. Meanwhile military development was somehow left behind – more or less capable units were sustained only for participation in the international military/peace keeping operations. Within this phase, “Russia threat” remained relatively low, and Baltic defences reflected this situation, having symbolic military installations.

The second phase began when more (specific) prospects of NATO membership became visible. With NATO Membership Action Plan Baltic defences experienced certain changes in their command and control structures, military staff was reformed and reorganized in accordance with NATO standards. During this period compulsory military service was abolished in Latvia. Only Estonia kept their conscription service.

Russian invasion in Georgia (2008) and the atmosphere of fear among Eastern countries led to the third phase, which was alarmed by Russian invasion in Ukraine (2014). From this point, (the) Baltics began to look differently on their militaries, revising (them) as a crucial component for the defence purposes, not only international operations. Currently it is widely understood that Baltic States’ defences need much more improvement to withstand aggression of any scale from Russia.

Joining NATO is widely seen as the guarantor of the region’s security. Are you seeing the membership that way?
(The) Baltics, after the restoration of their independence, followed optimistic structuralist advice, believing in the strength of the internationalized economic, political, and military mechanisms. (The) paradox of the moment comes (from) the fact that NATO did not perceive Russia as a threat at the time when the three states joined NATO. The strongest advocate of … Baltic membership in NATO was (the) US, and (the) Baltic States “fully paid the bill,” sending their troops to the ISAF and Operation Iraqi Freedom (OIF) missions. Even after the Russian invasion in Georgia, (the) US declared (a) “reset” with Russia and strengthened Russian-NATO partnerships. Only after its blatant actions in Ukraine, Russia caused dramatic confusion and mistrust among its former friends in NATO and certain actions have been made to assure NATO Eastern members (of) their security within NATO against (the) “Russia threat.”

Unity and the key principles of NATO are being exercised now and the trend is rather positive. But NATO membership alone can’t be an absolute guarantor of … regional security. Yes, NATO is serving as an incredible deterrence instrument, but stronger foundations of regional security should be achieved through strengthening of … societies and militaries within the region, through closer structural regional cooperation. Of course, this should be done within the NATO framework as much as possible.

How different and peculiar is the Baltics’ defence compared to other regions?
Vulnerability of the Baltic States is much higher than (that) of … other nations in the region, because the three Baltic States are directly, territorially exposed to Russia’s threat. NATO assurance measures should work both directions, fulfilling also its deterrence purpose from one side, and having allies convinced that in case of emergency, they will not be left behind. Also, this situation suggests that (the) Baltics must do their “homework” investing (many) more resources into their defence and security than (they had prior to) 2014.

How imminent is danger from the East amid the geopolitical tensions?
Within the present context of Russia’s revisionism, which regrets the collapse of the Soviet Union as the greatest tragedy of the 20th century, threat for all the Eastern and Central European countries will not diminish and will always remain.

Has NATO ever told anyone point blank what the alliance would do upon an intrusion?
NATO is developing certain crisis response plans agreed (upon) by all members for various occasions of emergency and certain flexibility within implementation of these plans (is) possible. The harshest restrictions and supervision were always related to possession, production, and use (of) WMDs (Weapons of Mass Destruction – nuclear, chemical, biological weapons). For example, during the Cold War, Germany was restricted (in its) production and possession (of) nuclear weapons as political agreement between allies after … World War Two.

Considering the capacities the alliance has here, what do you believe would be the most likely NATO response to an attack?
Though current presence of NATO forces in the Baltics can be considered as symbolic, it is subject to change over the next coming years. At the same time, current capacities cannot be underestimated by an adversary. The forces and military staff which are being deployed (units of US and other allied forces) at the moment constitute kind of a “tripwire force” and a credible measure of deterrence. This is all true promise to (the) adversary, that in the case of invasion, a brake of “tripwire” will meet a full scale military response.

Is any one of the three Baltic States facing a bigger danger than the other two? Why?
All the three countries are in relatively equal situations. Considering the strategy and tactics ... used in Ukraine, Russia has the most potential for success of similar strategies in Latvia than in Estonia and in lesser extent in Lithuania. (The) difference is made by the portions of the ethnic Russians in … each Baltic country, and dispersion of this population along the Eastern border. Also, Latvia has (the) comparatively longest land border with Russia. Worrisome is the fact that Latvia also is the key element in the Baltic defences as it geographically lies in the middle of the three.

Russia has been lately ramping up its naval military presence in the Baltic, Mediterranean, and Black Seas. How well is the Baltic Sea protected? Are Lithuania, Latvia, and Estonia vulnerable, together and separately, to the Baltic Sea? What should be done to defuse the threat?
Vulnerability on the sea is an issue which can’t be resolved by (the) Baltic States alone, even if they double or multiply their naval capability. Here it is extremely necessary to utilize strategic military cooperation between Baltic Sea countries, including Scandinavian countries, Poland, and Germany. If necessary, permanent stationing of the NATO/US battle ships shall also be considered.

If an adversary launches an attack against the Baltics, how long do you believe we would be able to hold ground on our own until help arrives?
It can be a matter of very short time, and much longer period depending on which strategy Russia will choose for invasion from one side; and from the other side, what will be the strength of the Baltics’ military build-up and military strategy at the moment of invasion; level of civil-military cooperation, how well … developed host nation support capability (will be); what time will be necessary for mobilisation of manpower and resources; how much unity in military strategy will be succeeded between the countries; and what will be the size of NATO troops/their weaponry stationed in the Baltics.

How swiftly do you believe NATO can respond to an emergency?
I think there is no problem for NATO to develop capacity that would allow (it to) reach Baltics within a few days, not more than a week as a maximum. What is the real challenge in case of an emergency is the ability of quick decision-making process within NATO and agreement among all the members for massive deployment.

Do you share the widespread opinion that Estonia, defence-wise, scores best in the Baltics?
Estonia recently has assumed massive reserve training, but nevertheless, (the) Lithuanian military is bigger in size, and possess very well-developed special task units. In terms of societal perception and cohesiveness towards the defence matters, what is crucial for (the) country’s ability to defend itself, Estonia is in a much better position, while Lithuania is better in numbers.

What are the Baltics’ defence strategies that are trending among defence experts and planners?
Foundation of the strategy always has been NATO membership, also there is pretty much awareness that cooperation between Baltic countries should be strengthened, and wider regional cooperation is necessary to address common security challenges. Strengthening of their own militaries (is) the latest trend.

How reliable are the countries’ armies of conscripts?
Reliability of the conscripts depends on the historical tradition, integration, and cohesiveness within a society, also a political regime. Latvia also should consider much more extensive societal involvement through regular military training and exercises. Basically, there are two modes how this can be done – through strengthening and popularization of the National Guard, or by returning to the compulsory military service, which, unfortunately, has a negative aura since the Soviet times. Which way to go, depends on societal maturity.

What should the region do to bolster its defence and deterrence politics?
Complexity of this question is closely tied to the very core element of the issue – societal integrity and cohesiveness. Nothing from outside would be able to protect something that is unstable and declining inside. This is why cohesiveness and integration within the Baltic States’ societies should be achieved in the first place; what is crucial (is) development of their own militaries and to sustain capable army reserves. Second task comes to defence policy and army itself, which requires much more manpower in reserve, financial resources, equipment, and defensive weapons. Also suitable military strategy should reflect realities of the small state capacity and potential within modern and “old fashioned” total warfare. This, in combination with much more integrated militaries of the Baltic States and with substantial rise of NATO presence in the region can bring more security and credibility of Baltic defences, which can’t be penetrated by an adversary without risk of major loss.