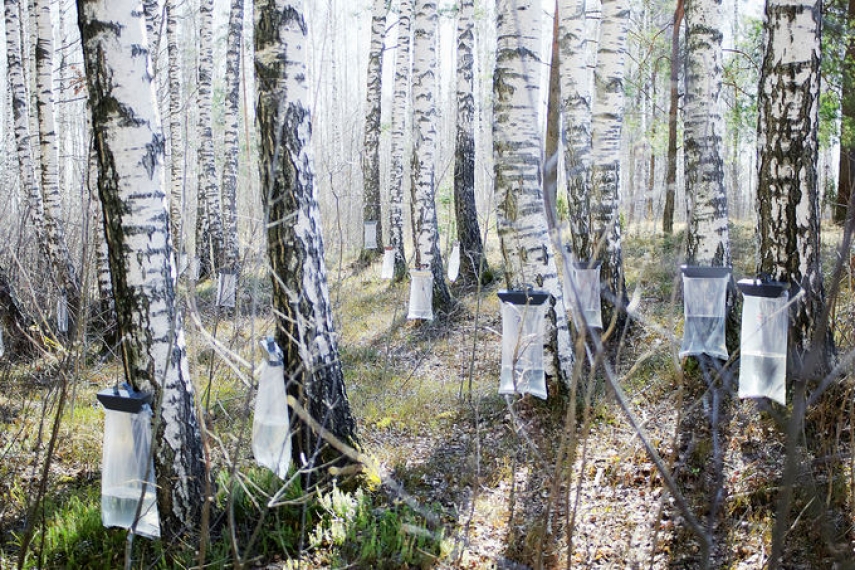 This season, Latvian State Forests (LVM) has recorded several cases of birch trees being illegally tapped on property managed by LVM. Fines for this activity may reach as high as 700 euros the company informed LETA.

Now that the weather is becoming warmer, people are beginning to collect birch sap, an activity closely monitored by LVM. In the Baltic countries, many people drink both fresh and naturally fermented birch sap in the period between winter and spring. The drink is thought to have many detoxifying and purifying effects. Last week, LVM Security and Control Department operatives came across 22 holes in several birch trees. The perpetrator was established on March 23, and he has admitted his crime.

The offender initially claimed that the sap, which was found in extra-large-sized rubbish bags, was being collected for personal consumption. In one day it is possible to fill two buckets, which amounts to about 20 litres.

Evidence collected at the scene will be forwarded to the State Forest Service for processing an administrative offence for unwarranted damage to flora. The fine for this will be between 70 and 700 euros.

There are several laws that must be followed while collecting birch sap to ensure that the tree remains unscathed.

Just one tree can be tapped for private consumption by any one person on each property managed by LVM. The hole must be made at least 50 centimeters from ground and on a tree of at least 40 centimetres in diameter; furthermore, it should not exceed 5 centimetres in depth as the sap flows under the bark.

If a resident wants to tap several holes, he or she must take care of payment according to LVM's price list. A sales contract is signed, and LVM specifies where the tree can be tapped so that the least amount of damage is inflicted. In order to receive such permission, residents are urged to contact the LVM authority that manages the particular territory.