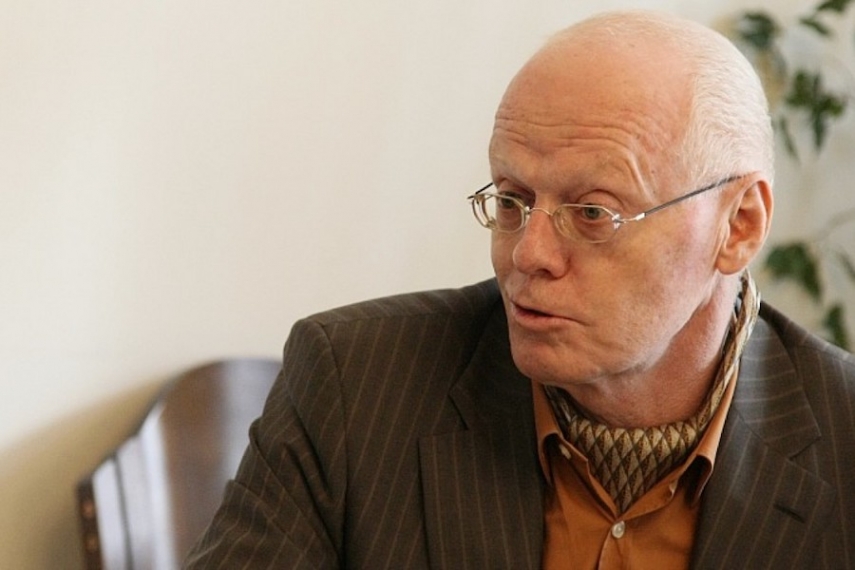 The Baltic Times also asked Latvia‘s former prime minister Valdis Birkavsto comment on the expiring year and provide a few insights into the next one. The well-known analyst brought up not only the victory of Latvian tennis star Jelena Ostapenko at 2017 French Open, but also spoke about what he calls “weaponization” of the Baltics and surrounding countries.

What events have been the most important in Latvia in 2017?

During the dynamic 1990s our ideal and perfect goal was to reach the level of the rich, stable and pretty boring Scandinavian countries. At the time, the Baltic countries were often discussed on the first pages of many European and international newspapers. However, those pages usually devoted to news about all kinds of crises, catastrophes, conflicts and other disasters.Thank God, at the moment there’s peace and stability in Latvia and there are no extraordinary problems. We became members of the rich countries’ club OECD although we don’t consider ourselves rich yet. In addition, this stability in the country almost resembles stagnation since there’s no desired social and economic development. This is one of the reasons why our society is discussing rising prices, new taxes, school reforms, accessto medical care, inadequate pensions and the most dramatic issue, namely the number of young people continuing to leave the country on a permanent basis. There’s hope however in the country’s new taxation programme accepted by the government (zero taxation on reinvested profit) aimed at reducing the level of social inequality as well as planned educational reforms and positive changes in providing medical services. I’m not discussing any security problems here since it mainly depends on our relationships with our neighbours, partners and friends.

What events do you believe have created the most ripples, locally, regionally and globally, in 2017?

Locally, I’m impressed with the great Latvian tennis victories (especially [Jelena]Ostapenko’s victory at the Roland Garros tournament in France) and the extremely rich and vivid cultural life in the country (music festivals, exhibits, opera and theatre shows). Another impressive fact is the ability of the Latvian Parliament to accept the budget in a reasonablyswift way.Regionally, I’m amazed at the feverish public speeches dedicated to military threats and the necessity for weaponisation in the Baltics and surrounding countries.I also appreciate the political solution madeby the new government in Estonia, which is led now by the representatives of the opposition forces who’ve been in existence in Estonia for a very long time.Among the other outstanding events to my understanding were the ability of Germany to deal with the huge influx of illegal refugees, and, a negative one, also the unexpected thrust of far-right extremists in Finland on the eve of the 100th anniversary of the country.Globally, Donald Trump, Emmanuel Macron andVladimir Putin have created the most ripples.Trump, because he’s giving up the leading position of the US and passing it to China, Macron, because he’s rejuvenating my hopes and expectations for a strong European Union and a particularly strong Eurozone and Putin, because with limited sources and huge creativity and energy he’s successfully managed to put Russia back on the world stage as a premier player.

What will define Latvian politics in 2018?

The most important event, undoubtedly, will be the Saeima [the Latvian Parliament] elections, since its result will predetermine the way our lives will proceed.

An interesting perspective was demonstrated by the 2017 municipal elections when new people appeared on the stage, with new ideas, and, consequently, new hopes. The most pleasant event in 2018 will be the celebration of the centernary of the declaration of the independence of Latvia. Here I must say that Latvia managed to allocate for the celebration way more money than our neighbours. It looks like we’ll celebrate the best hopes for the future, simultaneously leaving our misfortunes in the past.In my view, the most dramatic situation may happen with the school reforms, since the Latvian language will become the main study language in all Latvian schools with the end of the reform process taking place in 2021.

What events are to be looked at on the global stage in 2018? Whereare the biggest threats coming from?

It’s absolutely clear that the high tension related to nuclear threats from North Korea will continue.Whether this tension will lead to the real threat of war depends on the standpoints of the USA, China and North Korea. I’m absolutely certain that there won’t be a war and that the real danger may come from the illegal trade of arms supported by North Korea, which is not a rich country at all. Therefore, if we come to the conclusion that North Korea has nuclear arms in it possession, we must start the process of including North Korea in international agreements covering the proliferation and limitation of nuclear arms.Speaking of the war zones in Europe, I believe the situation in Ukraine’s Donbass and its surroundings in 2018 may start improving, thus improving the relationship between Ukraine and Russia. My cautious optimism in this regard is based on a couple of things. First, there are some observable changes in the approach of the Kremlin on this issue. President Putin considers the possibility to involve UN peacekeeping forces. I must note here that the positive result of this involvement may happen only in case Russia is also participating and the UN Security Council issues a special mandate granting authority to the UN peacekeeping forces. As to the discussion that the US might supply modern arms to Ukraine, if this happens it may complicate the situation in a region of already existing unrest even more, thus delaying the long-wished peace process [the US announced in late December that it will be providing lethal arms to Ukraine]. The other event capable ofdefining 218 is the Syria conflict. Due to military actions over the last five years more than 600,000 people have killed in the Middle East, including more than half a million in Syria. Over 70 million refugees left the region looking for places to live all over the world and the region will continue to be in centre of the world’s attention.Russia and Turkey began expressing active interest in the region, whilst Egypt is trying to get actively involved, as well, all of which make the situation even more complex.

I must say that, as we know, life is multifaceted. Taking this into consideration, the Chinese are smart enough not to say something that can’t be reached and/or achieved. The interpretation is up to us, though. And we, as usual, will seek the proof of faithfulness and devotion, and when we don’t like something we bark, especially during the year of elections and especially at politicians.

What pet do you have at home? Is it called Donald, Vladimir or Angela? Who makes the policies at home, you or your pet? And to what extent?

I have two dogs. A pog and a French bulldog. My pog’s name is Sunshine Sweet Angel. She’s close to retirement age, a bit chunky, extremely cautious in all her behaviour and as precise as a Swiss watch at mealtimes. My French bulldog’s name is Buddi the Bont. He was given to me after the new president of France was elected. Buddi is young, extremely dynamic and demonstrates his welcoming feelings to anyone he meets. However, he may bite, as well, although quite lightly. From the first day of his presence in my house, Buddi and Angel were great friends. I must note that when playing together Buddi is so fast that sometimes Angel can’t keep up despite the fact she tries her best. I really apreciate this duo.