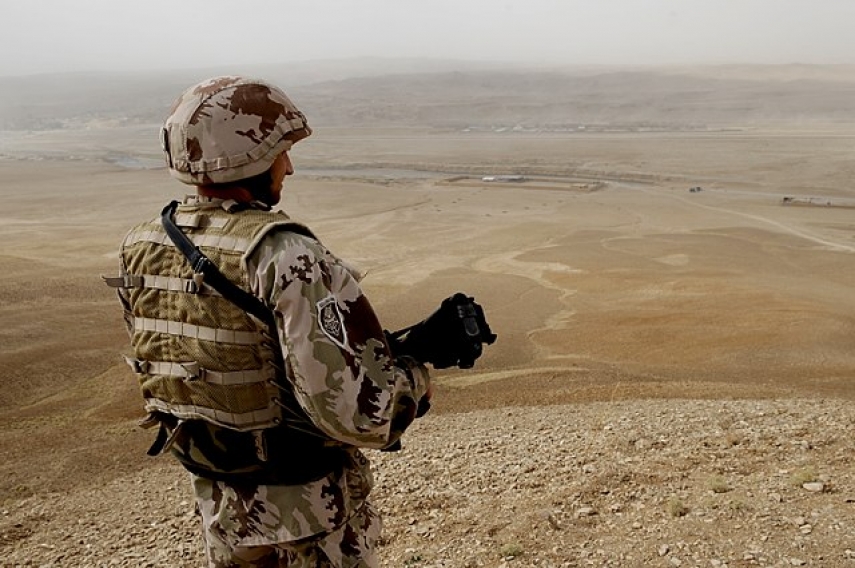 VILNIUS - The first group of Afghan interpreters who worked with the Lithuanian army, as well as their families, are flying to Lithuania, the country's National Defense Ministry says.

According to the ministry, a Polish airline plane is scheduled to land at Vilnius airport overnight from Tuesday to Wednesday, bringing in 14 families, a total of 50 people.

The evacuation operation was launched last Friday when a team of several dozen Lithuanian troops was sent to Kabul, alongside a representative of the Foreign Ministry. They gathered the interpreters and their families at Kabul Airport over several days agreed with the Polish government on a flight to Lithuania.

"Our troops have carried out a hardly imaginable operation of picking the families scattered around the city and bringing them to Kabul Airport, helping them to reach the evacuation place and, finally, with the political agreed assistance from partners, to successfully carry out the evacuation," National Defense Minister Arvydas Anusauskas said, adding that the launched operation is the best-adapted to the changing situation in Kabul.

"Allied unity and coordinated action in this situation are more important then ever. We are very grateful to Poland and our other partners and our diplomatic service and representations that helped to ensure agreements with other sates and smooth transit via the territories of other countries," Foreign Minister Gabrielius Landsbergis said.

A total of 115 interpreters had contracts with the Lithuanian army in Afghanistan.