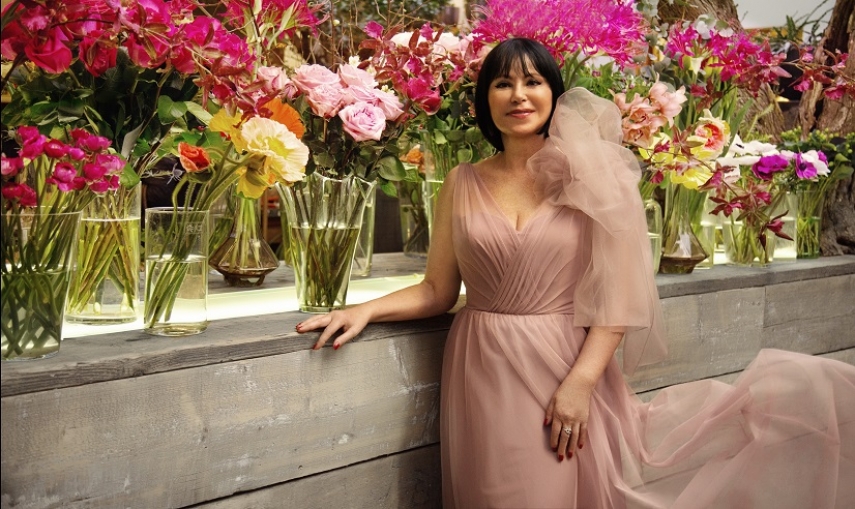 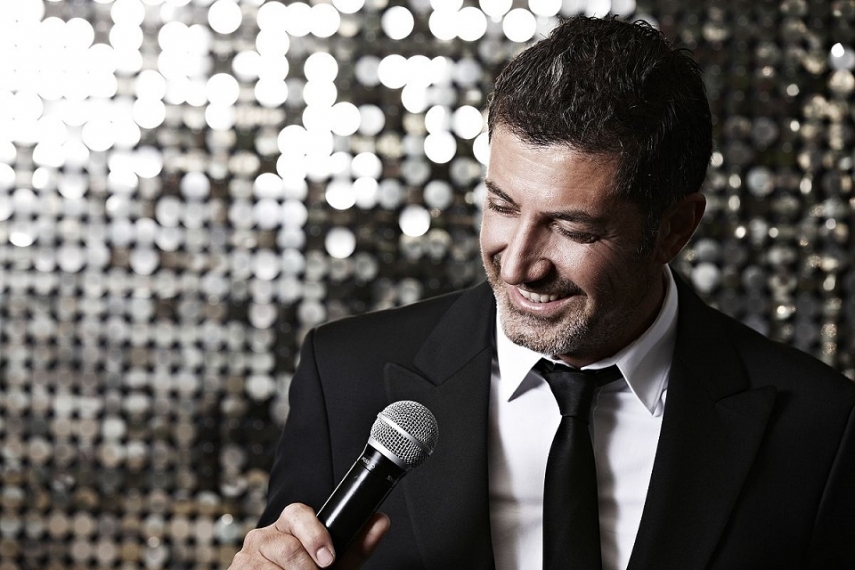 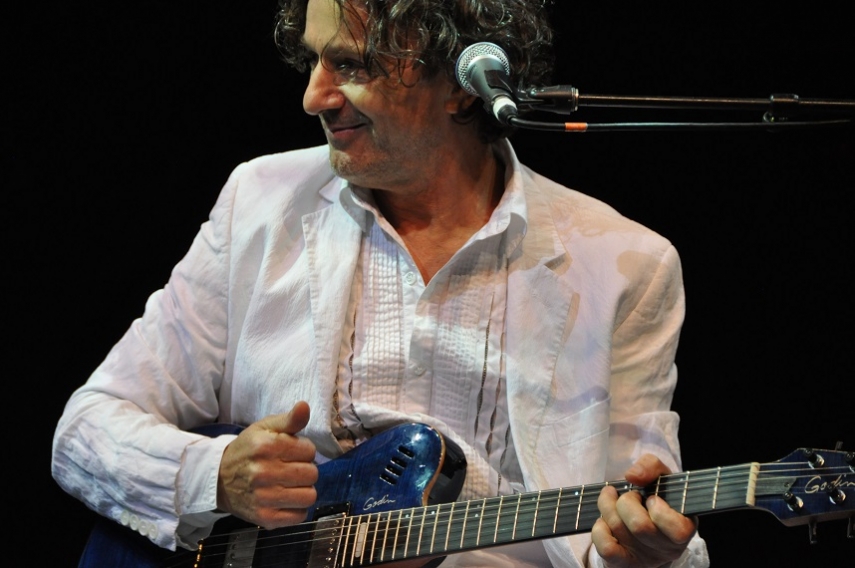 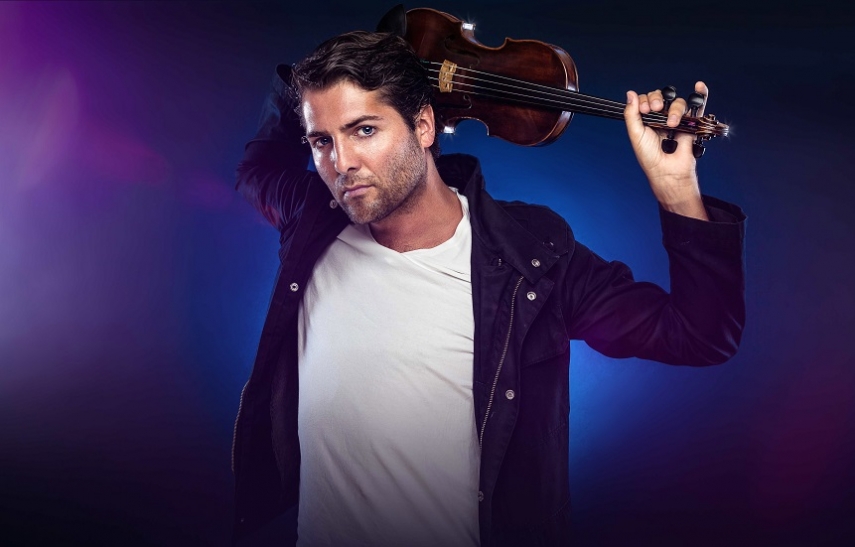 The culmination of this year’s concert season at Jurmala will showcase the 14th International Music Festival: SUMMERTIME – INESE GALANTE & FRIENDS from 9 – 12 and from 14 – 15 August.

The festival programme on offer this season will delight its now regular base of fans not only with the return of many and much-loved previous guest artists but also with new performances and interesting interpretations that will most certainly captivate and conquer new listeners.  The theme of this year’s summer festival is – Classics, Jazz and Balkan Rock’n’Roll –  thus revealing the main focus of the project by offering hit tunes from various genres and eras re-born through new and unexpected performances.  The festival programme will open its first night with a medley in homage to the music of Frank Sinatra. The second evening will see performances by the brilliant pianist Daniel Kramer and by the Anton Rumyantsev Jazz Quartet as they meander their way through the legendary rock hits and repertoire of bands such as Nirvana, Queen, Led Zeppelin and others. Classical music lovers will be delighted with a special performance in the Small Hall of the Dzintari complex.  It has been arranged by Inese Galante.  Meanwhile, fans of music from the Balkans will be able to immerse themselves in the performance and charisma of the world famous musician Goran Bregovic. As past tradition has had it, the grand finale festival closing concert will bring together the very best Latvian and visiting stars from abroad and will also showcase the talents of newly emerging performers. An additional two concerts on 14 and 15 August will be organised as part of the festival close-out.  On 14 August the eminent Italian singer Giovanni Costello will provide his unique rendition of well-known Italian hits and ballads from the repertoire of Caruso and Celentano. The 14th International Music Festival: SUMMERTIME – INESE GALANTE & FRIENDS will present its Grand Closing Concert programme on 15 August with a concert featuring the ensemble Trio Paris Royale and its solo violinist-wunderkind from Germany, Baptiste Pawlik. This concert will offer a diversity of musical genres from French Café to Gypsy Jazz and will even feature the famous Tango from the movie ‘Scent of a Woman’ as well as other hits from the repertoire of such legends as Michael Jackson and the rock band Coldplay.

This year’s festival opening concert will take place in an unusual and extraordinary format. The traditional classical symphony concert will be replaced by another genre from the classics that will create an atmosphere filled with charm from the ‘velvet’ voice of the legendary singer Frank Sinatra. The music of Sinatra from the golden age of 20th century popular music culture still reverberates in the souls of listeners from all over the world, regardless of nationality, age or even musical taste. When Frank Sinatra departed this world, journalists wrote: “Screw the calendar! The day of Frank Sinatra’s death is the end of the 20th century”. It will be, for Latvia, a concert within the framework of INESE GALANTE & FRIENDS and will present the talents of German performer Tom Gaebel, one of our present-day most outstanding and critically acclaimed performers and interpreters of the music of the American legendary crooner Frank Sinatra.

The SUMMERTIME – INESE GALANTE & FRIENDS second night audience will have a unique opportunity to enjoy a programme featuring Anton Rumyantsev, a jazz virtuoso and one of Russia’s leading saxophonists and his quartet as they take us on a musical tour that will explore concepts such as “Nirvana in Jazz”, “Queen in Jazz”, “Led Zeppelin in Jazz” and many other compositions in all their glory. The Anton Rumyantsev Quartet will perform at Jurmala together with the Russian virtuoso pianist Daniel Kramer who returns to the 2018 SUMMERTIME festival by public demand. Returning to Jurmala and INESE GALANTE & FRIENDS for the fifth consecutive year, Daniel Kramer brings with him a new entourage of associate artists, always masterful and with brilliant stage presence. From the opening moments of his performances Daniel Kramer always delights his audience not only with his refined playing technique and emotional style of presentation but he simply emanates a near unbelievable charisma, a charm and the display of near impossible velocity of technique all of which come  together to reveal a consummate musician.

Inese Galante has prepared a special treat for connoisseurs of classical music. On 11 August, the festival patroness will present a recital in the Small Hall of the Dzintari complex which is famous for its acoustics.  Inese Galante is one of the great soprano singers of the world, as well as being endowed with a unique piano playing technique. She will perform in recital with associate artist Alexander Schmalcz, a talented piano master from Germany. During this recital at Jurmala, concert patrons will be able to enjoy some of the most beautiful arias and lyrical compositions from the repertoire. The performance medley of works will reflect the artists as they immerse themselves in a shared love of their listeners, for the music itself and of life as such. Both of these remarkable artists have enjoyed the conquest of stormy ovation and acclaim before a recent Stockholm audience that included Nobel laureates and members of the Swedish royal family.

Goran Bregovic is one of the most admired and internationally renowned musicians   and composers to emerge in recent times from the Former Yugoslavia. His work as a composer is also well known through music for the movies directed by Emir Kusturica. Goran Bregovic’s concert engagement calendar is booked for years ahead.  In Latvia he is a rare visitor although it was barely four years ago that he was a guest performance artist for the 10th anniversary of the SUMMERTIME – INESE GALANTE & FRIENDS International Music Festival. It will thus be a pleasing return to perform for the admirers of Goran Bregovic’s talent. No listeners of a performance by Bregovic could possibly remain indifferent to all of the positive emotions he emanates and his forthcoming 2018 SUMMERTIME appearance will surely remain in the memories of concert audiences for many years to come.

On 12 August the Dzintari concert hall will be the venue for the traditional SUMMERTIME – INESE GALANTE & FRIENDS closing concert.  It will be a bright culmination to the festival which has been arranged and directed by Inese Galante. Listeners will delight in the variety of positive emotions thanks to the diversity of musical performance which will see the return of Latvian and foreign-born stars as they share the stage with emerging talents – laureates of the “Inese Galante Talent Contest”.

The Italian singer Giovanni Costello will perform a solo concert on 14 August within the framework of SUMMERTIME – INESE GALANTE & FRIENDS. The artist will perform hits in his unique manner – works from the repertoire of the well-known Italian singer Paolo Conti and a selection of Italian ballads from Caruso to Celentano. While Giovanni Costello’s performance will be a novelty for his Latvian audience, this charming singer and owner of a most enchanting voice has already won the recognition of music fans and captivated the hearts of thousands of women all over the world. Italy and its unique cultural heritage has long served as the source of inspiration for the great artists of the world.  The Italian language itself can charm but its music inspires to love and, besides, that admirable Italian charisma together with a fiery temperament certainly serves as a source of energy. Come to enjoy all of that – love, inspiration and the eternal dreams of summer in the concert VIVA ITALIA on 14 August in the Dzintari concert hall.

The 14th International Music Festival SUMMERTIME – INESE GALANTE & FRIENDS will conclude on 15 August with a Grand Closing Concert presening the legendary music ensemble – Trio Paris Royale made up of guitarist Tino Kahl, double-bass player and virtuoso Michael Kehraus and the outstanding soloist and violin-wunderkind from Germany, Baptiste Pawlik, who has performed with such greats as Celine Dion, Robbie Williams and even performed at the farewell concert in Vatican City for Pope Benedict XVI.

The concert programme will offer a wide variety of musical genres from the French Café style to Gypsy Jazz as well as hits from the music of legends such as Michaael Jackson and the rock band Coldplay.

The concert will conclude with an incredible performance of the well-known Tamgo “Por una Cabeza” (from the Spanish – ‘by a head’), and right from the opening notes will recall to the imagination the sensual dance from the movie “Scent of a Woman” as originally portrayed by Al Pacino and Gabrielle Anwar.  All thoughts will turn to passion, happiness and to a feeling for the madness of love.