YOU’VE GOT 1243 UNREAD MESSAGES. The Last Generation Before the Internet - Exhibition 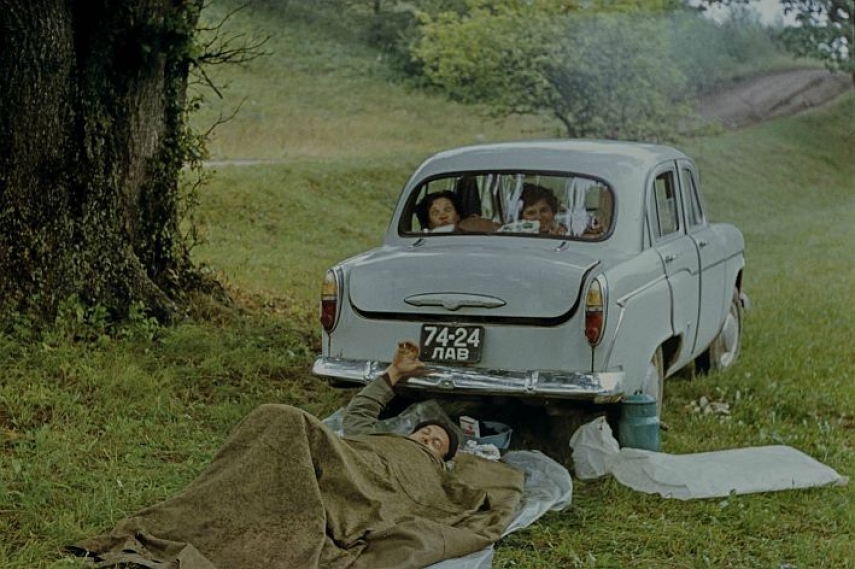 A cross-disciplinary exhibition YOU’VE GOT 1243 UNREAD MESSAGES. The Last Generation Before the Internet. Their Lives organized by the Latvian Centre of Contemporary Art will be on view at the main building of the Latvian National Museum of Art in Riga (Jaņa Rozentāla laukums 1) from 9 December 2017 to 4 February 2018.

Do you remember the time before the Facebook era and text messages? The era when people had to agree on a meeting beforehand but friends could show up unannounced? It was characterized by telegrams, address books and calligraphy notebooks. Typewriters clattered in offices and there were lines at phone booths. These memories are a part of the story about the last pre-Internet generations and their lives.

By combining the works of such seminal artists as Irma Blank, Vija Celmins, On Kawara, Boris Lurie, Ry Nikonova, Ruth Wolf-Rehfeldt, Dayanita Singh, Harry Smith, Miroslav Tichý, Drago Trumbetaš and Jiří Valoch with examples of contemporary folklore, social history and pre-digital technologies, the exhibition deals with the recent past when the search for oneself and others took place in an analogue instead of a digital environment. It is the story of self-exploration and social networks in the last decades before the arrival of the Internet, told through a cross-disciplinary display of artworks next to a selection of quotidian forms of creativity: diaries and items from private archives, correspondence by mail or through underground channels of alternative communication and samizdat. The point of both types of exhibits is to question any clear-cut borders between art and everyday life.

Beginning with mid-20th century, increasingly large numbers of people started using equipment for mechanical reproduction of texts and images and data transmission – telephones, typewriters and portable cameras. In the West, people used Xerox copiers, whereas Soviet citizens had to make do with carbon paper. The new opportunities had an important effect on both the creative expression of artists and such traditional means of self-reflection as diaries, scrapbooks, pen-pal correspondence and family albums. The interactions between the private and the public, between institutionalized art experiments and micro-historic testimonies of creative resistance by lay practitioners are highly topical in the age of digital reality and represent the focus of the exhibition.

Self-determination and departures from the normative, consciously nurtured peculiarities, horizontal forms of socialization or daring experiments with the everyday belong to the art history’s chapter on early conceptualists, as well as to the cultural heritage of the vernacular. Hence, the exhibition is a poetic assemblage of surprising juxtapositions. “Instruction verses” by Moscow conceptualist Dmitry Prigov, who was sent to psychiatric institution for performing a street action by handing these poems to passers-by, are displayed next to the subversively doctored library books for which Londoners Joe Orton and Kenneth Halliwell were given custodial sentences. Networks built by mail-artists and shortwave radio enthusiasts demonstrate the same affection for serialism and slowness as a chess-game played intercontinentally by post. The date, fixed in a painting by On Kawara, marks the beginning of a date of industrialist Günter K. with his secretary Margret, scrupulously documented in an intimate, photo-based diary, which was found decades later when a flat was emptied of someone’s personal effects during an auction.

The multitude of the materials on display is like a long-unopened mailbox where, within the scores of messages, one might find a personally addressed one. The exhibition is likely to unleash various memories for mature viewers and present a hitherto unknown, yet intriguing world for those who have reached adulthood in the Internet era.