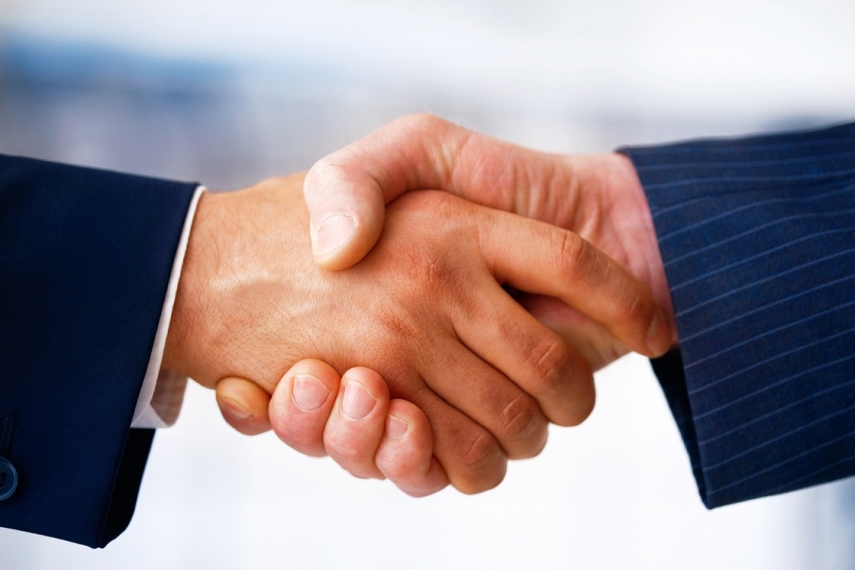 During the meeting with the Belarusian Prime Minister, Rinkevics spoke of the necessity of continuing to carry out the main activities in the medium term plan of activities between Latvia and Belarus, considering the good results achieved so far, especially in the transport sector.

Rinkevics also underlined the importance of Belarus in economic cooperation as a trading partner - the 4th largest trading partner outside the EU with a trade volume that grew over twenty percent in the previous year. Both imports and exports have increased steadily. This means, the Minister said, that the intergovernmental commission between Latvia and Belarus is essential in promoting cooperation between countries and between the working groups dedicated to development of cooperation in various sectors.

The Latvian Foreign Minister confirmed the transport and logistics sector to be one of the priority directions for cooperation with Belarus.

''We value the practical and constructive cooperation with respect to railways that led to creation of terms and conditions for an increase in shipments of goods. We are interested in diversifying and increasing the Belarusian goods that are transported via Latvian ports especially crude oil and potassium,'' Rinkevics said.

The Latvian Foreign Ministry is ready, the Minister confirmed, to give all necessary support and information to Belarus in the process of ensuring and arranging meetings between responsible government officials and enterprises, as well as introducing them to the opportunities available in using Latvia’s corridor for transit of goods. ''We see, he said, a great potential in the Belarus-Eurasia transit corridor linked with what is offered through Latvia’s transit infrastructure and those shipping and cargo services available through the Great Stone Industrial Park (Lielais Akmens),'' Rinkevics added.

In the discussion with the Belarusian Foreign Minister, Rinkevics expressed Latvia’s readiness in preparing the October 2019 intergovernmental commission’s agenda.

On the topic of EU-Belarus relations, the Latvian Foreign Minister expressed his appreciation for progress made in the EU-Belarus work to conclude agreements on visa facilitation and re-admission. The Latvian Foreign Minister noted that tangible steps taken in the area of upholding human rights and democratic norms are a prerequisite for broader EU cooperation with Belarus, and that also applies to the ending of EU sanctions.

''I hope that soon an understanding will be developed in negotiations over the EU-Belarus Partnership Priorities. And, taking into account that the policy on Eastern Partnership is one of Latvia’s foreign policy priorities, Latvia is interested in promoting the development of this policy on the EU level. Even though the rate at which the various Eastern Partnership partner countries approach their individual reform process, it is both in the interest of partner countries and the European Union, and Latvia supports the cooperation on the principle of differentiation,'' Rinkevics emphasized.

The Latvian Foreign Minister drew attention to the fact that Latvia and Belarus will be co-hosting the 2021 World Hockey Championships and that during the championship, there is a plan for simplification of the issuance of visas and for easier travel between Latvia and Belarus.

Both sides also spoke on possibilities of cooperation in international organisations, on the issues of cross-border cooperation including on questions related to environmental protection and management of the Daugava River basin.