We will not tolerate attempts to rewrite the history, because it can open path for darkest pages of history to be repeated - Rinkevics 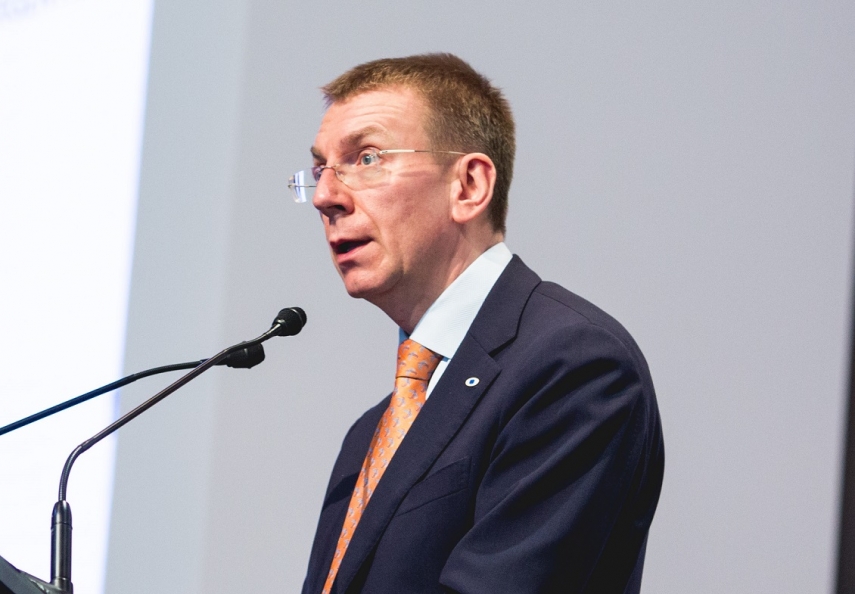 RIGA - On February 2, Latvian Foreign Minister Edgars Rinkevics took part in the centenary celebrations for the Tartu Peace Treaty in the Estonian city of Tartu, LETA learned from the ministry.

“I am grateful for the chance to be together with Estonians to celebrate the centenary of the Tartu Peace Treaty. One hundred years ago, the Tartu Peace Treaty led to a new reality in the Baltic region. The independence wars came to victorious conclusion. It is important, that the nations of Estonia, Latvia, Lithuania, Poland and Finland exercised their right of self-determination, established sovereign countries and separated themselves from Russia. This led to international recognition de iure and full-fledged membership in the international system. We have gone through independence wars, occupation and regaining of independence, and we know the value of freedom. We will continue supporting a world which is based on international law, multilateralism and to highly value cooperation between allies and partners. We will not tolerate attempts to rewrite the history, because it can open the path for the darkest pages of history to be repeated,” said Rinkevics in his speech.

During the visit, the Latvian Foreign Minister had a working lunch with the Foreign Ministers of Estonia, Finland and Poland at which they discussed the European Union’s Multiannual Financial Framework, EU enlargement policy, the EU’s Eastern Partnership Policy, the security situation in the region, and transatlantic cooperation.

The Treaty of Tartu, or the peace treaty between Estonia and Soviet Russia, was signed on February 2, 1920, bringing an end to the Estonian War of Independence. The Treaty stated that Soviet Russia recognizes, without reservation, the independence and sovereignty of Estonia, and renounces voluntarily and forever all sovereign rights over the Estonian territory. The treaty was ratified in Moscow on March 30, 1920, and registered with League of Nations on July 12, 1922.