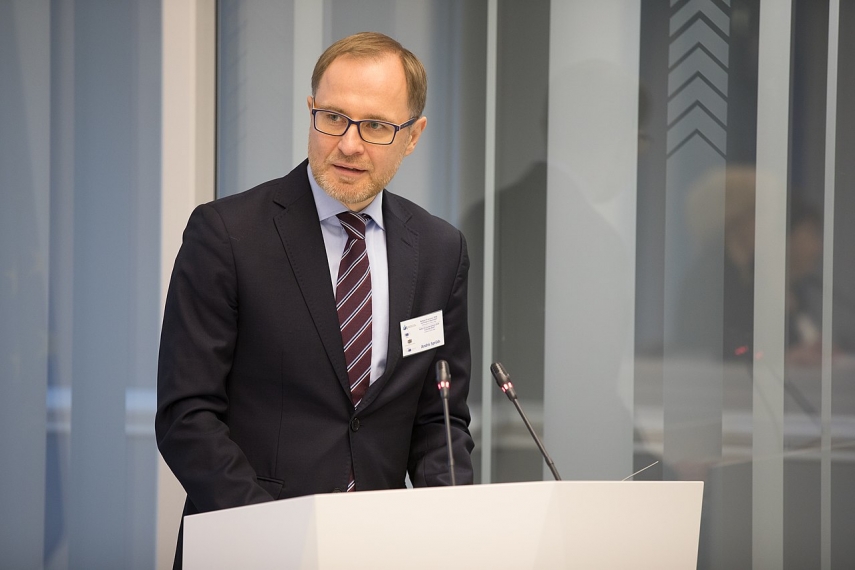 RIGA - Close attention must be paid to Ukraine-Russia relations, as well as the policies of United States President Donald Trump this year, Andris Spruds, director of the Latvian Institute of International Affairs, told LETA.

Commenting global challenges in 2019, Andris Spruds pointed out that there is a risk of the escalation of the conflict between Russia and Ukraine. ''The conflict in eastern Ukraine will continue this year as well, as Russia sees the Sea of Avoz as its inland waters and Crimea as its own as well, thus it will be difficult to avoid conflict,'' the expert said.

Andris Spruds pointed out that Russian President Vladimir Putin, who is not enjoying the highest ratings at the moment, could try to sharpen the conflict with the aim of improving his popularity at home.

Spruds also said that Latvia must also closely following along what is happening in the United States, especially after the resignation of United States Defense Secretary Jim Mattis. ''Mattis was an ally of the Baltic region, and was seen as the only visible ally within the presidential administration. ''The politics currently being implemented by Trump raises many questions. It seems that the United States president has better relations with adversaries, instead of allies, which is something Mattis has pointed out to. Trump's view of the world is not a good one for smaller countries,'' the expert emphasized.

From Latvia's perspective, what is happening around the world is extremely important and decisive for a small country like Latvia. ''When looking back at defining moment of our history, they were mostly determined by external factors,'' he said, adding that Latvia must continue to look for allies around the world.