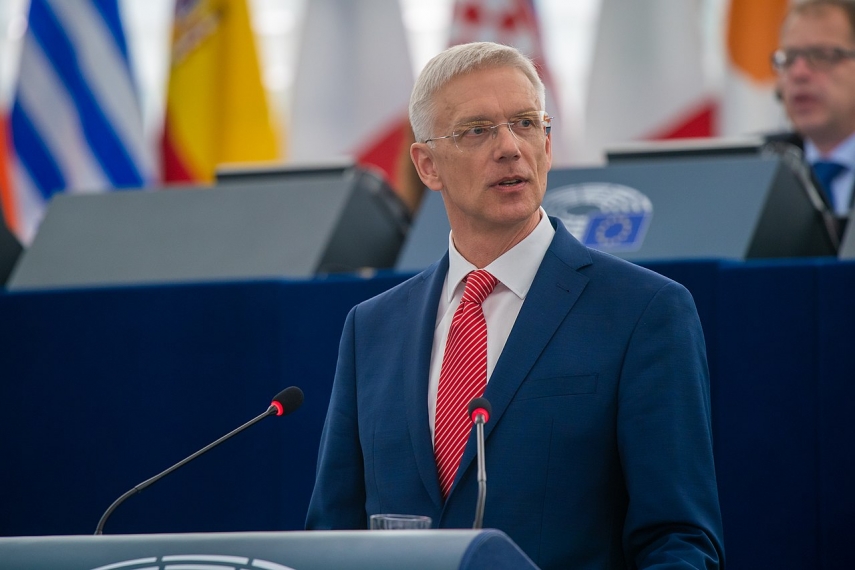 RIGA - Popularity rating for Prime Minister Krisjanis Karins' New Unity party reached a new record high in June, while Harmony's popularity rating has fallen to the lowest mark since 2010, and support for the New Conservative Party has also declined significantly since the parliamentary elections, Latvian Television reported last night, referring to a survey conducted by the sociological research center SKDS.

If Saeima elections were held in June, 15.8 percent of voters would vote for Harmony, which is 1.7 percentage points less than in May. This is the lowest rating since 2010, when the party's current leader, Nils Usakovs, had recently become the mayor of Riga. Sociologist Arnis Kaktins believes that the main reasons for the decline in Harmony's popularity include the recent developments at the Riga City Council and the fact that Usakovs has stepped back as Harmony's leader.

The Union of Greens and Farmers, the second most popular party in Latvia in May, has now been overtaken by New Unity with 10.5 percent voter support, which is 4.4 percentage points more than in May. Thus, New Unity's rating has reached its highest mark in four years. Last time the party's rating was 10.5 percent was in 2015 when the party was called Unity, Latvian Television reminded. Kaktins attributes the jump in New Unity's popularity to the party's good results in the European Parliament (EP) elections, but believes that the increase in the party's popularity may be short-lived.

National Alliance was the third most popular party in June with a rating of 7.7 percent - 0.9 percentage points down from May.

According to the SKDS survey conducted in June, 18.2 percent of voters do not know which party they would vote for in Saeima elections, and 18.7 percent of respondents said they would not participate in elections.