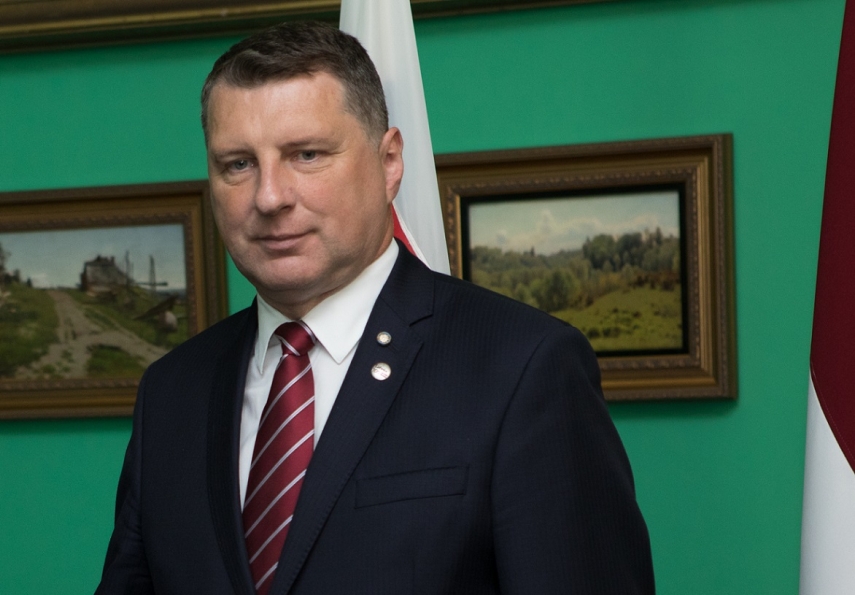 RIGA - During a meeting today, President Raimonds Vejonis and Foreign Minister Edgars Rinkevics (New Unity) were in agreement that the main foreign policy issues at the moment is the protection of Latvia's interests in EU budget talks, Brexit and the upcoming European Parliament elections.

As LETA was informed by the Presidential Chancery, Vejonis met with Rinkevics to discuss the work of the Foreign Ministry and his priorities.

The two sides were in agreement that efforts must continue to strengthen Latvia's security, which also includes the strengthening of the supervision of Latvia's financial sector, which is both a matter of security and the country's reputation.

Vejonis also said that he supports initiatives aimed at working with the Latvian diaspora abroad, including the allocation of funding for education, media and cultural programs, as well as re-emigration measures.