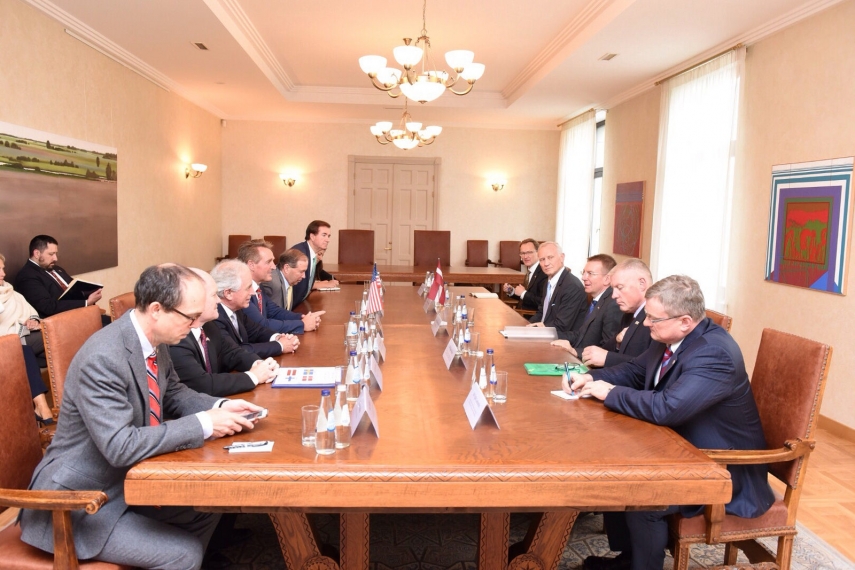 The Congressmen congratulated Latvia on the centennial of its statehood and spoke enthusiastically of the spectacular Song and Dance Celebration events under way in Latvia.

The parties discussed preparations for the NATO Summit in Brussels, current development in security and international policy, transatlantic relations, and strategic partnership between Latvia and the U.S. The delegation pledged the unwavering support from the U.S. Congress for Latvia's security and underlined the importance of the transatlantic link for the U.S. society, its government and the Congress.

The foreign minister noted that Latvia was bringing its due contribution to the strengthening of defense capabilities in the Alliance, thereby making stronger its own security and that across NATO's eastern flank, as well as promoting deterrence policy in the region.

He underlined that Latvia, being aware of the decisive role of the EU-U.S. relationship in ensuring stability worldwide, will continue actively providing its contribution to the advancement of transatlantic dialogue.