Two interior structures at war in Latvia; road builders could be among its victims 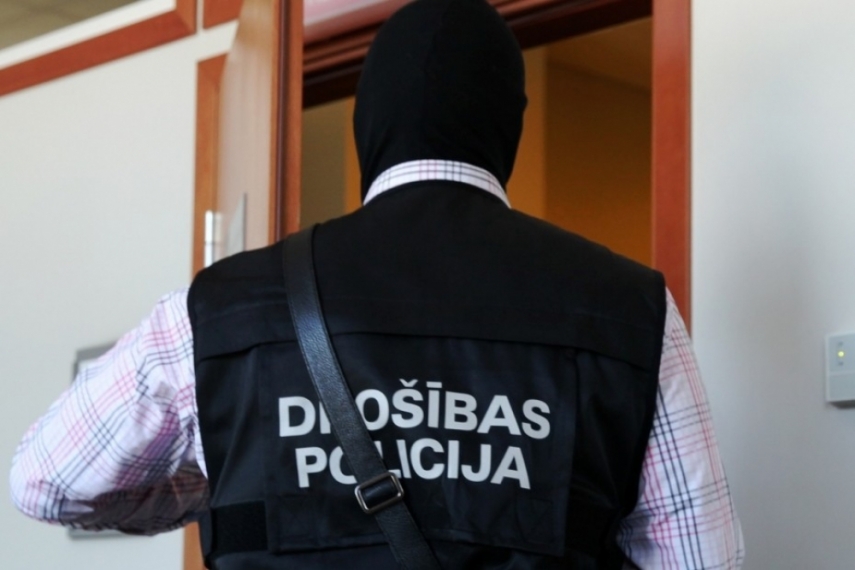 Two structures of the Latvian Interior Ministry are believed to be at war over investigative powers, according to local media reports that also point out to several cases when persons and companies have fallen victims to this competition.

One of the cases focuses on a border guard official who is accused of unlawful actions in handling official and classified information. Another instance of such demonstration of power could be questioning of work procedures at the road construction company Igate, said representatives of the enterprise.

Igate suspects that all accusations in its direction stem from the competition or “war games” between the two official institutions because circumstances of the two cases have much in common.

The first case centers on actions by a border guard official who is accused of divulging classified information, which consequently turned out to be completely public materials with no secret value at all.

The Border Guard still manages investigative and operative functions regarding non-violent crimes committed by border guard officials. At the same time the Interior Security Bureau (IDB) is entitled to carry its own parallel investigation. This bureau reports to the interior minister and is supervised by the Prosecutor General’s Office of the Republic of Latvia. The criminal case against an employee of the Ventspils department Irina Kurganova was initiated by the Interior Security Bureau. She was detained for two days on April 17 on suspicion of a wrongdoing committed a year ago.

The border guard lawyer had to wait for a long time to be informed about what misconduct she is accused of until it finally became clear that the issue is linked to three presentations the administration had asked her to translate. It was a job outside the scope of her routine duties and she took the documents with her to perform the task at home. She lives together with her family, her husband and their underaged child. In short, the Interior Security Bureau regarded that the information about the border guard was made accessible to third persons. The presentations, however, did not contain classified information as concluded by an internal service investigation carried out by the Border Guard itself. It was general and public information and moreover included a movie about the border guard work that can still be watched by everyone on the web.

The situation of the construction company Igate has much in common. Igate suspects someone is interested in harming its reputation and business with the help of incomplete and biased information with an aim of launching criminal proceedings. Many aspects of the situation are so unclear that causes big doubt if there are any reasons for criminal investigation at all.

While Igate lacks in-depth information about competition between the two investigative structures, officials and representatives are assessing circumstances and consequences of the situation. Firstly, Igate ir participating in multimillion tenders with tough competition. Secondly, the criminal proceedings were made public as early as six months before employees of the company were called  for interrogation. The media received unprecedently detailed information, images and video footage of construction work under way at the eastern border. The improvement of the eastern border had evidently begun to bother some interested persons.

These processes are making the company to suspect manipulation with investigative processes. Possible interested persons could be either competitors in the expensive tenders or illegal traffickers of people or goods over the state border.

On the other hand, information made public by the media leads to suspect a newly started blackmail campaign against Igate or the State Border Guard. It also suggests a leak of information from the Interior Security Bureau (IDB) about special investigative operations.

Evidently this “war for power” will continue to its culmination at some point in the future. The daily Neatkarīgā Rīta Avīze concludes that IDB has tainted its reputation and the head of the bureau will have to report to both the Prosecutor General’s office and the parliament.

Head of the State Border Guard, Guntis Pujats, has pointed out that maximum sanctions should not be applied for minor offences. Igate’s lawyers add that investigative procedures must be carried out in a civilized manner and without violating human rights and privacy, which so far has not been the case. Igate’s defense lawyer Juris Beikmanis has compared the severity of these sanctions to steps of precaution that would be proper in a murder case.

Igate also points out that the construction work at the border site is still under way and it is not normal to assess its quality before the work has been completed.

“The Border Guard still keeps the investigative and the operative function with regard to violations by its officials that are not related to violence. At the same time, the IDB also has the authority to carry out investigation, and this bureau reports directly to the interior minister and is supervised by the Prosecutor General’s office,” according to the newspaper Neatkarīgā. It is possible that the overlaying functions and competition for budget money can be the reason of “the war between IDB and the State Border Guard.

The road construction company Igate hopes that all investigative proceedings carried out by IDB regarding both Igate, the border guard official, Irina Kurganova, and other possible cases that are similar to the first two occasions will still be carried out in accordance with the law and in an honest manner, with no ungrounded delays and hindrances under due supervision and without an abuse of authority.

The head of the State Border Guard, Guntis Pujāts, has applied to the Prosecutor General’s Office asking to check actions taken by IDB.

Saeima (the parliament) is also starting to get impatient. According to an initiative by MP Jānis Ādamsons the Committee for Defense, Interior and Corruption Prevention plans to talk to the head of IDB, Valters Mūrnieks. When he reported to the committee at the beginning of this year it was concluded that IDB is not capable of taking over all investigative functions of the State Border  Guard. Moreover, there is no need for it do so as figures indicate that the State Border Guard is performing these functions successfully.