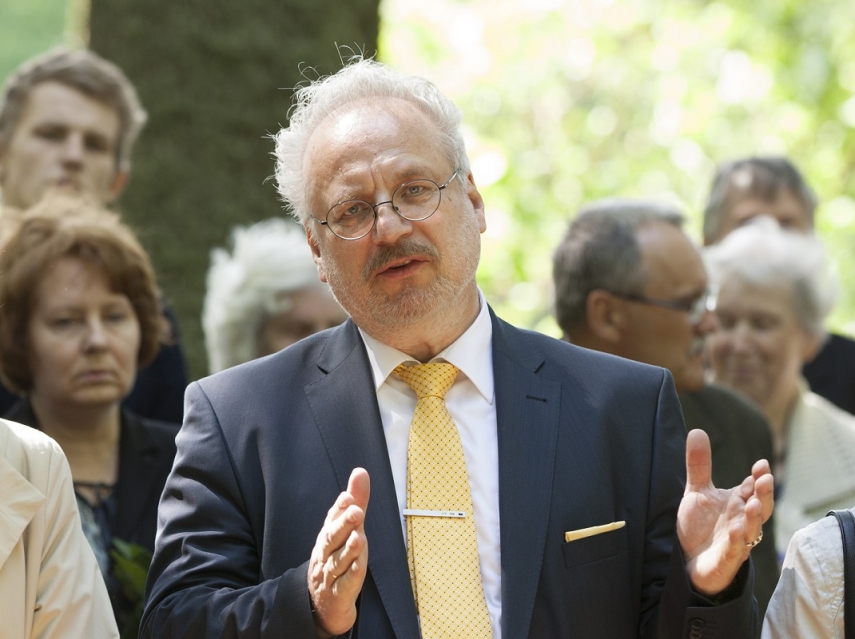 RIGA - Transatlantic partnership is the cornerstone of Latvia’s and Poland’s security, said Latvian President Egils Levits during his meeting with Polish President Andrzej Duda in Warsaw on Wednesday.

The President's Chancellery reported that during the meeting both presidents discussed bilateral relations between Latvia and Poland, European Union (EU) agenda, regional security and infrastructure projects.

President Levits thanked Poland and Duda for the warm, open and friendly welcome. He also expressed his appreciation for the possibility to exchange opinions.

“Latvia and Poland share close ties dating a long way back, many centuries. For several centuries, a part of Latvia was incorporated into Poland, thus Polish culture and heritage is deeply embedded in our culture and heritage. We respect this heritage and hold it in high regard. Moreover, hundred years ago, Poland rushed to Latvia’s help at a very crucial moment and expelled Soviet army from Latvia. 500 Polish soldiers died in the battlefield. Latvia will be forever grateful to Poland for its role in ensuring Latvia’s integrity. Polish troops deployed to Latvia in scope of NATO battlegroup right now, continue to provide vital support in ensuring our national and regional security. Transatlantic partnership is the cornerstone of Latvia’s and Poland’s security,” stressed the President Levits.

During the meeting, presidents touched upon EU affairs and concluded that the unity of the EU remains crucial. “Europe will grow and avoid unnecessary rifts and conflicts only if we manage to find common denominators. This applies to both the policies and the public sentiments. We must prioritize such common interests at the strategic level to enable the EU to successfully compete with other global political and economic powers,” underlined the President of Latvia.

“I believe that the Polish candidate, Janusz Wojciechowski, who has extensive experience with agricultural policy, is very competent. Both Poland and Latvia will benefit from a more balanced agricultural policy of the EC. Our positions on the multi-annual financial framework (MFF), especially the cohesion policy funding, are the same. Cohesion Fund is an efficient instrument for reducing disparities between member states. To achieve convergence, which is EU’s strategic goal, cohesion policy should remain at the same level. Any cuts would slow down the process of convergence, and neither Latvia, nor Poland, nor any other EU member state would favor that,” said President Levits.

Both presidents also discussed Brexit and its impact on Latvian and Polish diasporas in the United Kingdom, and EU’s relations with Belarus and Ukraine. President Levits and President Duda expressed their support for territorial integrity of Ukraine and statehood of Belarus. They also talked about the Three Seas Initiative and Poland’s involvement in the Rail Baltica project.

“This visit is emblematic of the good relations between Latvia and Poland. I hope it will become an impetus for closer and deeper cooperation between our two countries, which are bound by shared interest. Let me conclude by thanking the President of the Republic of Poland once again for the warm welcome and hospitality,” said President Levits at the end of the meeting.