To restore peace in Europe, we must help Ukraine win the war - Estonian president 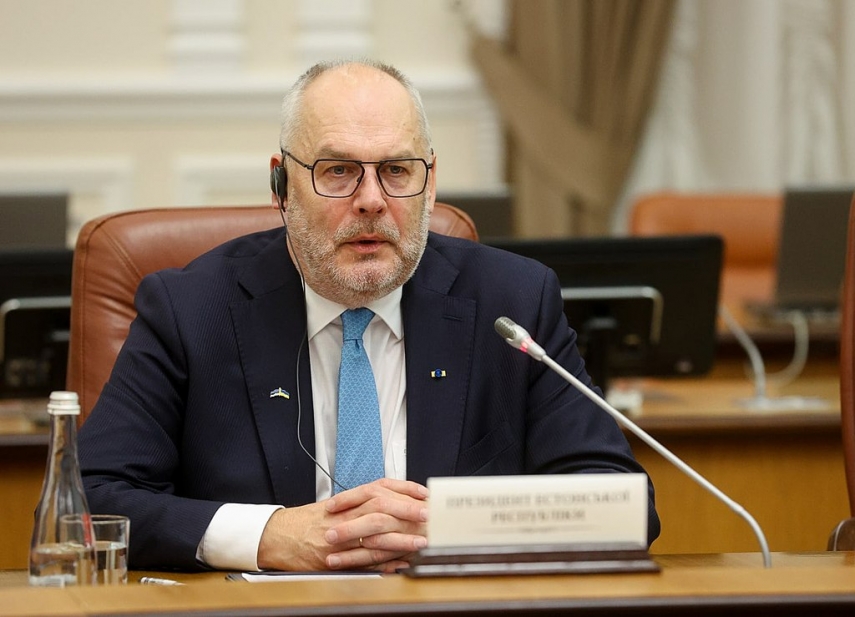 TALLINN - In order to restore peace in Europe, we must help Ukraine win the war, and cooperation between Estonia, Latvia and Lithuania allows us to better face the current threats and make decisions that will help ensure security and a better future for our countries, Estonian President Alar Karis said at a meeting of Baltic heads of state in Riga on Monday.

"We have a very similar understanding of the threats our region is facing," Karis said according to spokespeople. "We agree that the key to restoring peace in Europe is to help Ukraine win the war. Our hearts and minds are with Ukraine and we will continue to do everything in our powers to help Ukraine survive the winter and will support them so that they would be successful on the battlefield."

"Russia's campaign of terror against Ukrainian civilians must end. Our goal must be a just peace," the Estonian head of state said. "We will do our utmost to ensure that the voices of the Baltic states are heard loud and clear in discussions on ensuring European security."

The president cited the common position of the Baltic countries in the NATO Madrid summit declaration, which says that "Russia must immediately stop this war and withdraw from Ukraine."

"The way we described Russia -- 'the most significant and direct threat to allies' security and to peace and stability in the Euro-Atlantic area' -- is still valid. This is the starting point for any discussion about how we will deal with Russia in the future," he said.

The president also emphasized energy security, which is crucial for the Baltic countries not only in the winter months, but also in the future.

"In terms of energy security, we are as connected as we are in ensuring the security of the region, which is why seamless cooperation and solidarity are also key here," Karis said.

He said all three Baltic countries will continue coordinated efforts to ensure the security of our region's energy infrastructure and prepare for desynchronization from the Russian power grid.

"Estonia, Latvia and Lithuania are working together to build a resilient energy system, several projects are already underway, and we see potential in offshore wind energy in particular," the president said.

The head of state also highlighted the Rail Baltic project, an added value of which is military mobility, enabling faster transfers of NATO forces in a crisis.

"That's why we have to move forward with this important regional project," he said.

Karis expressed his gratitude to his Latvian counterpart Egils Levits for coordinating the work of the lead nation of Baltic cooperation this year and expressed his appreciation that Estonia will be the rotating president of the Baltic Council of Ministers next year, taking over from Latvia.