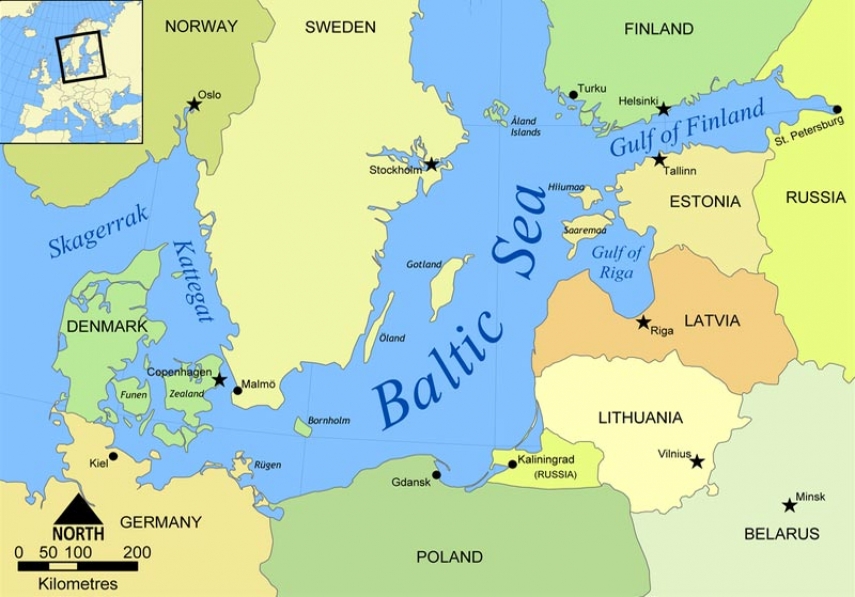 Politicians have a tendency to circumvent edgy corners of subjects, so often it is journalists who point to them bluntly, providing far better and deeper insights than the army of policy makers out there. How does the Baltics’ defence look in the eyes of a journalist who has written internationally and profusely on the subject for over 20 years? Francis Tusa, a prominent defence journalist, who has contributed to the Guardian, Financial Times, BBC, CNN, ABC  and other outlets, and is currently editor-in-chief of Defence Analysis, took some point-blank questions from The Baltic Times on Baltic defence and shot back as many straight answers.

How do you characterize the Baltics in terms of defence?

If by The Baltics  you mean The Baltic States, I would say perilous. Having had pitifully low defence budgets since 1990-1991, their organic defence is incredibly limited in both size and capability. If by The Baltics you include Finland, Sweden and Poland at the very least, the situation was quite bad 2-3 years ago, but there is now an upward trend regarding spending, and thus re-equipping and modernisation, a process that will continue in all of these countries for at least the next decade.

What are the region’s biggest vulnerabilities except Russia?

Obviously, the proximity to a less-than-friendly Russia is the issue that affects the Baltic States most...

Is NATO weaponry always faster, more effective and mobile than Russian? Where do you see Russian arms being better?

Although surface-to-air missile defences are an essential piece of defence equipment for any country, if you mean “anti-ballistic missile defence”, then this would largely be an irrelevance for the Baltic States: Russia has artillery that can cover almost all of the three states and this would not be affected by anti-missile defences. This is very much the same situation that faces South Korea: Seoul is well within artillery range of North Korea, and is extremely vulnerable.

In the 1980’s, you could largely say that NATO equipment was better, across the board, than Soviet equipment – this is no longer necessarily the case. Russia has spent well over a decade spending on conventional warfare equipment of a type that NATO hasn’t, as many of its members have been involved in operations in Afghanistan. In areas such as artillery, both tube and rocket, Russia has equipment arguably superior in range, payload and numbers than NATO. Russian electronic warfare has developed in leaps and bounds – and it was always feared in Germany in the 1980’s.

Lithuania purchased 88 Boxer infantry-fighting armoured vehicles (IFV) from the German consortium ARTEC. The contract is reportedly worth 390 million Euros ($435 million USD) and the vehicles will be produced by two German defence manufacturers – the KMW group and Rheinmetall Defense. Is the deal worth it? Are the vehicles any better in comparison to other similar vehicles in the class?

The Boxer is a good vehicle and is in service with the armies of Germany and the Netherlands. The market for 8x8 AFV’s is a large one, and there are lots of offerings. The Boxer is at the higher end of this market in cost, yet, protection-wise, the vehicle is good.

Lithuania has considered some other vehicles, including the Swiss MOWAG/Piranha, the AMV from Patria in Finland, the French VBCI offered by Nexter, Italian SuperAV from Iveco, and two Turkish designs – the 8×8 Arma from Otokar and PARS from FNSS before opting for Germany’s Boxer. Do the names lag in anything to Boxer?

Boxer arguably has the highest level of protection of all the vehicles that you mention – and if protection is your top priority, then that is what you opt for. Is it the cheapest? No. Turkey would offer highly subsidised AFVs, as Ankara is trying to boost its defence industries. I cannot fault Lithuania for the decision it took. Put it this way: how many people regret buying a BMW or a Mercedes? That is what you get when you buy German armoured vehicles.

Lithuania was rattled last year by the so-called “golden army spoon” scandal – it turned out army utensils had been purchased for an exorbitant price. Do you find military procurements in the Baltics, and especially in Lithuania, non-transparent or even shady sometimes?

I have no visibility on this scandal – all I can say is that many/most NATO countries end up having some form of procurement incident, where it turns out that the government has spent far too much – this is even true of the USA.

In my opinion, all countries need to operate an open and transparent procurement process for any and all equipment, so that auditors can examine and clear any/all procurement. Procurement done behind closed MoD doors has a tendency to end up going wrong. In this respect, Sweden and Finland are shining examples.

Defence-wise, how do you see the Baltics’ marine defence capabilities?

The Baltic States’, i.e. Latvia’s, Lithuania’s and Estonia’s maritime capabilities are severely limited – but do they need strong navies? Is not the main requirement enhanced armies, then SAMs, and then air forces? Although Sweden, Finland and Poland are all upgrading their navies, these are very much the third arm of their armed forces, behind the army and air force. A key area of modernisation for both Sweden and Poland (and eventually Norway and Denmark) is submarines. The problem for any Baltic nation is that the Baltic Sea is so small, surface ships run an extreme risk of simply being floating targets. I wouldn’t see it as a priority for the Baltic States.

How can you characterize each Baltic State’s military capacities? How do you assess the Baltic States’ conscript armies?

All of the three Baltic States have limited capabilities – the drive for modernisation only began a few years ago. I wouldn’t describe any as strong – if you are assuming that the threat is from a Russian attack, none has strong capabilities to resist on their own.

How do you assess the Baltic States’ conscript armies?

Conscript armies are an interesting issue – Sweden has just resumed a process to get conscription back and France will launch a National Service system – because they provide numbers of troops, but the quality can be questioned. If one recalls that national service in many NATO current countries used to be 2-3 years, compared with current suggestions of six months, one can doubt whether many conscripts will have the skills necessary. My view is that if you do have conscription, then do it properly regarding the length – but this comes at a cost. NATO countries gave up conscription in the 1990’s/2000’s as it was expensive, took up too many regular troops to do the training and did not produce good soldiers/airmen.

Since Estonia has long been meeting the NATO commitment to allot 2 per cent of its GDP for defence, what does that tell you?

It tells me that Estonia woke up earliest after the massive cyber assault of a few years back and saw that defence was no longer an optional extra, but a national must have.

In case of an emergency, how long do you believe it would take for NATO to react to a hostile military intrusion in the Baltics?

What do you make of the fact that Donald Trump will not be visiting any Eastern European country, or Ukraine, on his late May visit to the Middle East and Europe?

I wouldn’t worry too much – he will be at the NATO summit, and key issues will obviously be raised there. Under his presidency, we have seen extra US Army units moved into Eastern Europe, so there is a US commitment there.

I think Russia has all of the enemies that it might want at the moment – in the Arctic, Ukraine, facing NATO, interventions in Montenegro, supporting Syria, etc. I suspect even President Putin is unhappy about what’s on his plate at the moment.

Under what circumstances do you see Russia invading the Baltics? Can it happen?

To answer the last first: anything is possible, which is why militaries plan for the worst outcome. Perhaps the worry about whether it could happen is that we should be assuming that it might, and make sure that we have the means necessary to deter or actively stop such an act. Do I believe that the NATO deterrent presences are of a size to really deter? No.