The first half of the year at Lithuanian Airports: stable growth and improved records 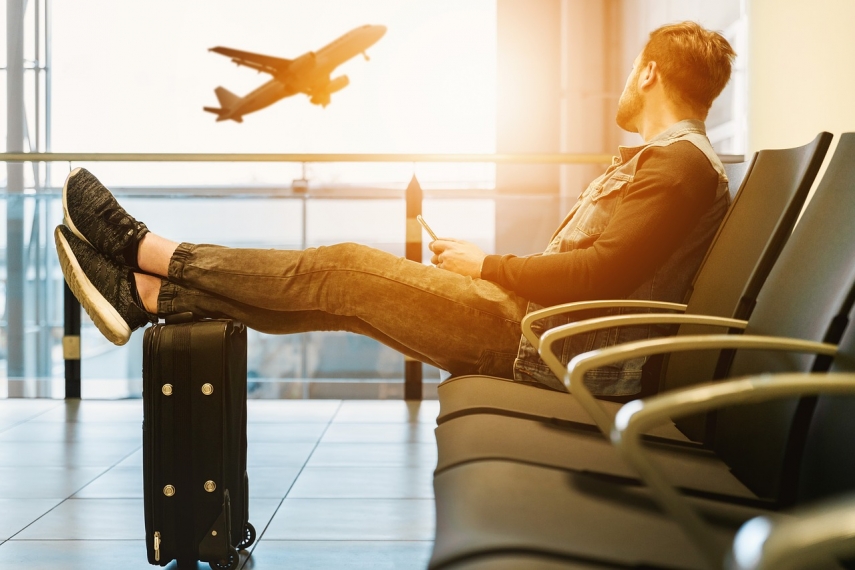 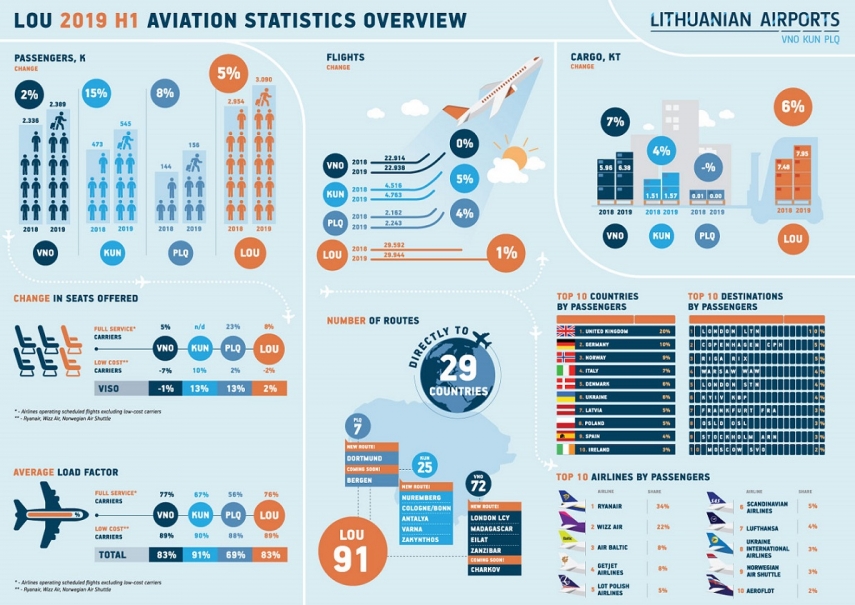 The first half of 2019 has once again been a record high yet again. All aviation indicators, compared to the same period of most successful year so far – 2018, increased: more flights were served, the number of passengers and directions of flights increased.

Over the past 6 months, 3.09 million passengers have flown using Lithuanian airports, there were 29.9 thousand flights and 7.95 thousand tons of cargo was transported. According to Marius Gelžinis, the head of Lithuanian Airports, all these figures exceed last year's aviation figures.

“Not only did we maintain growth in the first half of this year, we also improved half-year records of our most successful year – 2018: the number of passengers has already increased by 5 percent, the number of flights increased by 1 percent and the amount of cargo improved by 6 percent. Not only the overall statistics of Lithuanian airports improved, but there were also improvement in separate indicators of Vilnius, Kaunas and Palanga Airports”, says Marius Gelžinis, head of Lithuanian Airports.

The number of passengers in Vilnius increased to 2.4 million in the first half of the year, in Kaunas, there was an increase to 545 thousand, and in Palanga the number is 156 thousand passengers. Although statistically the largest number is in Vilnius, the fastest growth was recorded at Kaunas Airport.

“We plan that Kaunas Airport should grow the most this year - close to 20 percent. Such a forecast seems likely to come true: in the first half of this year, the number of passengers has already increased by 15% and the number of flights by 5%. These growth rates are the highest of all three airports”, says M. Gelžinis.

The number of directions of all Lithuanian Airports has reached 100 within half a year, as many as 91 directions can be taken from the national air gate.

During the first months of this year, flights to London City, Dortmund, Madagascar, Zakynthos and Varna were launched. Directions will continue to increase: 2 more new flights will soon be launched - to Bergen and Kharkov. Flight frequencies to Istanbul, Stockholm, Tel Aviv and Riga increased. This will increase the number of flights to Eilat, Tel Aviv, Riga as well as Vienna, where passengers will be flown to by the new airline at our airports “Lauda”.

The most popular destination countries at the airports remain unchanged: as much as 20 percent of all Lithuanian passengers fly to the United Kingdom, 10% to Germany, and 9% to Norway. Next comes Italy, Denmark, and Ukraine.

The most popular airports travelled to from Lithuania are London Luton Airport (10% of all passengers), Copenhagen and Riga Airports (5% each), as well as Warsaw Chopin, London Stansted and Kiev Boryspil airports.

Low cost airlines have established in Lithuania: 34 percent of all passengers during the first half of the year were transported by Irish “Ryanair”, 22 percent by Hungarian “Wizz Air” airlines, 8 percent by Latvian “Air Baltic”. “GetJet Airlines”, “LOT Polish Airlines”, “Scandinavian Airlines” are also at the top.

According to M. Gelžinis, the head of Lithuanian Airports, the growing indicators testify to proper, successful management of the company, assured work of a qualified airport team and a well-chosen business development strategy.

IATA predicts that in 2019 aviation figures will grow globally as they do every year: an average of 75 planes in the world take off from airports every minute.