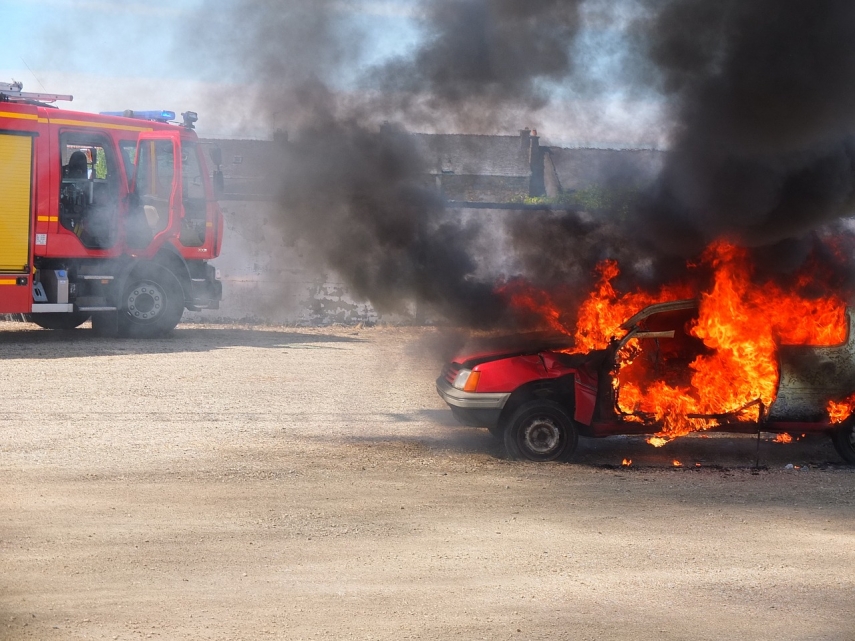 KAUNAS - A court on Thursday handed down prison sentences to ten people who were charged with committing an act of terrorism when they torched seven cars in Marijampole to intimidate the public and exert pressure on the southwestern Lithuanian town's law-enforcement officials.

"Courts' practice in applying the (Criminal Code) article on act of terrorism is very scarce. In evaluating the collected evidence, the court looked at whether the evidence corresponds to the incriminated criminal acts," Judge Danute Giacaite of the Kaunas Regional Court said as she pronounced the sentence.

According to the judge, the court looked at whether the accused persons had terrorist purposes. After hearing testimonies by the accused and witnesses and taking into consideration the fact that damage was caused to property owned by people with no connection to the case, it ruled that the aim was to intimidate the public and cause panic.

The court found it very important that the attack deliberately targeted members of the public "who had no connection to the case and could not explain why their cars were burned," rather than the town's police, Giacaite said.

The accused were given prison sentences of between one and four years.

According to the case file, the crime was committed back in 2011, when one of the accused sought to intimidate a part of the public and stop the Marijampole police from arresting a friend of his. In revenge for his friend's arrest, the man instructed other accused persons to organize a car-burning attack.

Seven cars were simultaneously set on fire by smashing their windows and throwing in combustible material at various locations in the town in the early hours of Jan. 13, 2011.