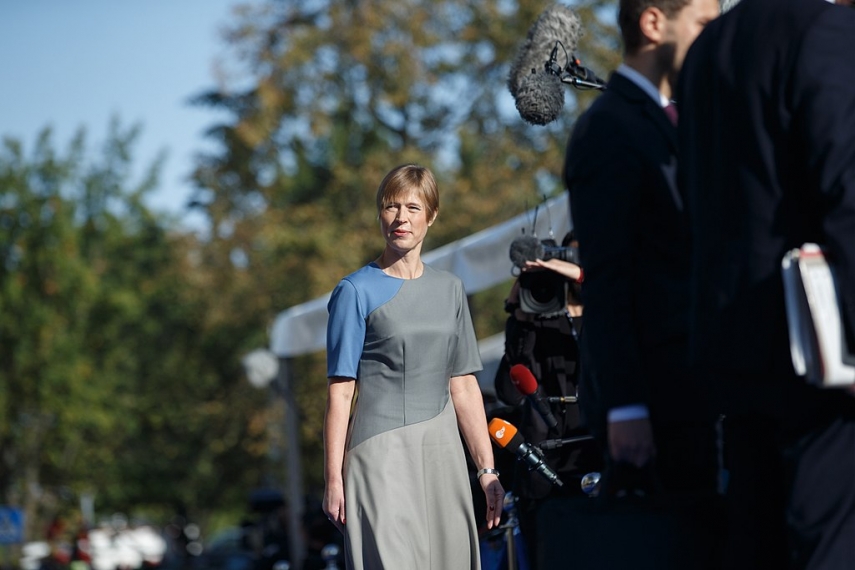 TALLINN - Estonian President Kersti Kaljulaid said at a meeting with King Willem-Alexander of the Netherlands on Tuesday that both countries' people are able to appreciate the benefits of digital society but have a similar understanding also of things farther from home.

The Estonian head of state said at the press conference following the meeting that both Estonian and Dutch people value the ease of arranging their everyday lives, the president's press service reports. "We appreciate the advantages of digital society and Estonia will gladly share its experiences. I would like to take the opportunity to thank the Netherlands for recognizing our digital signature," the president added.

"Ties between our people are not limited to contacts at the political level. Our businesses, students and scientists work together, which for me is a clear sign that we think similarly. By the way, the Netherlands is the third-largest foreign investor in Estonia after our closest neighbors," Kaljulaid explained.

Speaking about defense-related cooperation, the president pointed out that the Netherlands has been contributing to the work of the Tallinn-based NATO Cooperative Cyber Defense Center of Excellence for years, their fighters have patroled our airspace and the country is Estonia's biggest partner in defense procurements. "Such mutual trust is based on our historical experiences, common values and approach to the international situation, which does not differ in any questions which truly matter, be it Brexit or European Union issues," Kaljulaid said.

King Willem-Alexander is on a state visit to Estonia on June 12-13.