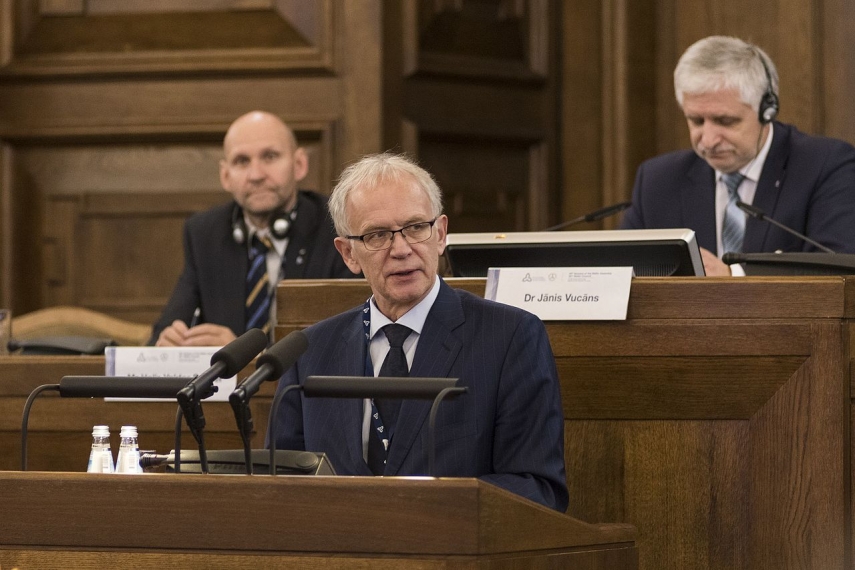 TALLINN  – Speaker of the Riigikogu Eiki Nestor has described preparations for the Estonian presidency of the European Union (EU) and debates over the tax changes envisaged in the program of the new government coalition as the most important topics for the parliament in the first half of 2017.

"The presidency starting in July will be an event for all of Estonia, including for the parliament, and it is something that will give us excitement, work and new impressions," Nestor told BNS on Friday.

"The second half of next year will be particularly exciting. Then Estonia will be the one that makes compromises – our position will be to search for a compromise and we will have no other position," Nestor said. "This is the role of the presidency, which is substantially different from our position so far," he said.

"I think that probably the most difficult part of the presidency, and the most exciting part on the other hand, will be the topic of Brexit, because very many of the negotiations will fall on the period of our presidency. And on that subject everyone's taking a leap in the dark because a procedure like this has never been carried out before, there's no precedent," the speaker of the Estonian parliament said.

Nestor also singled out the joint meeting of the EU affairs committees of EU member states that the Riigikogu will host as part of the Estonian presidency.

Speaking of domestic topics, Nestor said that the portion of the proposals of the new government coalition which still have not been presented to the Riigikogu will apparently be of the biggest interest for the public.

"These are the things that were taken off the parliament's agenda with good reason – the things that have to do with tax policy and should take effect from the beginning of next year," Nestor said.

"The discussion on these issues will be the most interesting, because they include several subjects that have been usual practice in Europe for a long time, such as car tax in one form or another, which is considered normal and exists elsewhere. Here it is definitely something new and will be a matter of nationwide interest. I think there will be a lively discussion of tax issues," he added.