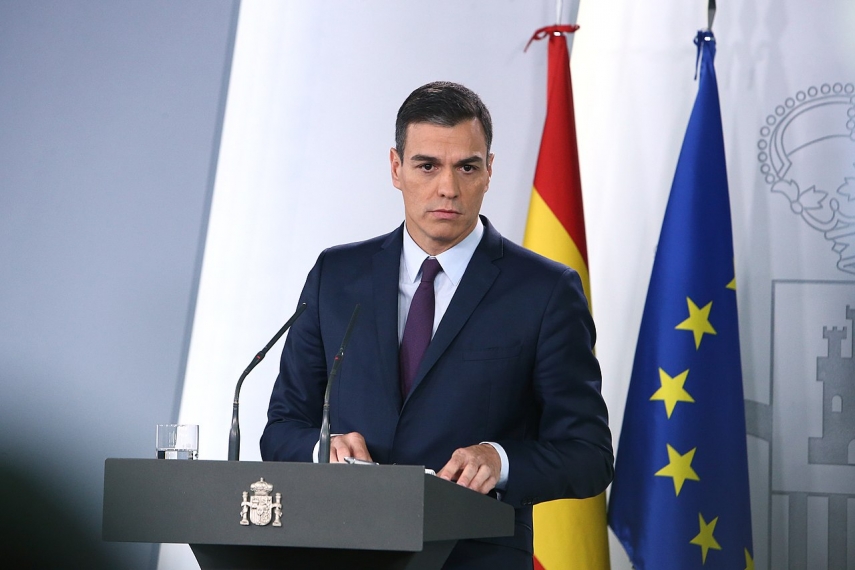 Today, Karins met with the visiting Spanish Prime Minister Pedro Sanchez in Riga. At the press conference after the meeting, Karins emphasized that Latvia and Spain had developed good relations, and the two countries were cooperating closely within the European Union and NATO.

"Spain's contribution to NATO's security alliance in the region is extremely important. The Spanish military contingent at Adazi military base is the second largest - around 350 people," the prime minister said. He thanked Spain for its contribution to the NATO mission in Latvia and said he hoped that it would continue.

Karins also pointed out the close economic cooperation between the two countries, emphasizing the high-tech sector. He mentioned the opening of Printful's production facility in Barcelona, as well as a machine translation company working with Spanish companies. According to Karins, Spanish companies are also interested in the Rail Baltica railroad project.

Karins also talked about the opportunities for Spanish companies to invest in Latvia.

On the other hand, Sanchez praised the centenary of diplomatic relations between Latvia and Spain, as well as successful cooperation in various fields. Spain supports Latvia with its military presence at Adazi military base, he said.

"We have a common vision on security, European and climate issues. I believe that the dialog between the two countries is a success," Sanchez said.

Asked by journalists to comment on Catalonia, Karins said that different processes were taking place in each country, which may be not easy to understand from the outside.

"From Latvia's point of view, the situation with Catalonia is an internal issue of Spain. In any case, we respect Spain's wishes and its integrity," said Karins.