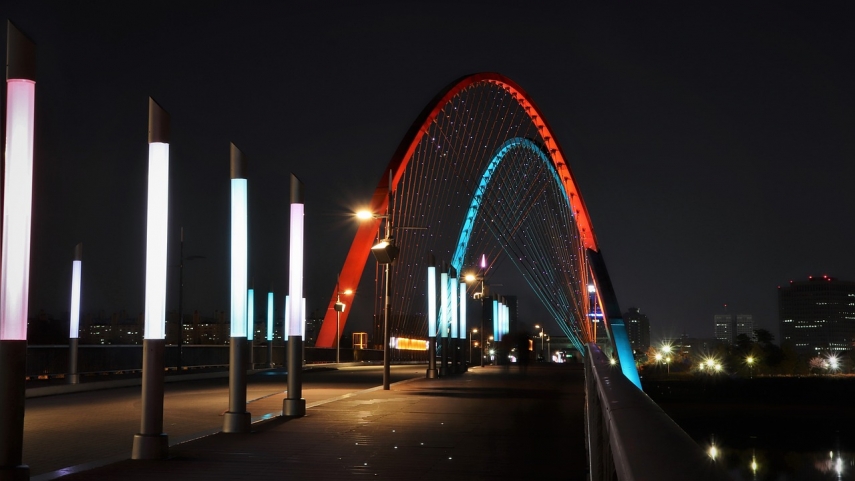 LETA was told at the president's office that the meeting between the two presidents was intended to build closer political and economic cooperation between Latvia and South Korea. "South Korea is one of Latvia's most important partners in Asia. We still have a great potential to develop this cooperation in various areas - investment, trade, tourism, education, culture and air transport, as well as other spheres of transport and logistics," said Vejonis.

To promote economic exchange between the two countries, the first Latvian-South Korean business forum will also take place during Vejonis' visit to Seoul. During the forum, the Latvian side plans to sign a cooperation agreement with the Korea Importers Association on the promotion of mutual economic relations and international trade, the Latvian president's representatives said.

During his visit, President Vejonis is also scheduled to meet with Chung Sye-kyun, Speaker of the National Assembly of South Korea, participate in the opening of the new building of the Latvian Embassy in Seoul and meeting with managers of Korean electronics giant Samsung.

Vejonis' visit to South Korea is the first visit of a Latvian head of state to this country. Vejonis is accompanied on his trip by Economics Minister Arvils Aseradens (Unity) and Foreign Minister Edgars Rinkevics (Unity), as well as a delegation of entrepreneurs.