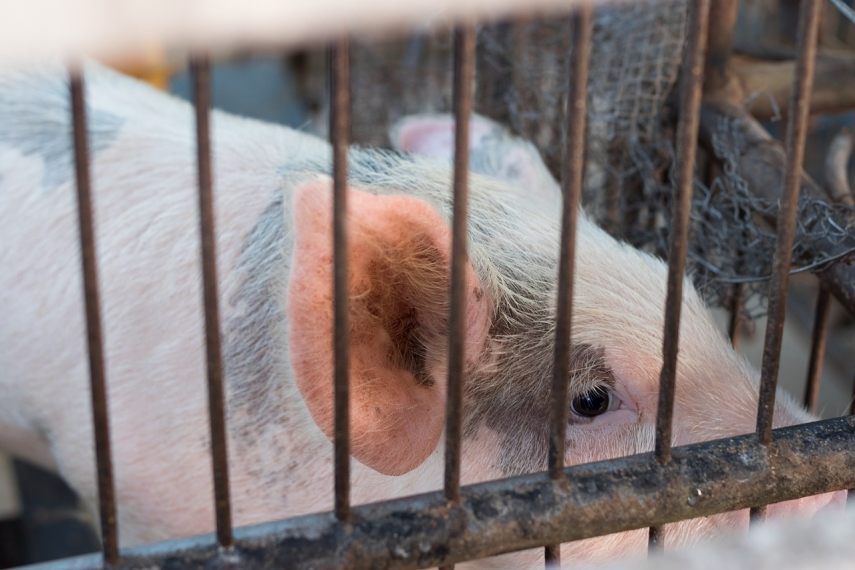 RIGA – So far the largest outbreak of African swine fever (ASF) for domestic pigs has been registered in Druvas Unguri farm in western Saldus county with a herd of 15,570 pigs, the Food and Veterinary Service (PVD) reported.

The Cabinet of Ministers will convene an extraordinary meeting on August 3 to decide on the measured to be taken to curb further spread of the disease.

The Food and Veterinary Service said it was taking the appropriate measures to contain the disease. The pigs in the infected farm will be culled, and an epidemiological investigation has been launched to establish how the pigs had got the disease.

A quarantine zone has been established, and biosafety measures in nearby farms will be scrutinized.

This has been the eighth outbreak of ASF for domestic pigs. All other outbreaks had been discovered in small domestic farms.

PVD noted that the disease is spreading also in other countries. By July 30, 75 cases of ASF for domestic pigs have been discovered in Poland, 38 – in Lithuania, 518 in Romania.

In case of wild boars, so far this year ASF has been found in 666 animals in Latvia.

Druvas Unguri last year generated EUR 3.331 million in sales, up 12.6 percent from a year ago, while the company’s profit dropped six time to EUR 10,962, according to Firmas.lv business database.

The company belongs to 20 Latvian individuals, the largest owner is Teovils Stengrevics (78.1 percent).