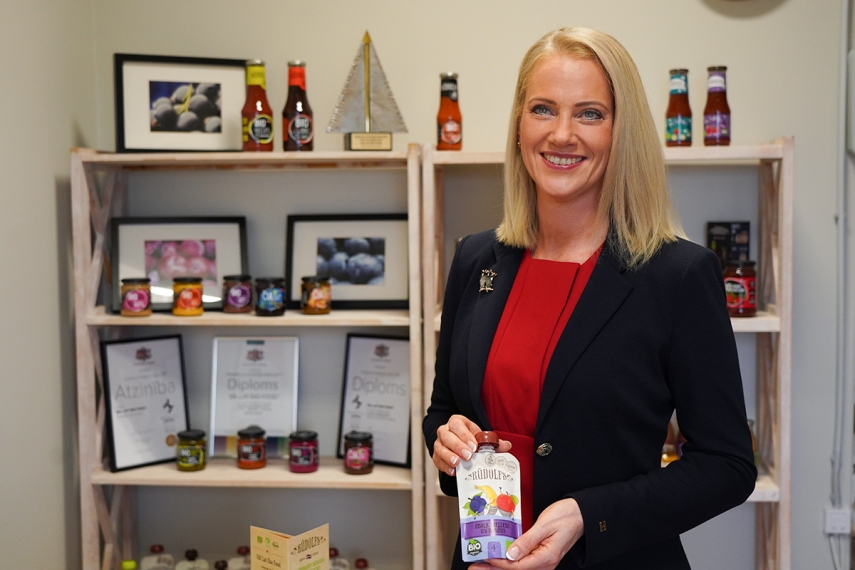 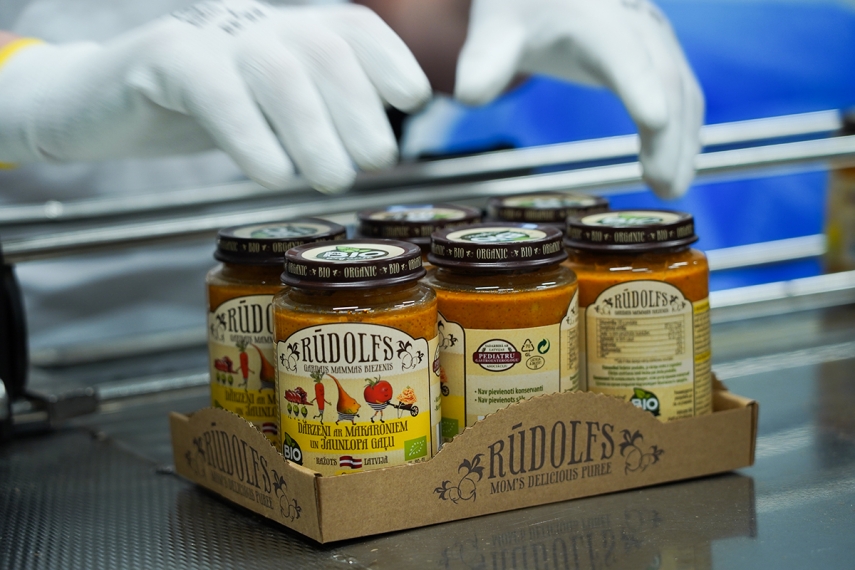 SIA “Lat Eko Food”, whose most well-known trademark on the Latvian market is the organic food brand “Rūdolfs”, has attracted financing from BlueOrange Bank in the amount of EUR 7.4 million. The funds raised are directed to the needs of the company’s economic activity, refinancing of obligations and achievement of its development goals.

The main activity of the company is the production of organic children’s and baby food with no preservatives, dyes, flavours and other artificial ingredients. Since 2015, the company has expanded its activities to produce other organic food products for the whole family, including smoothies, ketchups, fruit and vegetable creams, porridges, juices, hummus, jams and desserts. Today, the company produces more than 200 different types of products at its production facility in Ādaži, which covers a total area of 3,500 m2.

Despite the difficult situation in the Latvian and global market, SIA “Lat Eko Food” managed to maintain stable growth last year. The company’s turnover last year amounted to EUR 6.8 million, which is almost 30% more than a year earlier. Thus, the company exceeded its initial targets for increasing turnover and production capacity. With the installation of new production lines and the development of new products in the next few years, the company plans to double its production capacity and significantly increase its turnover accordingly.

“In our industry, targeted and well-considered investments in production and product development are of key importance, allowing not only to expand the product range and acquire new markets, but also to strive for ever higher product quality. In terms of technological processes, we take care of the taste qualities of the products, as well as the preservation of all valuable nutrients and vitamins contained in ecological, clean and fresh vegetables, berries and fruits. The financing provided by BlueOrange Bank will be an excellent stepping stone to the company’s further development,” says Egija Martinsone, the owner and founder of SIA “Lat Eko Food”.

The brand “Rūdolfs” has won recognition of buyers not only in the Latvian market, but also in other parts of the world. “Lat Eko Food” also cooperates with food manufacturers abroad, offering the production of organic products for other trademarks. In the domestic market, the company sells about 30% of its products and about 70% is exported. The main markets for the company today are the Scandinavian countries Finland and Sweden, as well as Austria, Russia, the Czech Republic, Lithuania, Canada, Singapore, Japan, Israel, the Netherlands and others – more than 30 countries in total.

Considering the strict requirements for the certification of organic and especially baby food, SIA “Lat Eko Food” buys only organic certified raw materials – fruits, vegetables, berries, meat, fish, dairy products and many other raw materials. In support of the local economy, priority in the supply of raw materials is given to Latvian organic farms.

“The creator of the brand “Rūdolfs”, SIA “Lat Eko Food”, present a significant benefit not only for the Latvian state budget and the economy as a whole, but also for the organic farms of Latvia, with which the company successfully cooperates. We are pleased to see among our clients more and more Latvian companies that are able to develop rapidly and export products to dozens of countries around the world. At the same time, the bank’s priority remains small and medium-sized enterprises in Latvia in various sectors, and this year the bank plans to allocate 150 million euros for business development projects,” says BlueOrange Bank CEO Dmitrijs Latiševs.

Currently, SIA “Lat Eko Food” employs 68 employees. The company has received the European Union organic production certificate (the “Green Leaf”) and a number of other certificates of international importance, including the BRC, IFS, and KRAV – Scandinavian certificate for organic food, certifying that the company produces environmentally friendly products, as well as attesting to the minimisation of environmental impact and compliance with the highest quality standards in production processes.

To reduce its ecological footprint, the company currently only purchases renewable or “green” energy. In addition, all production processes are purposefully designed according to the principles of waste-free farming. For example, the peel and residues of fruits and vegetables used in production are transferred to the needs of animal feeding. This year it is planned to install a water recirculation system at the production facility, which will significantly reduce the amount of water consumed.

SIA “Lat Eko Food” was founded in 2010 and opened its production facility in Ādaži, Muižas Street 18A, in 2014. The founder of the company is Egija Martinsone, who started producing baby food with the birth of her son Rūdolfs, after whom both the new production and the line of organic baby products are named. SIA “Lat Eko Food” is still the only production facility in Latvia offering specialized ecological nutrition for children and infants.