Shadow of corruption lingers over road construction in Latvia 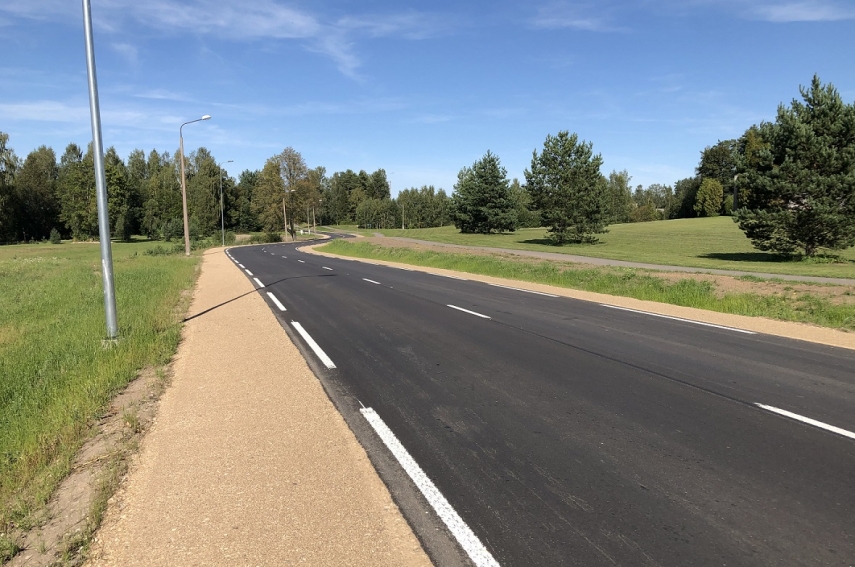 The Corruption Prevention and Combating Bureau (KNAB) suspects Strods of leaking information about LVC tenders to businessman Armands Zeihmanis, who is also involved in the Daimler bribery case.

Zeihmanis is already the accused person in another Daimler bribery case, a violation performed several years ago.

The program Nekā Personīga has obtained information that investigators are also looking into the scandalous road electrification procurement earlier red-flagged by its journalists. In that case, LVC was eager to make a deal with the company RECK, although the enterprise demanded two and a half times more money than initially planned by LVC.

Detained Zeihmanis and the lucky participant of state procurement procedures, RECK, have one thing in common. Both are linked to Armands Garkāns, the owner of construction contractors Arčers and Binders. Garkāns was interviewed by KNAB in the construction cartel case in the beginning of September.

From two to three million hundred euros are invested each year in road construction and renovation in Latvia. The public procurement tenders are managed by the state stock company LVC. The board of the company so far consisted of three members, including its chairman, Jānis Lange, as well as Mārtiņš Lazdovskis and Edgars Strods.

Since Edgars Strods was detained by KNAB at the beginning of October, the board is left with only two members.

Strods is suspected of having abused his position in informing possible candidates of procurement contracts about LVC plans.

The second detainee is businessman Armands Zeihmanis. It is not the first time when he is suspected of violating law. Zeihmanis is one of the accused persons in the Daimler bribery case, now in jurisdiction of the Riga Vidzeme Disctrict Court.  Several confidants of former Riga mayor Gundars Bojārs are accused of demanding a bribe from suppliers of buses and trolleybuses, and also of money laundering. Zeihmanis is held responsible for supporting money legalisation when he together with former Riga City Transport Council Chairman Leonards Tenis acquired and ran the hotel Kurhotel Simader in Austria.

According to Lursoft data, Zeihmanis has historically close links to the business empire of influential entrepreneur Armands Garkāns. He and members of his families have held positions in several companies where the actual beneficiary was also Garkāns. SIA A7 Betons was one of these companies.

The same legal address hosts the road construction company Binders, also partially owned by Garkāns.  Binders has so far been highly successful in LVC road management tenders. In 2018, it signed contracts worth 29 million euro and in cooperation with A.C.B. another 38 million. These sums are three to four times bigger than those signed by the next most important road building and management company, Igate.  Representatives of Binders deny KNAB’s interest in the company’s operations in any criminal proceedings.