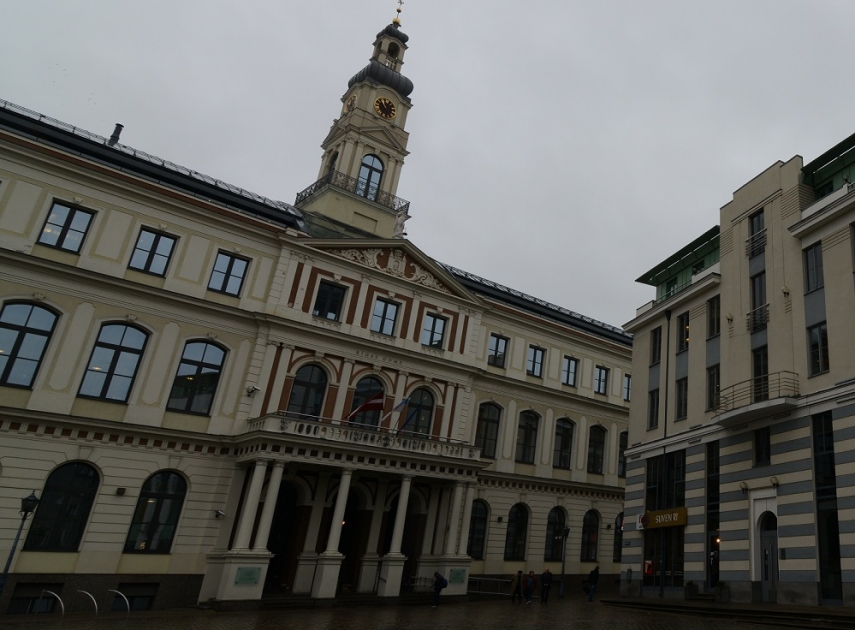 RIGA - The Saeima Budget and Finance (Taxation) Committee today endorsed the bill on the dissolution of Riga City Council ahead of its final reading in Saeima.

The parliamentary committee rejected all proposals submitted by the opposition, so no changes were made to the bill before it was sent for the second reading in Saeima.

Coalition lawmakers took into consideration the Saeima legal office's warnings about high constitutionality risks, as well as an effective lack of a violation warranting the council's dissolution.

Opposition lawmakers questioned the regulation concerning an interim administration, but the coalition dismissed these concerns.

MPs of the KPV LV party, who in the first reading voted against the bill, supported it in today's vote.

Saeima endorsed the bill on the dissolution of Riga City Council in the first reading and sent it to the Budget and Finance (Taxation) Committee on December 18.

The bill provides that the Riga City Council should be dissolved because the local authority has repeatedly failed to fulfill one of its functions - to ensure the provision of waste management services in the city.

The bill, which has been drawn up by the Environmental Protection and Regional Development Ministry, was supported by a majority of Cabinet ministers, with only Welfare Minister Ramona Petravica (KPV LV) and Interior Minister Sandis Girgens (KPV LV) voting against it.

Environmental Protection and Regional Development Minister Juris Puce (For Development) argued that Riga City Council should be dissolved because it had systematically failed to deal with the waste management issues in Riga.