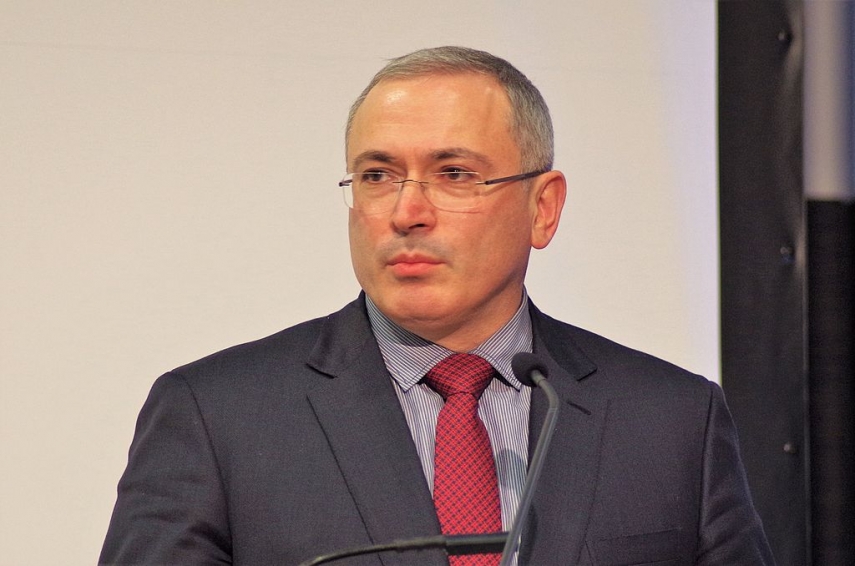 PAUNGURIAI – Russian opposition politicians expressed their hopes during a visit to Lithuania the ongoing war in eastern Ukraine will stop after Volodymyr Zelensky was elected Ukraine's president.

"I really hope that human casualties in Donbas will stop soon. This is the most important thing Ukrainians expect from their new president," Mikhail Khodorkovsky, a Russian oligarch-turned dissident, told journalists in Lithuania's Trakai District at the end of the Vilnius Russia Forum.

"All normal Russians don't want the bloodshed in Donbas," he added.

The war between Ukraine's government forces and Russia-supported separatists in Ukraine's eastern regions of Donetsk and Luhansk has been taking place since the spring of 2014.

Back in 2015, Ukraine, Russia, France and Germany agreed on a ceasefire under the so-called Minsk Agreements, but military action continues ever since.

Vladimir Kara-Murza, a well-known Kremlin critic, said the Russian government does not admit it is taking part in the conflict in Ukraine as many Russians don’t want war in this country.

"The Kremlin's propaganda attempts to show that an internal conflict is taking place in Ukraine, (…) and all people who prove otherwise (…) face a threat of the government's brutal repressions," the opposition figure said.

He says it's possible to cease fire in eastern Ukraine but it will be way harder to normally agree on peace and the return of territories.

"It's a war that was started not by Ukraine and not by Russia. It was started by the Putin regime. It seems to me that in fact this problem will be fully resolved only after the Russian regime is replaced by a normal democratic government," the activist said.

Zelensky assumed the presidential office several weeks ago and pledged that seeking peace in eastern Ukraine would be one of his key goals. And separatist leaders have also spoken about possible peace talks.

Lithuanian Minister of Foreign Affairs Linas Linkevicius, who met with Zelensky in Kiev before his inauguration, said the Ukrainian president is "very determined to seek peace" but "not to give in in principled positions and not to make any concessions."

"He wants to reach an agreement but does not want to do that by violating Ukraine's interests," the minister said. "It's very hard to say how he will manage to do so (…) but we will help the country as much as we can, just as we have done that so far."

"It’s been a third time already there that an incumbent president loses an election ands leaves. It has never happened in our whole history," the Russian opposition figure said.

Over 13,000 people have died during the conflict which has been taking place since 2014.

The Vilnius Russia Forum has been held since 2013.