Russia's war against Ukraine is a war against democracy, common values and the understanding of coexistence - EP vice president 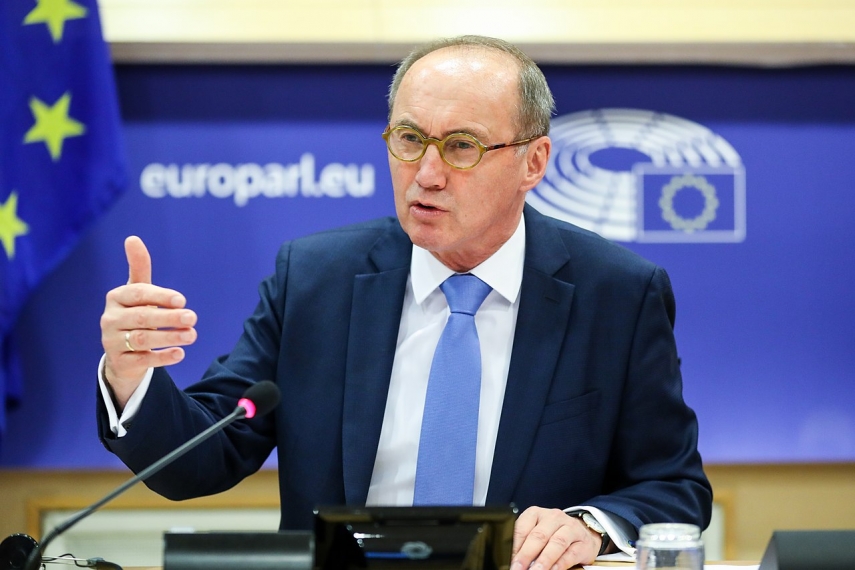 RIGA - Russia's war against Ukraine is a war against European democracy, common values and the understanding of coexistence, which is why we must counter this attack with all the tools to our disposal, Othmar Karas, the vice president of the European Parliament, told LETA in an interview.

Karas pointed out that the war in Ukraine is not only the focus of the European Union (EU), it must be the focus of all the world's democracies, because it is a war, not a small conflict.

"In the EU Council, we decided to implement the fifth package of sanctions, and now we have to prepare the sixth and seventh packages in case Russia does not stop the war. It is clear that we need to do this. We have learned quite a lot, we need to lessen our dependence on Russia, including in energy. We also need to strengthen unity within the EU, as we are much more efficient when we are united," said Karas.

He also emphasized the need for a common EU foreign, security and defense policy, as well as a European energy union. ''We must also send a strong message to Russia and the Member States need greater solidarity in the EU,'' he said.

According to Karas, a common policy on refugees and migration is also needed. Although Poland, the Baltic States and Bulgaria currently host the majority of Ukrainian refugees, a solidarity mechanism is also needed within the EU so that countries can help one another.

"It is very clear to me that our message has three pillars: the fight against Russia's war and support for Ukraine in its struggle for freedom, peace and sovereignty, assistance to refugees and the establishment of full energy independence," said the EP Vice-President.

He reminded that sanctions are not just being introduced by the EU. The bloc has good relations within the transatlantic alliance, with the United States. The EU also has strong support from Great Britain, Switzerland, Australia, Canada and other countries. The Western world is working closely together.

"For the first time, the EU has decided to use European money to strengthen Ukraine's armed forces. Many of our Member States have sent armaments to Ukraine, and other countries that have not been able to do so have sent both financial resources and other aid," he said.

According to him, the EU has been united in this regard since February 24. According to Karas, this is an absolute necessity. ''If we are not united, then we are playing Putin's game, which is why the Member States must be united.''