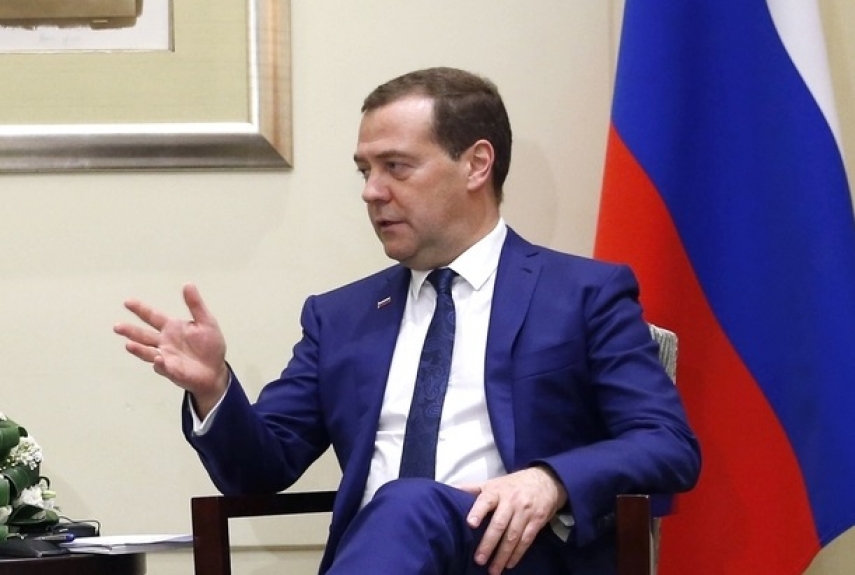 MOSCOW - The tactics of sanctions and political pressure is "the worst way of doing business" with Russia, Russian Prime Minister Dmitry Medvedev said.

"We are going through a very difficult period in the relations between Russia and the European Union, which includes Bulgaria," Medvedev said in an interview with the Bulgarian newspaper Trud before his visit to Sofia.

"Economic sanctions and political pressure that the EU is exerting on Russia at the instigation of the United States are the worst way of doing business with other countries. It has not benefited anyone," Medvedev said, responding to a question as to whether there is stagnation in the economic relations between Russia and Bulgaria.

At the same time, he said that "Russian-Bulgarian trade-economic ties continue developing even in such difficult conditions, although not to their full capacity."

Bilateral trade turnover was some $3.5 billion in 2018, showing virtually no change, although in 2017 it had increased by 24%, Medvedev said.

"Our trade turnover with the entire EU has been actively increasing for two years in a row," Medvedev said.

The Russian prime minister called "to look for interaction options more actively together." The Russian-Bulgarian intergovernmental commission on trade-economic and technological cooperation resumed working last year following a three-year break. "Its task is to join and increase our capabilities in various spheres," he said.