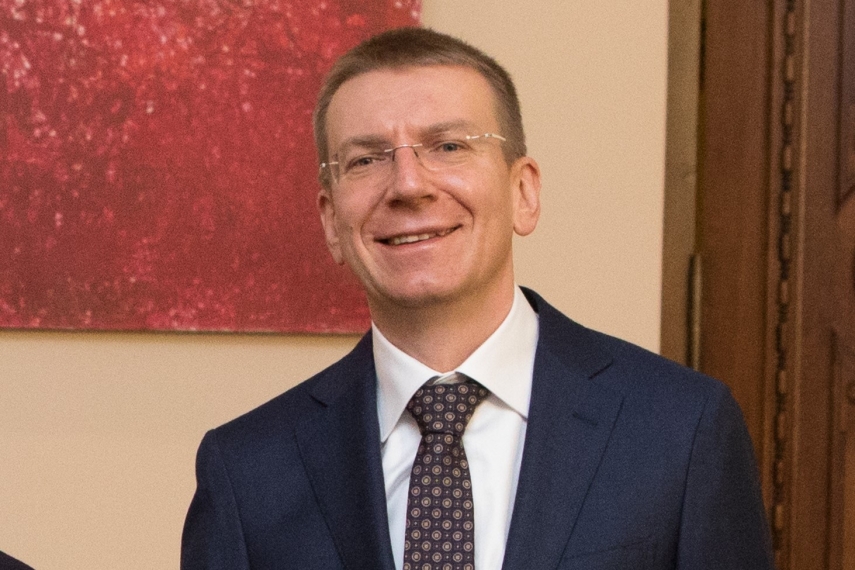 RIGA - It is necessary to look for common denominators to reach political compromises between member states in talks on the European Union’s next multiannual budget, Latvian Foreign Minister Edgars Rinkevics (New Unity) said at a meeting of the EU General Affairs Council in Brussels.

As LETA was told at the Foreign Ministry, representatives of member states at the meeting discussed progress in negotiations on the EU Multiannual Financial Framework for 2021–2027 and made preparations for the European Council meeting scheduled for March 21 and 22.

In a discussion on the EU Multiannual Financial Framework for 2021–2027, the Latvian foreign minister drew attention to the need for seeking common denominators to reach political compromises between member states.

In that context, answers must be found to several questions, Rinkevics said. One of them is the overall amount of the EU's multiannual budget. The second question is how to ensure higher effectiveness of the Common Agricultural Policy (CAP). The third issue is related to the ability of the EU multiannual budget plan to ensure convergence – the bridging of socio-economic disparities among the EU member states’ regions.

"Latvia's priorities remain unchanged. Latvia finds unacceptable the reductions in the Common Agricultural Policy and the Cohesion Policy. According to the European Commission's proposal, by 2026, Latvian farmers will have reached only 77 percent of the EU average level of direct payments. Neither is Latvia satisfied with the diminished funding in the rural development sector. When reducing the national envelope, the funding cuts effected during the current period should be taken into account. It is important for Latvia that funds be ensured for the Rail Baltica project. The application of geographical criteria in the Horizon Europe programme is of equal importance, since that would help promote integration within the common European research space," Rinkevics said.

The General Affairs Council is convened on a monthly basis and in the first half of 2019 its meetings are chaired by the Romanian Presidency of the Council of the EU.