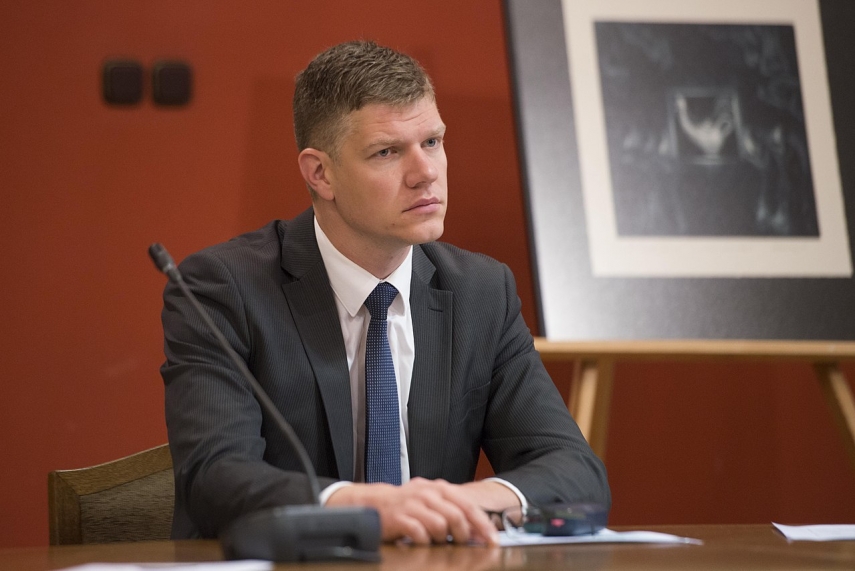 Kirsis argues that Jakrins has to be fired due to the State Audit Office's findings questioning the use of some of the Riga transport infrastructure spending items.

The Traffic and Transport Affairs Committee is planning to discuss the Audit Office's findings during a meeting on February 15. Jakrins will also participate in the meeting, and Kirsis proposes the committee to consider dismissing Jakrins from his job. That means that at the beginning of the meeting, the committee's members will have to decide whether to include Kirsis' motion in the meeting's agenda.

Riga Mayor Nils Usakovs (Harmony) said following the Audit Office's report that no reorganization at the Transport Department was necessary.

As reported, the local authority of Riga has misspent EUR 5.4 million that were supposed to be used to improve the city’s transport infrastructure and the use of another EUR 9.1 million is untraceable, the State Audit Office has concluded. The state auditors claim in their report that municipal officials have failed to use public funds effectively, economically and in line with the law as they organized construction, renovation and maintenance of streets, roads, squares and parking spaces in the city.

Usakovs responded that many of the remarks made by the State Audit Office are theoretically correct, but it is hard to implement these recommendations in real life. He explained that all street repairs depend on limited budget resources, and the Riga City Council has started significant street repair projects only in 2015.