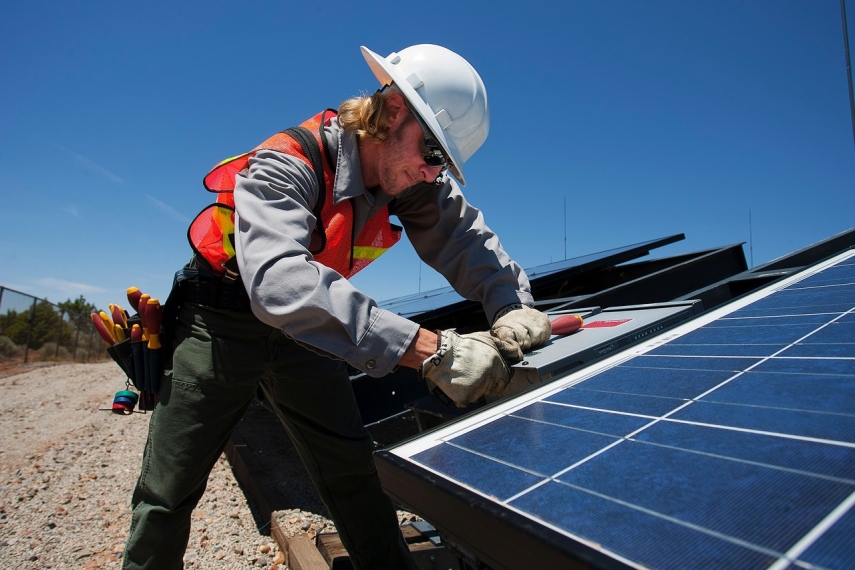 TALLINN – The Estonian labor market has an increasing need for people with specific skills and knowledge and companies are also moving to regions with a strong talent base, it appears from the "Labor Market 2035" report of the Foresight Center.

"The implementation of automatized solutions is already today reducing the number of routine jobs requiring a low skill level and few cognitive skills," it is said in the report on the future directions and scenarios of the labor market.

A large part of those jobs have to do either with people's skills regarding the application of technology or skills to do things that machines cannot do, for example, solve problems creatively, be empathetic and willing to cooperate.

The authors said that people should be content with the given change as a greater number of more complex jobs means movement toward a knowledge-based and innovative economy.

At the same time, the report shows that the duality of the labor market and polarization of people's incomes is ever deepening. At that, jobs requiring an average skill level are rather disappearing and jobs with a lower skill level are emerging in new fields.

"As welfare increases, demand for simpler personal and convenience services will increase, which means that there may be jobs, but the income received from that is often several times lower than in a job requiring a high skill level," it is said in the report.

The authors said that looking at the future of the labor market, the issues of demographic developments and migration cannot be ignored. A prolonged life and a birth rate lower than the recovery level has resulted in the share of dependents in Europe gradually increasing compared with the working-age population. Estonia, hereby, is no exception.

"In recent years, the topic of migration has become burningly critical in the plans of the European Union and it is unclear whether development will move toward reclusion or openness in the future," the authors said.

As a result of the combined effect of the aforementioned factors and trends, the authors of the report compiled four alternative development paths for Estonia. These are multivariate development paths with their fundamental possibility being an important factor. All scenarios under analysis may be realized and one must be prepared for the realization of each one of them.

According to the first scenario, Tallinn is to become an international talent center. The economy, at that, is to develop quickly, but a certain portion of the workforce is dissatisfied with the increasing societal and regional inequality and considers the change to be too drastic.

According to the second version, Estonian companies are to have the opportunity to modernize their activity and processes and transfer to more innovative business models, but the shortage of talent caused by the restrictions on labor migration sets restrictions on development. According to this development, the Estonian economy will suffer from a shortage of innovative and beginning breakthrough companies, which means a slow change in the employment structure and limited self-realization possibilities on the labor market.

The third scenario foresees Estonian companies postponing automation as it is relatively easy to find and recruit a workforce from third countries and with a smaller income. Elsewhere in the world, automation brings an efficiency victory and over time, Estonian companies will also be forced to either invest in technology or lose their competitiveness. Extensive migration, weak salary growth and growing unemployment will bring along dissatisfaction in the society.

According to the fourth development path, automation and limited labor migration will simultaneously cause a drop in employment with regard to routine jobs as well as a shortage of people necessary in fields requiring more complex skills. Routine jobs will disappear, but there are not that many new job opportunities. Should this scenario come true, the society will be faced with a new demanding challenge of giving a different sense to work and work values than before.

The aim of the "Labor Market 2035" analysis direction of the Foresight Center is to introduce the more significant labor market changes in Estonia to those interested and decipher them from the perspective of policy-making.

The tasks of the Foresight Center, a think tank at the Estonian parliament, include the analysis of the society's long-term development, discovery of new development directions and the compilation of development scenarios.