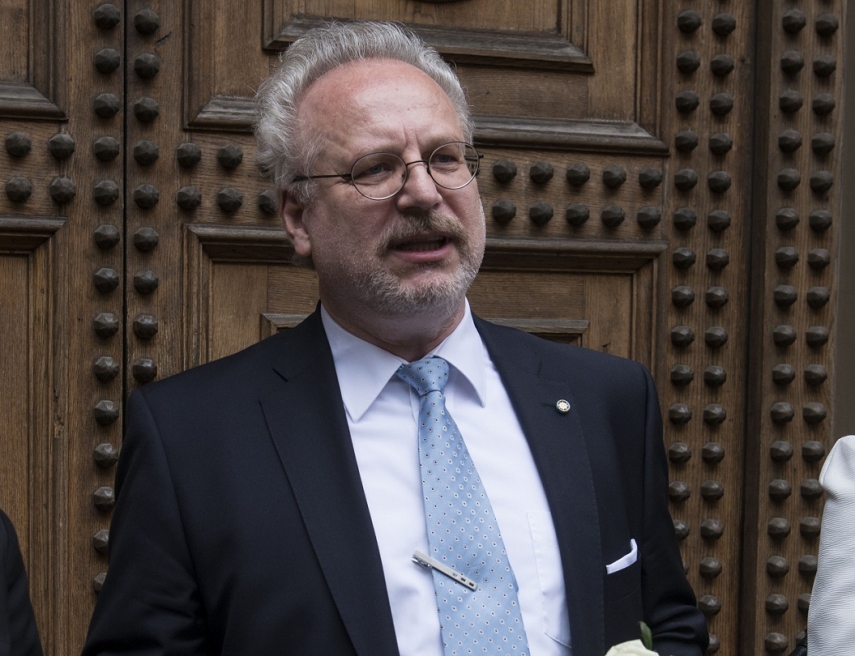 RIGA - In an interview on Latvian Television this morning, President-elect Egils Levits said that Latvia must form good relations with Russia, but that these relations must primarily be formed in context with EU foreign policy.

He said that good relations must always be formed with neighbors, but added that this is a two-way street. ''Our side has this good will, we have always had and always will have,'' Levits said.

However, the president-elect added that relations with Russia must primarily be formed in context with the EU's foreign policy.

Asked if he would attend May 9 celebrations in Moscow if invited by the Russian side, Levits said that he would not. ''I would not be able to visit this even in its current format. We have our position on this matter - well-founded and legitimate,'' he said.

As reported, Saeima yesterday voted in European Court of Justice Judge Egils Levits as the new president of Latvia.

61 MPs voted for Levits, who was the candidate of the ruling coalition.